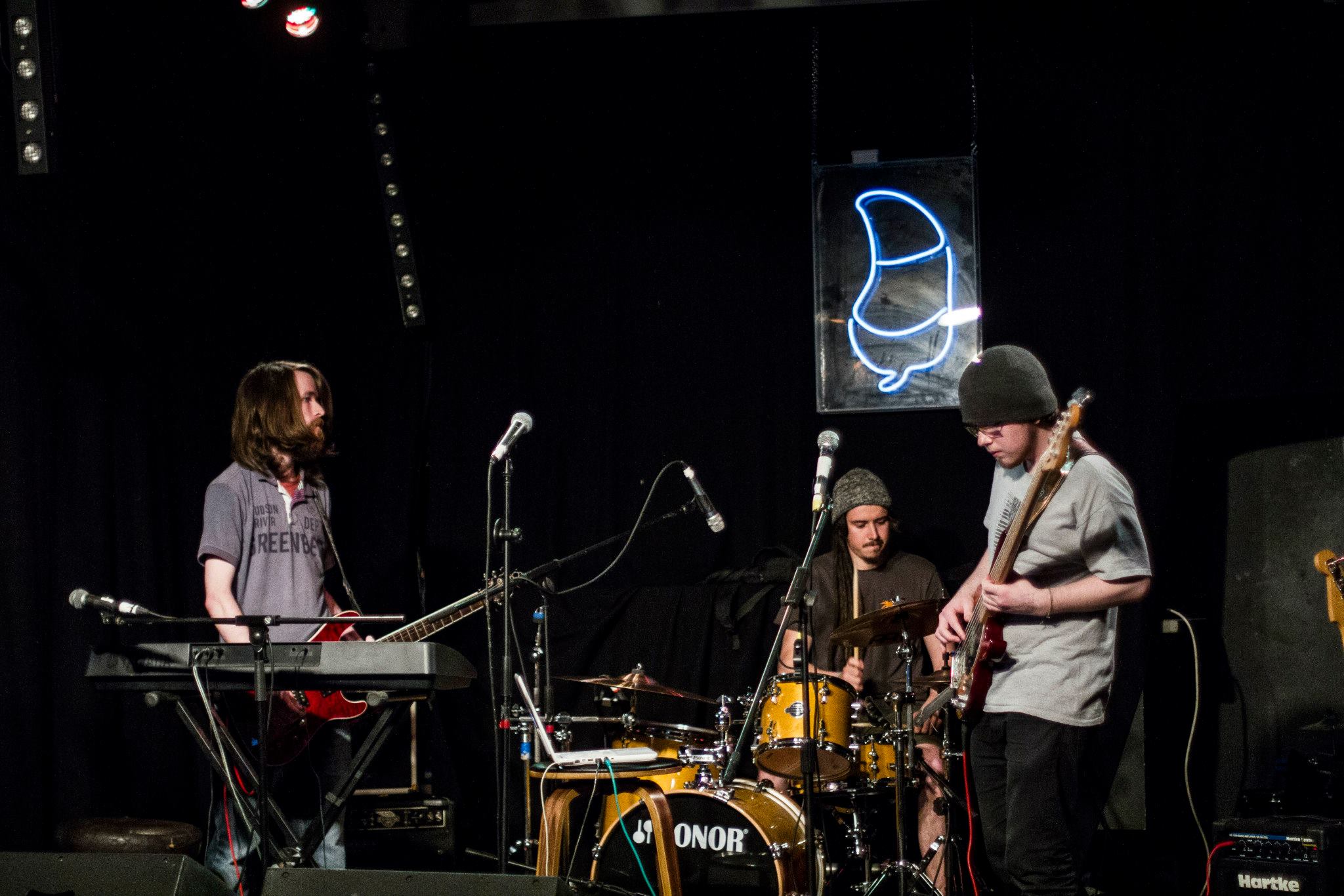 Auxiliary Phoenix Trio are a jazz-fusion hip-hop troupe. They will play the Record Room with Gavin Davinci

Prima Volta began as a 3-day music festival as part of The Limerick City of Culture 2014. With a focus on left-field hip-hop and beat orientated music, the weekender hosted an array of International and local artists. Featuring acts such as Kutmah, Fatima, Illum Sphere and Limerick’s own; mynameisjOhn featuring Same D4ence.

After a 4 year hiatus, the project returns with a series of gigs aimed at giving a new platform to Irish artists and introducing some of the country’s finest talent to some fresh ears…

Led by producer and composer James Strain, Auxiliary Phoenix Trio are a jazz-fusion hip-hop troupe rounded out by James McDermott on keys and Jake Quinn behind the drums. The group originally came together in pursuit of a novel means of transposing the jazz-influenced hip-hop Strain concocted for his EP Camelopardalis into a live environment. From there, the trio’s sound has continued to evolve, captivating hip-hop heads and jazz aficionados alike.


Transcending genres and tearing up the rule book when it comes to writing a hip-hop album, beatmaker and MC Gavin DaVinci has been blazing a trail in 2018.

His self-produced debut album ‘Mr. MAAD the Inventor’ received rave reviews and ‘Ilovethataboutyou’ was one of the anthems of the summer. The Tipperary MC belies his young age with thought-provoking lyrics and hard-hitting beats and continues to go from strength to strength as he hones and develops his craft.

His live performances have also been turning heads with the self-proclaimed mad scientist always delivering an energetic and commanding show.

Gavin will be performing tracks from his debut album on the night while also debuting new material from a forthcoming EP comprising of jazz influenced beats produced by his DJ, Mankyy.

Gavin DaVinci and Auxiliary Phoenix at the Record Room. Doors 9 pm. €10 on the door €7 for students and unwaged persons.