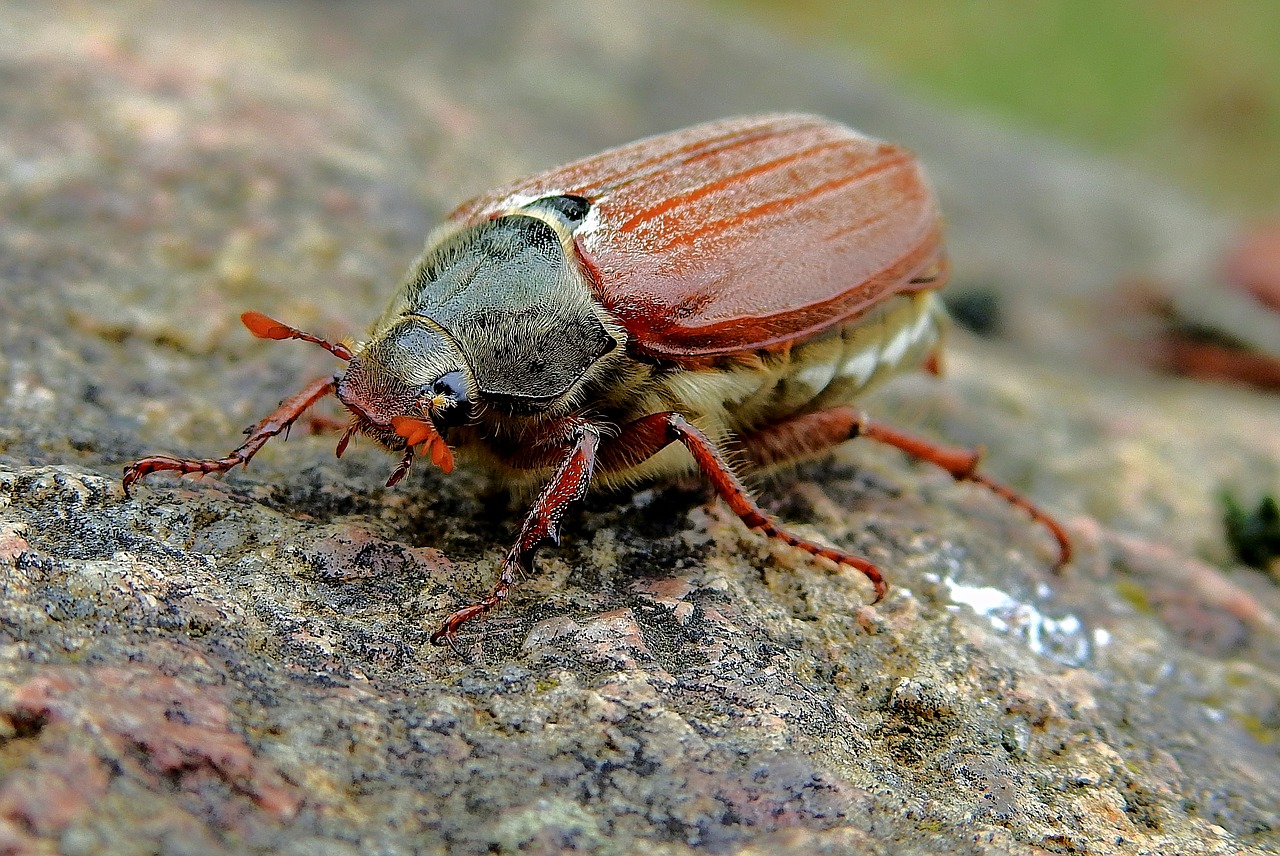 Going Wild at home with the Maybug

Pictured here is the Maybug. Going wild at home

Going Wild at home with the Maybug

I was moving a well-established comfrey plant that was growing in stacked tyres. Comfrey is one of the best all-round herbs that I grow in my garden.  Its leaves can be made into a liquid feed and a few placed under newly sown potatoes helps protect them from pests and diseases. Traditionally it was made into an herbal tea and also applied as a poultice to help broken bones heal.

My plant broke up into around a dozen pieces and over the years I have given these away as presents. The only word of caution is to grow in a container or pot as comfrey can easily spread. Harry was rooting around where the comfrey had been growing when he spotted a very large caterpillar.

I picked it up and I knew I had seen this species before, but I couldn’t get the name of the tip of my tongue. It had a pale body with an orange head and was very strong as he wriggled in my hand. We took a few photos and we placed across the stream at the back of the garden and away from the eyes of the greedy robin.

Later on, we did a quick bit of research and our caterpillar belonged to the May bug or also known as the cock-chaffer beetle. These are large beetles, up to 3cm, and bumble around during the night. They often bank into people’s faces and I have convinced that many so-called “bat landings” are really these insects.

The herb comfrey pictured in a garden.

I have often caught them in the moth trap and in the morning they are fairly docile and this is a great opportunity to have a really good look. The first thing you notice is that they have a very strong grip but this causes no harm. They are also well armoured with a tough exoskeleton but this is no match for our largest species of bat, the Leisers.

The most outstanding feature is their massive antennae. The male have seven leaves or parts to his antennae while the female only has six. The male uses his to detect the pheromone trail left by the female and using his sense of smell he can find her in complete darkness.

People are often afraid of cockchafer’s beetles as they have what looks like a larger stinger on their bodies. This is called a pygidium and she used this to push her eggs deep into the soil, from 10-20cm.

When the grubs hatch they spend up to four years underground and this is when they can do real damage. They eat the roots of plants, vegetables, and especially potatoes.

This is one of the main reasons while the soil was ploughed and dug in the autumn. This exposed the grubs to the hungry beaks of the birds and especially members of the crow family. Maybug grubs were once known as rookworms.

The adults eat leaves and flowers and if they can avoid being eaten will only live for around two months. The advent of modern pesticides nearly wiped out May bugs. But with an increasing concern for humans and the natural world’s health and a reduction in chemical use, this beautiful bug is on the increase.

May bugs had some interesting uses. In ancient Greece, kids would tie a piece of linen to its legs and be entertained for hours as the poor insect flew around in circles.

In France 200 years ago there was a recipe for adult May bugs. First, fry the adults in butter without the wings and legs. Cook in chicken soup with a little veal. Serve on toast with chives. Bon appetite. Going wild at home

To learn about other beetles living in Ireland, click here