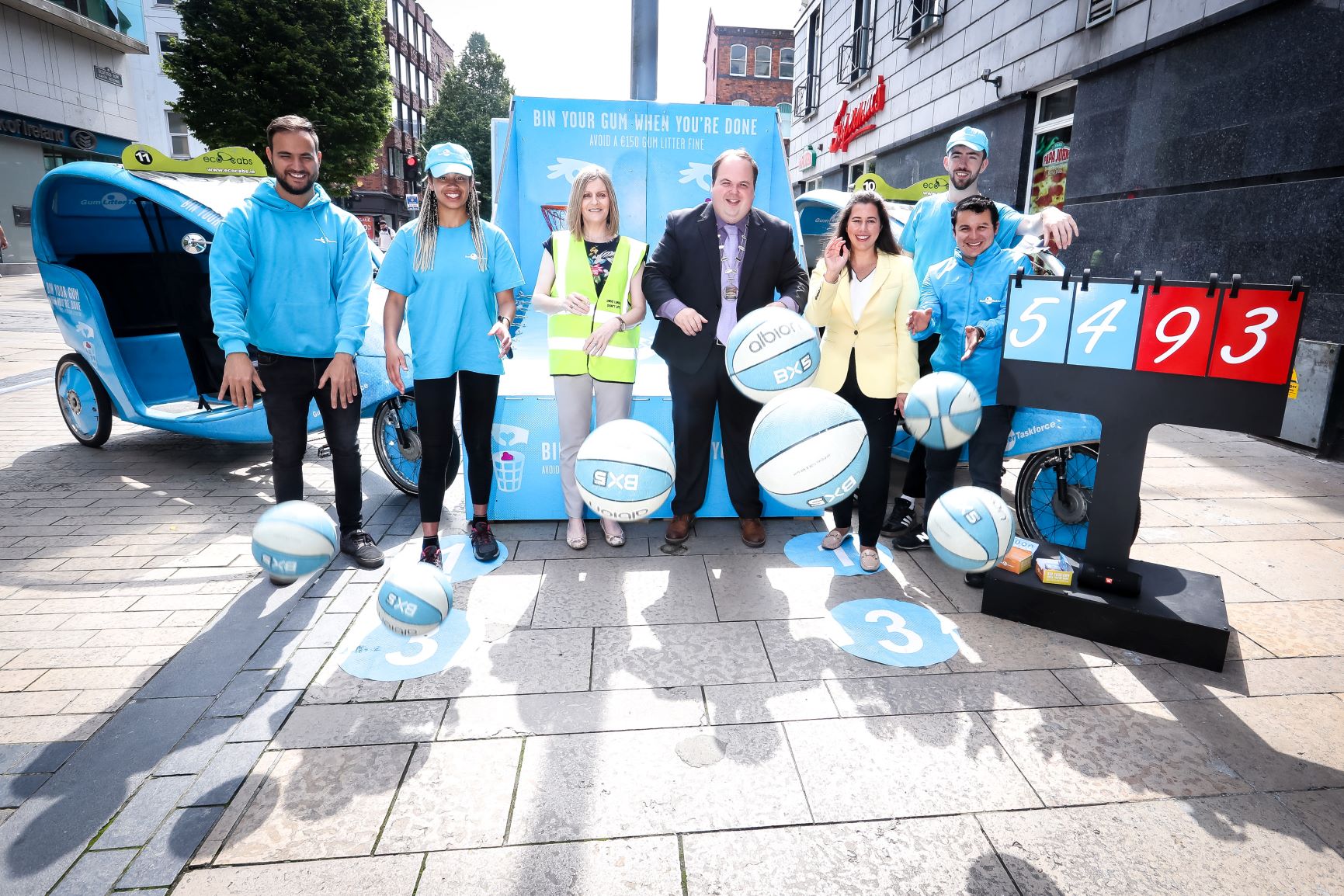 The Deputy Mayor of the City and County of Limerick, Cllr Adam Tesky officially launched the Gum Litter Taskforce’s gum litter education campaign in Bedford Row, Limerick City, on Tuesday, June 25. The Gum Litter Taskforce (GLT) has been successful to date in changing the public’s behaviour by encouraging correct gum disposal through a targeted education and awareness campaign.

The 2018 campaign maintained an all-time high of 93% of people stating that they regard chewing gum as litter, up from 74% when the campaign first began in 2007, pointing to the attitudinal impact which the campaign has had to date.

Research commissioned by the Gum Litter Taskforce and conducted by Kantar Millward Brown during the 2018 campaign has highlighted the campaign’s positive effect on people’s behaviour towards gum disposal. The latest results show that 88% of people said that they always dispose of their gum correctly, up from 54% when the campaign first began.

Speaking at the launch, Cllr Adam Tesky, the Deputy Mayor of the City and County of Limerick, said, “The Gum Litter Taskforce’s gum litter education campaign is a fantastic initiative which harnesses community spirit and channels it towards achieving a common goal, that of ridding our streets of littered gum. I am delighted to see local communities from right across the county coming together again this year under the GLT banner in an effort to make a positive change within their respective localities. The GLT campaign has made some very positive inroads to date on this issue and I hope that the campaign will continue to do so again this year.”

Paul Kelly, Chairman of the GLT, added, “Since its inception, the GLT campaign has sought to educate the public on the correct manner in which to dispose of used gum in a bid to tackle improper gum disposal. The latest research results have shown how this ambition has been made a reality, with 88% of people now saying that they always dispose of their gum correctly. Going forward, we will look to build on these positive results further still and will continue in our efforts to fully rid our streets of littered gum. Today’s launch is part of a broader nationwide campaign which includes an advertising campaign and a school’s education programme, Bin It!”. 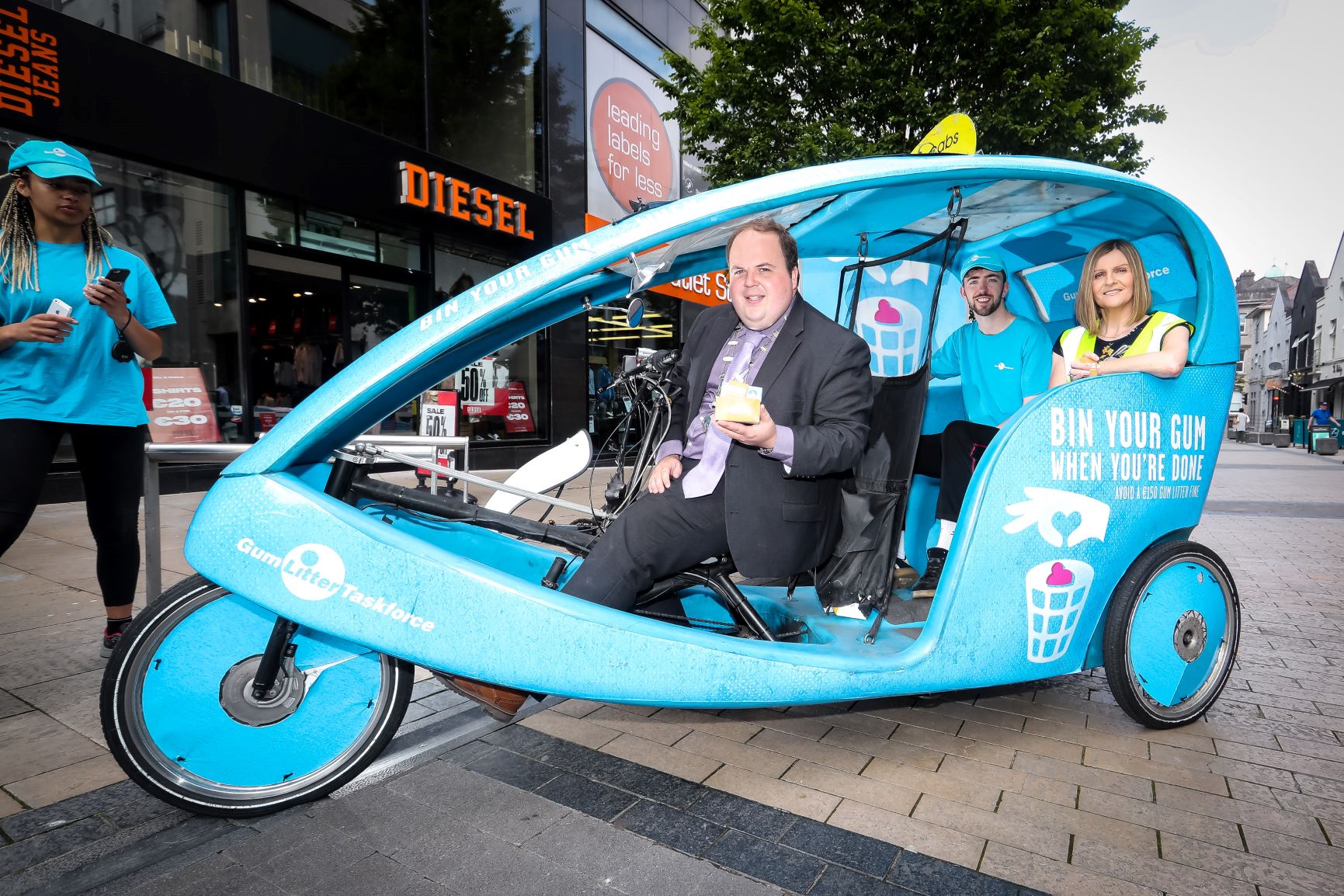 Katherine Hogan, Corporate Affairs Director, Mars Ireland said, “Mars Wrigley Ireland are delighted once again to be part of this positive and vibrant campaign. Through awareness-raising and educational initiatives, the GLT campaign has had demonstrable success to date in changing behaviour and attitudes towards gum litter and encouraging positive gum disposal. Although industry-funded, the GLT campaign would not have been able to reach the heights which it has to date without the enthusiastic buy-in and hard work of local authorities and local communities right around the country in tackling the issue of littered gum head on. As ever, we look forward to matching this spirit of enthusiasm through our continued support for this campaign and to playing our part in tackling the issue of gum litter shoulder to shoulder with communities the length and breadth of the country.”

The 2019 campaign is the second in a three-year cycle which commenced on foot of a negotiated agreement between the Department of Communications, Climate Action and Environment and Food Drink Ireland (FDI) representing the gum industry.

For more information on the Gum Litter Taskforce, go here.

For more stories on the Gum Litter Taskforce, go here.