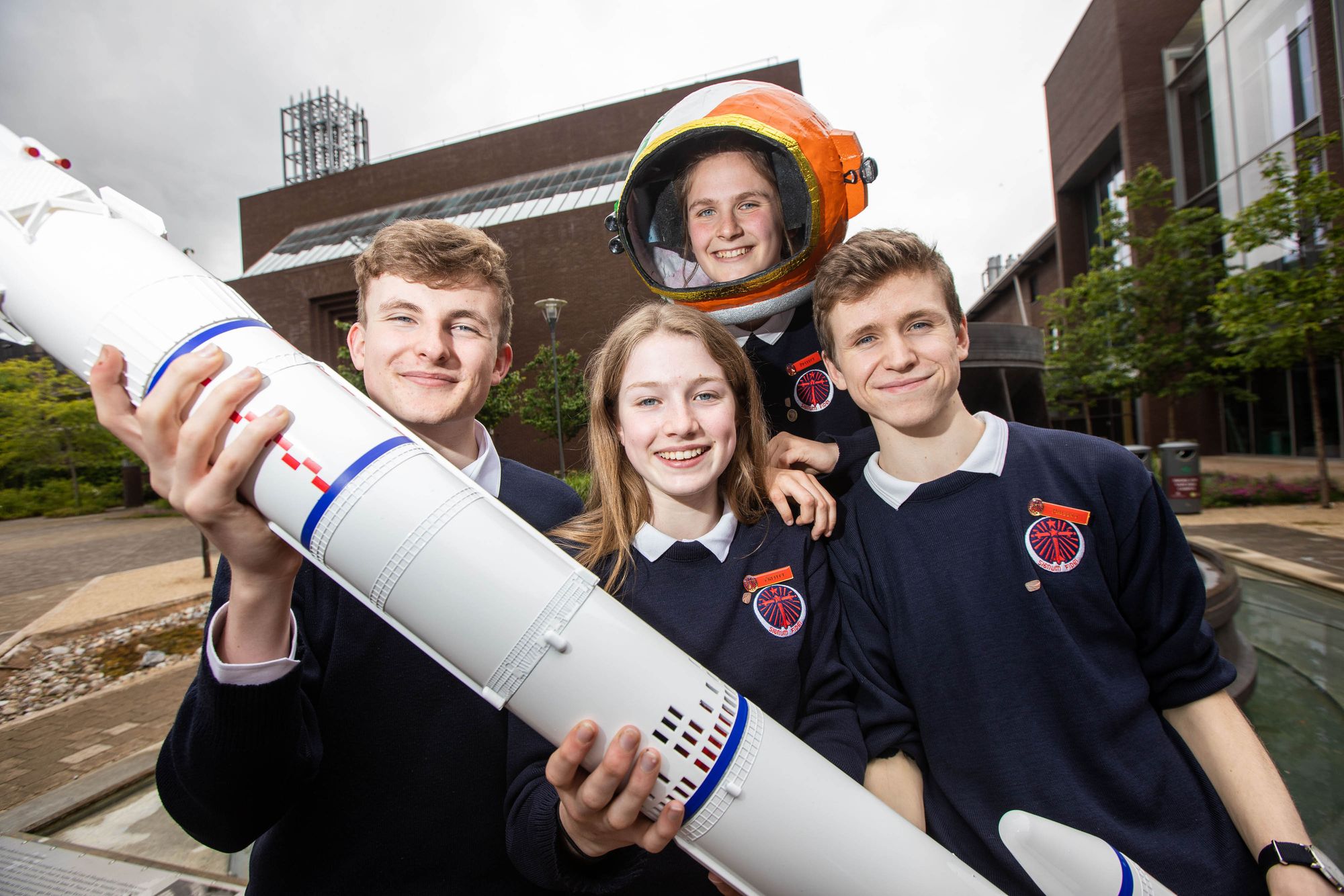 A group of secondary school students investigating ways of growing crops in space are to have their project tested on a microgravity flight.

The team from Skerries Community College in Dublin will be the first ever Irish teenagers selected for the flight due to a unique partnership between the Irish Composites Centre (IComp) at University of Limerick’s Bernal Institute and Project PoSSUM (Polar Suborbital Science in the Upper Mesosphere).

The Irish Composites Centre was established in 2010 under the EI/IDA Technology Centres initiative. Hosted at the University of Limerick (UL), IComp is a partnership between UL, University College Dublin (UCD), Athlone Institute of Technology (AIT) and NUI Galway (NUIG). It is supported by world-class academics and a dedicated team of highly experienced researchers.

IComp UL students were asked to design an experiment for testing on a parabolic flight and the Skerries team hope to address some of the challenges associated with developing sustainable sources of food for long term space exploration. The project will investigate the feasibility of fine water mist absorption in microgravity.

The students are Sam Enright, Clíodhna O’Reardon, Evanna Niall and Adam Kelly – who won this year’s BT Young Scientist and Technology Exhibition. Team captain Sam Enright said, “We are delighted, it is never something we imagined we would be doing, making an experiment to go ‘into space’ on this microgravity flight and to learn insights into that. We went through a lot of ideas and because the brief was very specific, focusing on environmental impacts, we settled on growing plants, which is something that is going to be terrifically relevant to the future of space exploration and is completely necessary if you want to go to Mars or any further distances. So that is what motivated us.

“We were thinking about what would change versus what would stay the same in microgravity. The problem is going to be that you can’t just get out a watering can to water plants on the ISS or on a space station in some sort of modified gravity, compared to what they evolved for on Earth. So we thought if you had some sort of mist-system to spray water – and we investigated soil, rather than plants because that is going to be more necessary and maybe could be an approach that hasn’t been looked at as much,” he added.

PoSSUM will fly a number of microgravity flights in Ottawa, Canada at the National Research Council (NRC) that will include a number of different experiments, including the Irish one.

The initiative was led by Dr Norah Patten, Project Manager at IComp UL, who said, “This is an opportunity for students to develop skills in STEM, teamwork, research and creativity – all of which are skills that are required throughout our careers. And what better place to develop these skills than a microgravity flight opportunity?”

“We have an exciting and busy summer ahead to get the experiment flight ready. I would have loved to have had this opportunity as a teenager,” she added.

The initiative was created to honour the legacy of the Mercury 13, thirteen American women who underwent some of the same testings as the original all-male group of NASA astronauts in the 1960s.

For this project, students were required to team up, with either a female lead or a minimum of two females per team, and develop ideas for experiments focused on environmental issues.

The October flight itself is planned for 18 parabolas, a curved flight path which provides researchers with an opportunity to test an experiment for 15-20 seconds in microgravity.

The team will now work with experts at IComp and UL’s Bernal Institute to prepare the experiment for the October flight. This opportunity was made possible thanks to the sponsorship received through IComp, The Bernal Institute, Varicomp and The Faculty of Science and Engineering at UL.

For more information about PoSSUM visit

For more stories on University of Limerick go here