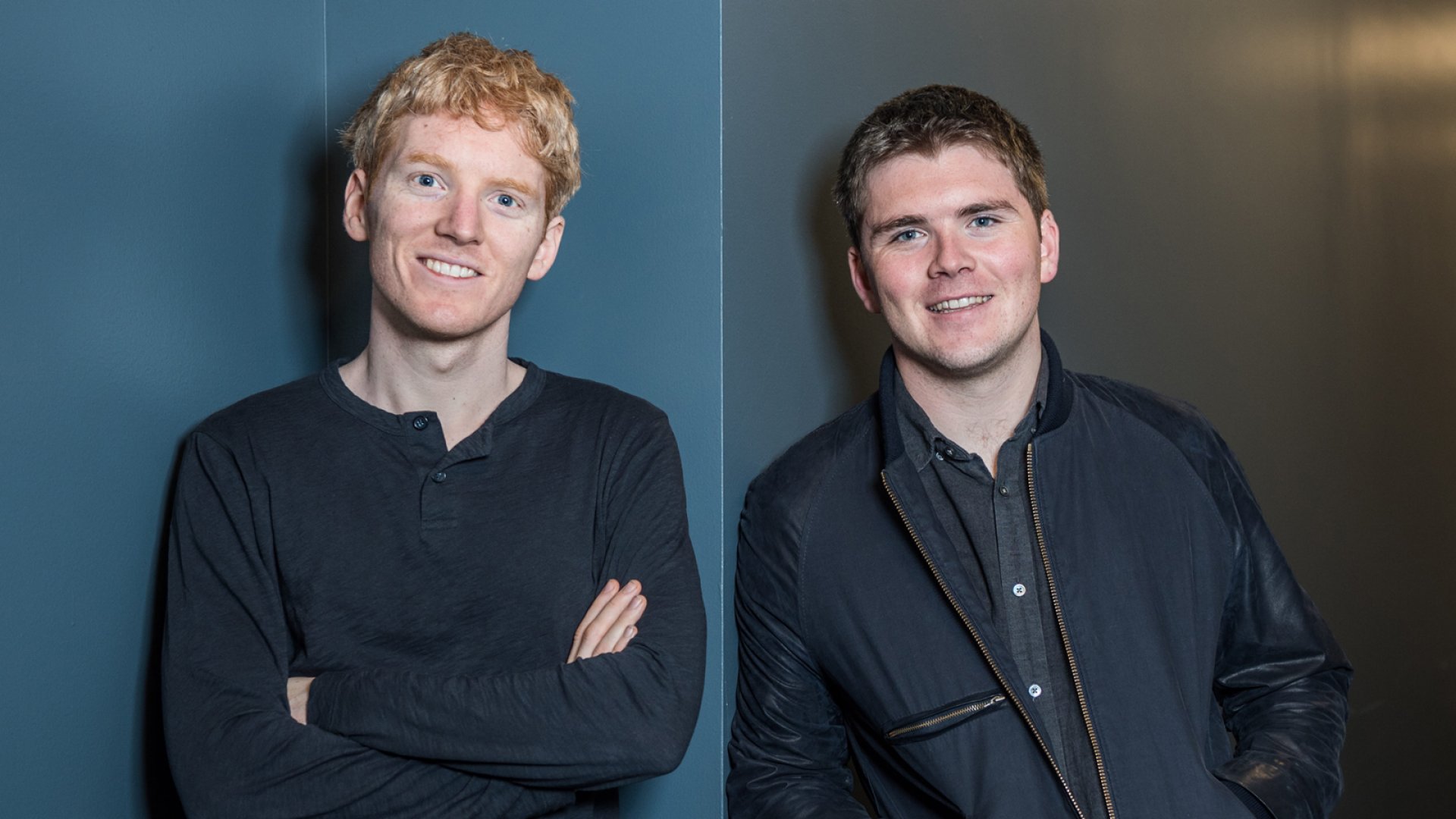 Immersive Software Engineering Programme at UL – Patrick and John Collision, founders of Stripe pictured above have teamed up with UL for the new programme.

University of Limerick has teamed up with a host of leading international technology companies to redefine computer science education.

UL has announced a new integrated undergraduate and Master’s degree in partnership with over a dozen leading tech companies from Ireland and around the world, including Analog Devices, Stripe, Zalando, Intercom, Shopify, Manna Aero, and many more.

The Immersive Software Engineering (ISE) programme at UL will seek to meet the increased global demand for developer talent with the internet economy rapidly growing.

ISE will bring the concept of ‘residencies’, which are more familiar to medical degrees, and use them as a critical feature for the first time in computer science education. Just as trainee doctors apply skills that they have studied in a classroom to the real world, so will ISE students, and they’ll be doing it inside some of the world’s most exciting tech companies.

University of Limerick President Professor Kerstin Mey said: “This partnership is a fascinating one for the University. UL has always been a dynamic and innovative university that works with industry to help shape the graduates of tomorrow. UL graduates’ employability rate is consistently the highest of any Irish higher education institutions, and this will only serve to increase that leading edge.

“Our industry partners have been invaluable in the conception of this disrupting programme, bringing their incredible industry experience to the benefit of our future graduates and effectively doing something that has never been done before in shaping and changing how computer science is taught in Ireland.

“UL has always been a pioneer. We are a ‘disruptor’ in the most positive sense. Over the last eighteen months, the evolution of this programme has built on that proud tradition.

“We are now ready to unveil Immersive Software Engineering to the world and are excited by the opportunities it presents,” Professor Mey added.

Software engineers and computer scientists can command high salaries straight out of University. There is significant demand for more of them, with over three-quarters of tech companies in Ireland saying the shortage of tech skills is losing them money.

NEWS: UL is teaming up with tech leaders to redefine computer science education.

Immersive Software Engineering is a new integrated undergraduate and Masters degree in partnership with over a dozen leading tech companies from Ireland and around the world https://t.co/VaBrWwqbOo

John Collison, co-founder and President of Stripe, said: “Software engineers enjoy incredible careers solving some of the world’s most important problems in the fastest growing industries, yet we have nowhere near enough of them. Immersive Software Engineering seeks to provide a great path for more secondary students – especially girls – into technology.”

Vincent Roche, CEO of Analog Devices, Inc (ADI), said: “The global demand for developing skilled software engineers driven by the connection of physical to the cyber world and big data processing is growing at an exponential rate. As we at ADI solve the most challenging real-world problems in healthcare and industrial areas, we have an increasing demand for these skill sets and see the need growing in the coming years.

“We are delighted to work with UL to ensure students are getting real-world, hands-on experience and are proud to collaborate with the University and great organisations such as Stripe to help mould the next generation’s engineers.”

ISE students will complete five paid residencies during the four years, each between three and six months long. During residencies, students will be a part of real, professional teams solving problems like improving access to financial services around the world, fighting the climate crisis, and building following generation instrumentation for healthcare.

ISE has also received support from Enterprise Ireland, IDA Ireland, and venture investors Frontline Ventures – among many others.

ISE intends to attract Ireland’s elite young talent and will gather learnings from the world’s best computer science programmes, with all classes held in a dedicated studio, purpose-built for the course.

UL’s Professor Stephen Kinsella, co-director of the programme who worked directly with industry representatives to bring the project to fruition, explained: “We want this course to change the way Ireland’s highest performing students think about computer science as a career option. We want to bring a more diverse audience to computer science. And we want ISE graduates to be the premier computer science talent around the world. We’re excited to be able to work with so many great partners to bring this vision to life.”

For other stories on University of Limerick go HERE

Related Topics:technologyUniversity of Limerick
Up Next