By Richard Lynch on February 23, 2017@richanthon 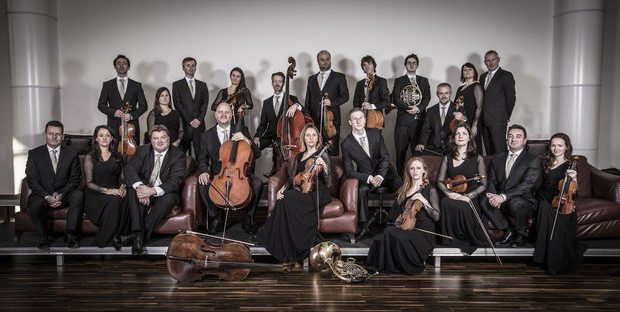 Pictured; the Irish Chamber Orchestra, who are welcoming Igor Levit to play with them at the UCH

The Irish Chamber Orchestra welcomes back Igor Levit, one of the great pianists of the world today, to showcase in Limerick and Dublin the programme the ICO brings to Vienna and Heidelberg in March.

The Irish Chamber Orchestra performs in Limerick and Dublin (Tuesday 21 and Wednesday 22 March respectively) with the gifted virtuoso Jörg Widmann, the ICO’s Principal Conductor.   These concerts showcase the ICO’s ongoing relationship with one of the world’s fast-rising pianists, Russian-born Igor Levit and coincide with the ICO’s debut at the prestigious Konzerthaus Vienna  (23+24 March) and the 2nd year of its (3-year) residency at the distinguished Heidelberger Frühling Festival (28 March).

Mozart’s Don Giovanni Overture suggests an impending tragedy, but the music makes an emotional u-turn into something quite magnificent. It counter-balances the powerful close of Mendelssohn’s Reformation Symphony (No. 5), which commemorates the 500th anniversary of the Lutheran Reformation, this year.

Levit boasts a virtuoso technique that delivers effortless passage-work and immaculately calibrated voicing.  In this much-anticipated performance, Levit plays Mozart’s Piano Concerto No. 21 in C Major. This wildly popular Concerto was penned by a twenty-nine-year-old Mozart, six years before his death. By virtue of its slow movement, this work has become one of the most recorded of Mozart’s concertos ever since featuring in the 1967 film, Elvira Madigan.

Mozart’s C major Fugue was first composed for two pianos, but the composer later re-arranged it for strings – adding an introductory Adagio reminiscent of a French overture. The theme of the Fugue is strongly rhythmic.

Widmann brings his own twist to the Andante from Mendelssohn’s Clarinet & Piano Sonata, which he has arranged for Clarinet, String Orchestra and Celesta – featuring Widmann on Clarinet as Levit exchanges his Grand Piano for the Celesta.

Don’t miss this fabulous showcase featuring one of the great pianists of our time performing with Jörg Widmann and the Irish Chamber Orchestra on Tuesday 21 (UCH Limerick) and Wednesday 22 March (National Concert Hall, Dublin).

The Irish Chamber Orchestra is resident at the Irish World Academy of Music and Dance at the University of Limerick and is funded by The Arts Council of Ireland/An Chomhairle Ealaíon. International funding is generously supported by Culture Ireland.

To read more about music in Limerick, click here.