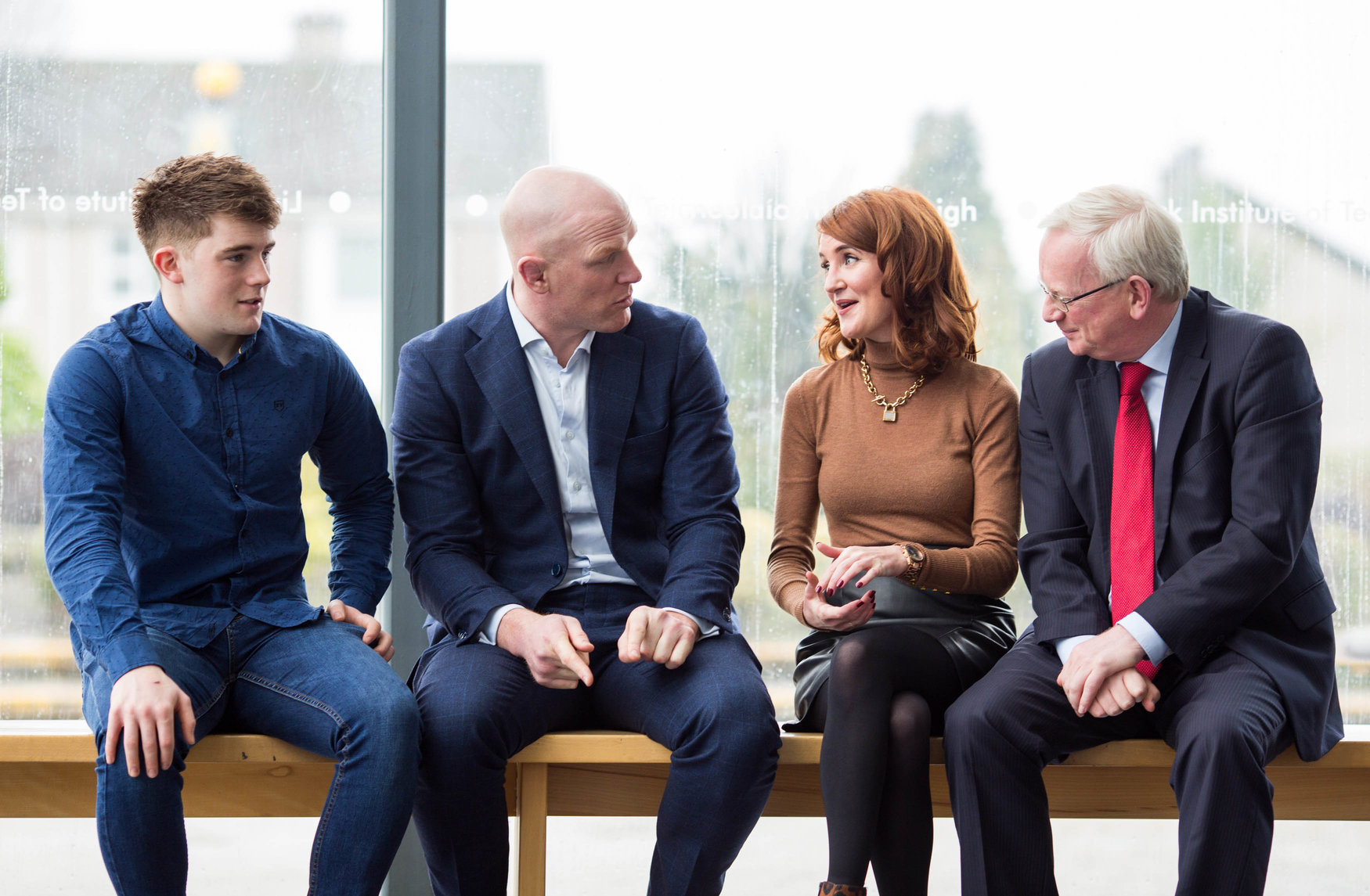 54 third level students from DEIS Schools across Limerick are being sustained in their studies by a student scholarship programme valued at €600,000  this year and run as an initiative of the LIT Foundation.

Speaking at a special awards ceremony in LIT’s Millennium Theatre, President of LIT, Professor Vincent Cunnane said, “The [email protected] Student Scholarship Programme is the only programme of its kind at this scale that specifically supports students who come from DEIS schools into higher education.

“It’s a programme we are very proud of and which really reflects LIT’s ethos.  We just want to allow people who would otherwise experience very significant financial barriers to be able to concentrate on their studies.  It is a straightforward concept.  The programme provides them with the funding and mentoring necessary to achieve success in their academic studies.  We want to give access to higher education to people who would otherwise not be able to make it.

“We depend on donors to do this, and we establish a relationship between the donor and the scholar as part of the process.  It’s down to the sponsors that the scholars can maintain their studies, and we think it’s important to recognise this in how the programme is managed.

“Last year, LIT announced the intention of increasing the fund to €1 million within three years in order to extend the benefit of it to as many donors and as many scholars as possible.  Twelve months later, and we’re at a value of €600,000, but are still looking for more donors to take part.  It is a great scheme that is good for everyone involved.”

Mayor of the City and County of Limerick, Councillor Kieran O’Hanlon said, “There are a lot of great things happening in Limerick right now, and this is definitely one of them.  It is a huge benefit for Limerick to have a programme like this in place, and it is a unique addition to the educational life of the city.  All of the scholars involved deserve recognition, as do the each and every one of the donors who make it possible.  The contribution you are making goes beyond the lives of these young people and their families – you are impacting on Limerick itself.  For this, I thank you.”

Paul O’Connell, former captain of Munster, Ireland and the British and Irish Lions and representing PINERGY, a key sponsor of the scholarships said, “This programme is unique and transformational in that it seeks to purely target students from disadvantaged backgrounds in Limerick and take the barriers to higher education away for them.  I have supported this scholarship programme since the beginning, and look forward to doing so as it grows in the future.“

April Downing, Chief Financial Officer of WP Engine said, “Just as WP Engine believes the Web should be universally accessible, so too should opportunities for higher education. As a company, one of our core values is a commitment to giving back to our communities.  With this scholarship, we are making an investment to inspire and help students at LIT excel in their studies and become future leaders in computing and technology by breaking down the financial barriers that prevent them from entering these fields.”

To read more about education in limerick click here