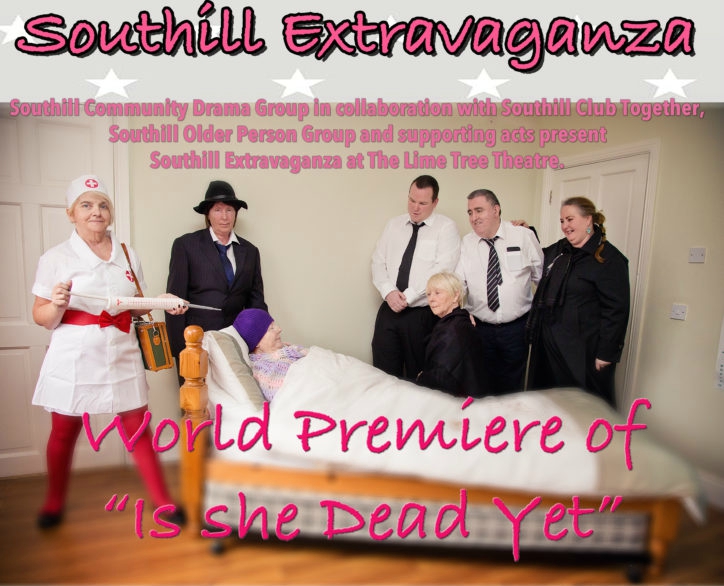 The Southill Community Drama Group are back to present their newest production Is She Dead Yet that will for sure wow us all!

Following on from the huge success of their sell-out show ‘Southside Story’ in 2015 and showcasing their creative talent, the acting bug has well and truly been caught by the Southill Community Drama Group who are back with a brand new original self-penned play, ‘Is She Dead Yet?’

The director Karen Fitzgibbon said, “Family and friends gather to mark the 100th birthday of Mrs Halpin, but each guest has an agenda of their own.  The return of the prodigal daughter, hungry undertakers and a host of nosy neighbours join Mrs. Halpin and her family as she cordially invites you to help her cut her cake and share her volka!!”

There is huge excitement during rehearsals for this much-anticipated community production, Is She Dead Yet.  The Southill Mens Sheds have been working together for months building an authentic set to bring this show to life.  This Southill Extravaganza has taken over the community, everywhere you turn rehearsals are taking place, between the Southill FRC, The Area Centre and the Men’s Sheds.

For further information on whats on in The Limetree Theatre, click HERE