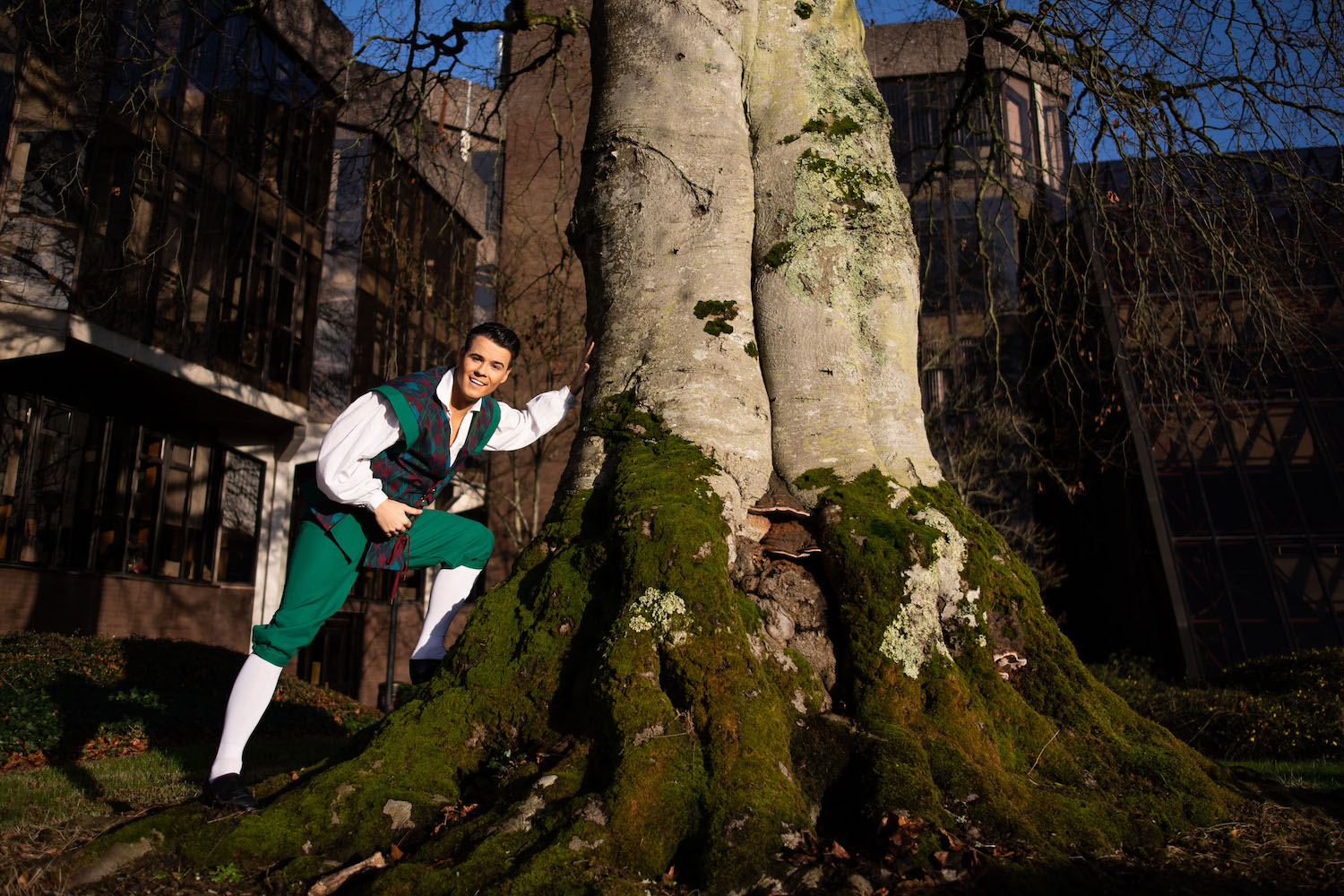 Jack and The Beanstalk panto will be online this year. Dayl Cronin pictured above as Jack. Picture. Sean Curtin/True Media

It’s the news you’ve all BEAN waiting for. This year’s University Concert Hall Panto, Jack and the Beanstalk, is going ONLINE. This Christmas, Producer Robert C Kelly and UCH are bringing the magic of Panto direct to your living room, with the daring adventures of Jack, some magical beans and a not so friendly Giant.

Long time UCH Panto favourite, Richie Hayes, returns to the stage (and your screens!) with his usual hilarious antics, joined by the always irresistible Dame Myles Breen.  From Vicar to Villain, Limerick’s Liam O’Brien of Emmerdale fame makes his UCH Panto debut as the baddest of baddies – Booooooo!

Dayl Cronin, Dancing with the Stars 2017 semi-finalist and former member of Irish boyband Hometown, is back as Jack, with Aisling Breen returning as the faithful, baddie side kick. Also making their UCH Panto debut’s this year are Ruth Berkeley and Waterford native Julie Power who will play Jill.

This year’s Robert C Kelly and University Concert Hall Panto is supported by the Department of Tourism, Culture, Arts, Gaeltacht, Sport and Media.

The news comes in an extremely challenging year for the Arts and Live Entertainment industry which employs over 35,000 people in Ireland each year.

“We are absolutely delighted to receive this funding from the Department of Tourism, Culture, Arts, Gaeltacht, Sport and Media. Since 2012 the UCH panto has been one of the highlights of “Christmas in Limerick” for families from far and wide, welcoming over 25,000 customers through our doors each year. To be able to continue this tradition after such a challenging year is wonderful. Not only will it give us all something to look forward to this Christmas it will also provide critical employment for a significant number of cast and crew. It’s been an incredibly challenging year not only for UCH as a venue but for the Arts industry as a whole, this has provided a real beacon of hope for everyone in our industry.” Sinéad Hope, Director, University Concert Hall.

Producer Robert C Kelly said; “For too much of this year those who work in the creative industries have been without any kind of support. I think, not just of the creative teams, actors and musicians, but of the invisible people in sound, lighting, rigging, crew and support industries like transport and staging. I am delighted that with these funds The Department will enable us to get dozens of freelancers back to work, even for a short while.”

Round up the family, get your coziest PJs on, snacks at the ready and enjoy the magic of the UCH Panto from the comfort of your couch this Christmas.