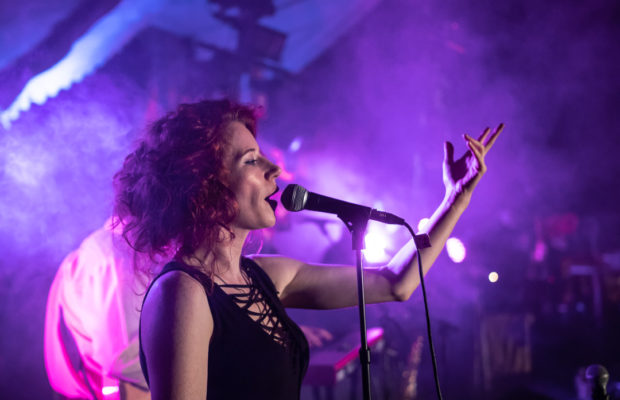 Limerick native Jane Fraser continues to create new music as she is set to release a single in September as part of her project ‘Ja¥ne’. Picture: Steff Wylde.

Jane Fraser is a singer/songwriter that has developed a strong fan base in her hometown of Limerick City and she has also built a following in the UK after spending several years in London. Her music has been labelled as “intricate” and “quirky,” as it has its own distinct style that music lovers cannot help but acknowledge.

ilovelimerick recently got the chance to interview Jane Fraser about her life in music:

When did you realise that you wanted to be a singer/musician?

I have always been into performing ever since I was a kid. I went to Spotlight Stage School when I was five years old and pretty much that was me hooked for life. When I left school, I attended dance training in Cork but decided I wanted to pursue singing instead after about a year. I moved to London in 2007 and trained in vocals there, I sang with a bunch of different bands and started writing. In 2015 I graduated from The Institute of Contemporary Music Performance, with a BA in Songwriting.

How big of a role does music play in your everyday life?

I practice and work on something music-related every day. It’s a huge part of my life and it takes up a lot of my time and energy, but it’s what I love so it never feels like work.

Are any members of your family involved with music?

Yeah, my dad was a well-known Limerick musician back in the day, Mike Fraser, he was a singer and drummer mainly. He sang with The Sweet Street Sect and the Blue Beats; I believe he even managed to play a bit of harmonica with Phill Lynott from Thin Lizzy at a few sessions too.

Jane recognises that growing-up in Limerick has heavily influenced her music, along with some of her favourite musicians.

Do you think growing-up in Limerick influenced your music?

Yes definitely. I like to write honest personal lyrics and my own music is fairly quirky. I definitely think that Limerick people appreciate individuality and can tell when something is coming from a genuine place and that has encouraged me along the way. I am a hard worker and that certainly comes from my Mam’s side, they are all hard-working people from St Mary’s Park.

I have done a lot of really fun gigs throughout the years, but I have to say there is one in particular that stands out in my memory. It was in the courtyard in Trinity Rooms back in the day with the Funk Junkies, it was absolutely electric, the place was hopping and I wasn’t long singing with bands so it was all fairly new to me. I have stood on bigger stages over the course of the last 10 years but there was a buzz in the place that night that nothing has compared to so far.

What inspires you to create music?

Creating music is the best way I can communicate my emotions, it’s there for me when I’m happy and when I’m sad and I feel like I am the most connected to myself when I am making music.

Who is your favourite musician?

That is a really hard question to answer and there is no way I could choose just one! Some of the artists I listen to regularly are Björk, Bonobo, Photay, Romare, Erykah Badu, Steely Dan, anything by Tom York and then a whole heap of the old Jazz singers that I am inspired by like Billy Holiday, Ella Fitzgerald, Sarah Vaughan, etc. (Sorry I couldn’t narrow it down more!)

Yes, I have a single coming out at the start of September for my original project ‘Ja¥ne.’ I am in a jazz trio with Paddy Shanahan (Guitar) & Rory Murphy (Bass) called ‘Nyema’

For more information on the Limerick Jazz Festival, go here.