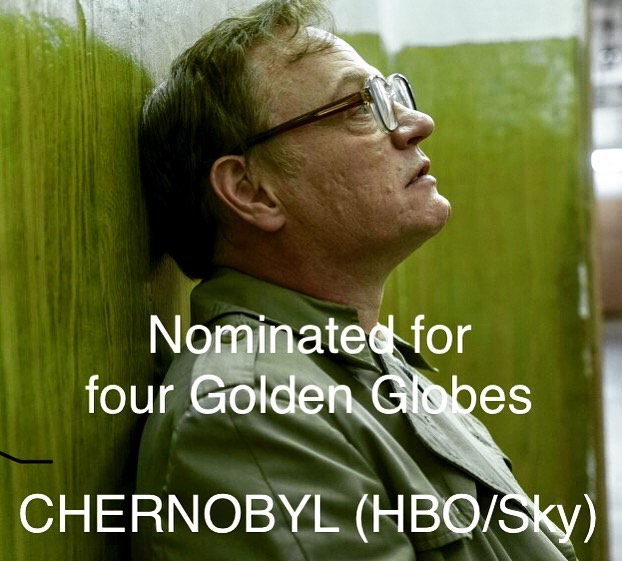 Jared Harris, son of Limerick legend Richard Harris, has his sights set on a Golden Globe win, just like his father.

Jared Harris, the son of Limerick legend Richard Harris, has been recently nominated for a Golden Globe for his role in the hit Sky Atlantic show Chernobyl.

He is nominated for his role as Valery Legasov under the category of Best Actor in a Miniseries or Television Film. The well-seasoned actor has appeared in The Crown, The Curious Case of Benjamin Button (2008), Lincoln (2012), and more. He will also be coming to Limerick shortly, where he will be appearing in the sci-fi show Foundation at Troy Studios.

Harris was nominated in the same category at the Emmy awards last September, where he was beaten out by 22-year-old Jharrel Jerome, for his riveting role in the Netflix hit When They See Us. Jerome has also appeared in the 2016 independent film Moonlight and the audience miniseries Mr. Mercedes.

Limerick icon Richard Harris was also a Golden Globe winner, after beating out the likes of Dustin Hoffman from The Graduate for Best Actor in a Comedy or Musical in 1968. Harris also received a nomination in 1991 for his infamous performance as the Bull McCabe in The Field.

While Harris may have lost out on the Emmy, the show as a whole certainly didn’t, with it receiving nineteen nominations and winning for Outstanding Limited Series, Outstanding Directing and Outstanding Writing.

While we are yet to see if Jared Harris will take home the award, it is clear that the Harris Family Legacy will be a long and prestigious one.

The 2020 Golden Globe awards take place on Sunday, January 5, and will be hosted by Ricky Gervais.

About the Golden Globes

The Golden Globe Awards are accolades bestowed by the 93 members of the Hollywood Foreign Press Association, beginning in January 1944. They recognize excellence in film and television, both domestic and foreign.

The annual ceremony at which the awards are presented is a major part of the film industry’s awards season, which culminates each year in the Academy Awards. The eligibility period for the Golden Globes corresponds to the calendar year. The 76th Golden Globe Awards, honoring the best in film and television in 2018, was held on January 6, 2019. The 77th Golden Globe Awards will take place on January 5, 2020.

For more stories about the Harris Family, click here.