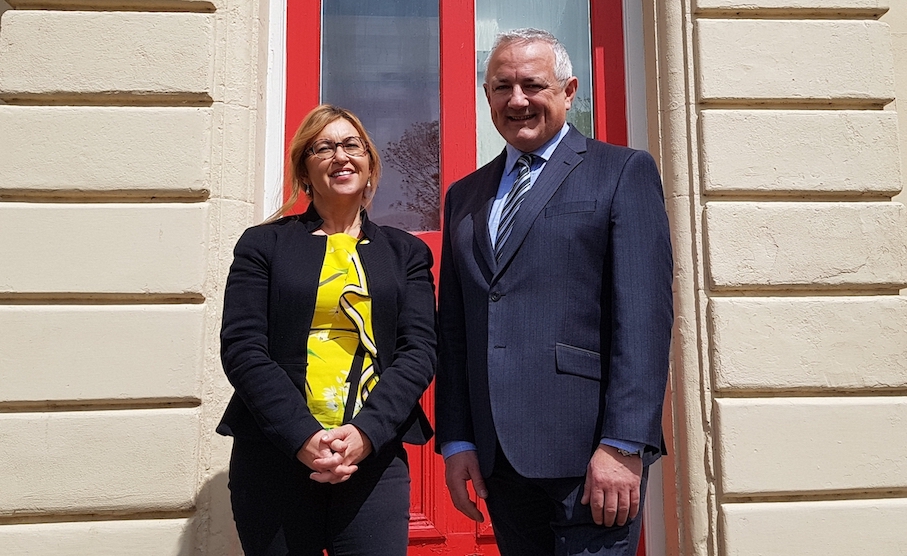 Tait House Community Enterprise have today announced the election of Jerry O Dea as its new Chairperson. Mr O’Dea replaces Brendan G Lane who recently stepped down from his role as Chairperson following many years of service to the organisation.

Speaking after his appointment as Chairperson, Jerry O Dea said, “As a board member of Tait House over recent years I have seen first-hand the tremendous work by entire team at the organisation. As Limerick continuous to witness continued growth and investment, and as our key stakeholders focus on delivering the Limerick 2030 vision, it is crucial that organisations such as Tait House Community Enterprise are supported, listened to and encouraged to grow.

“I am hugely honored to have been elected Chairperson of Tait House Community Enterprise. This is an organisation has become a leading light in the field of social enterprise. Tait House is an organisation that places a real focus on job creation, particularly jobs created by local indigenous companies. However, it is also important to recognise that much work remains to be done in terms of addressing the high levels unemployment faced by certain parts of the Limerick community. I look forward to playing my part in facilitating the continued growth of the organisation as it plays a key role in Limerick’s social development”.

Commenting on the election of Jerry O’Dea as Chairperson, Tait House CEO Tracey Lynch said: “I am delighted to welcome Jerry as Chairperson to held steer the continued good work done the organisation. Jerry has been a constant part of life in Tait House Community Enterprise. He has been integral to the success of the organization and a devoted advocate for the local community. It is an exciting time for the Tait House organization. The team and I are looking forward to working with Jerry and the board of Tait House Community Enterprise in continuing to lead the way as an exemplar of social enterprise for Limerick.

“I wish to pay tribute to Brendan Lane who made an indelible contribution to our organisation as Chairperson over the past 5 years. He brought expertise, charisma and enthusiasm to the role and we will be forever thankful for the effort he put in”, she added.

Incoming Chairperson Jerry O’Dea has a long track record serving as both committee member and chairperson of numerous organisations across Limerick city. He was elected to Limerick City and County Council in 2014 and has had the honour of serving as Metropolitan Mayor of Limerick in 2015. He has acted as a board member of Tait House Community Enterprise over recent years. Most recently he took on the role of Chairperson of the Limerick Market Trustees and through his pub business based on Mulgrave St he is an active supporter of local sporting organisations which he sees as crucial in terms of empowering and assisting communities.

Mr O’Dea’s role as Chairperson commences at a time when Tait House Community Enterprise are investing heavily in a number of new initiatives aimed at facilitating job creation and community growth. The organisation is currently focused on a number of new initiatives including the delivery of a Social Enterprise Hub that is hoped to provide 50 new jobs for the area once a property is secured.

Tait House Community Enterprise (formerly known as Southill House) is a community development co-operative whose mission is to generate enterprise, employment and training opportunities through the provision of services for the people of Limerick based at Collins Avenue, Roxboro Road.

The organisation employs 160 people across a cluster of 20 social enterprises and is now considered to be the largest employer in the Southill area of Limerick city.

Tait House Community Enterprise actively promotes access and involvement of children, young people and adults through practical experience in a wide range of educational, environmental, recreational, social and economic projects focused around empowering people to improve their own lives and the environment in peaceful co-existence.