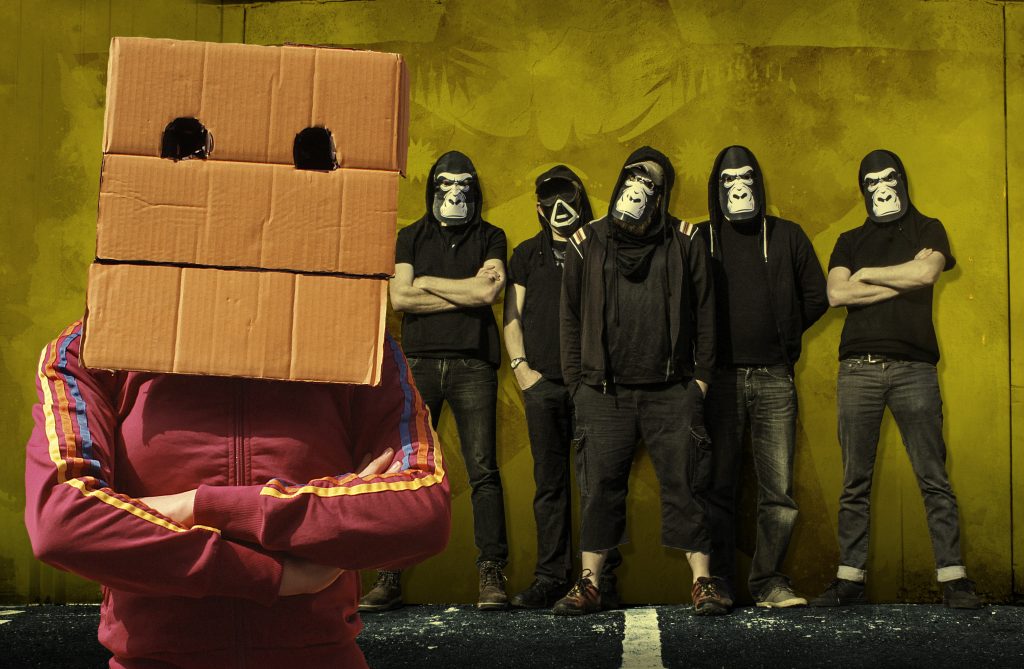 Dolans Presents are delighted to announce the return of the immensely popular King Kong Company to Limerick. The band is set to play Dolans Warehouse on October 25 as part of a 9-date Irish tour.

Hailing from various corners of Ireland, King Kong Company have been described as“21st-century swagger” by the Irish Times, “festival legends in the making” by the Irish Examiner and Pure M Awards named them the best live act in Ireland today.

The band performed a series of mind-melting performances at Irish & UK festivals in the last year with over 10,000 revellers screaming their hearts and lungs out at King Kong Company’s Electric Picnic mid-afternoon rave.

They released their debut self-titled album in June 2016 reaching the top 10 in the Irish Albums Chart. They were also nominated for two awards at the Pure M Awards that year. In November 2016 the band’s debut album made the Choice Music Prize long list.

In January 2017 King Kong Company played their first mainland Europe gigs in the Netherlands as well as playing the Silver Hayes stage at Glastonbury Festival.  They followed this up with gigs at Boomtown, Beautiful Days, Amsterdam Dance Event and their largest ever gig in front of 10,000 people at Electric Picnic.

The band were also invited to play for a specially invited audience with the President of Ireland Michael D. Higgins in July 2017 and they played their biggest headline show when they sold out the 1,250 capacity Cork Opera House.

There are three moments that summed up King Kong Company in 2018; taking 13,000 people on a hedonistic Friday night ride at EP, an explosive performance at a sold-out Olympia in October and then seeing all of the hard work rewarded with the Best Irish Act award at the Pure M Awards in November.

The band are currently mid-way through the festival season with a Body & Soul appearance that literally had the ground shaking! Over the next couple of months they’re at Kaleidoscope, Old Fort Quarter, All Together Now and Nozstock & Boomtown in the UK.

The band kicks off a 9 date Irish tour and they hit Dolans Warehouse on October 25th. You won’t want to miss a band that has already proved that no stage is too big for them.

King Kong Company truly are one of Ireland’s best bands currently on the touring circuit.

Tickets for King Kong Company Live at Dolans Warehouse on October 25th have just gone on sale. Demand is expected to be high and early booking is advised.