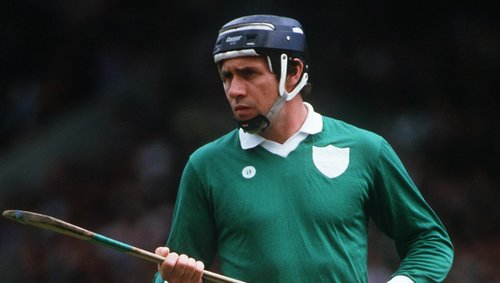 Leonard Enright Limerick hurling legend passes away at the age of 65.

The hurling legend Leonard Enright passed away at the age of 65 on November 2, 2018, at Milford Hospice.

The Patrickswell player was inducted into the GAA Hall of Fame at the All-Stars awards on Friday.

All involved with Limerick GAA are saddened to hear of the passing of the legendary Leonard Enright. One of the finest full backs to grace the Limerick jersey. Our thoughts and prayers are with the Enright Family at this sad time. pic.twitter.com/Wm479nzBPQ

Leonard Enright has been a great defender of the generation owing to his win at the All-Stars in 1980, 1981 and 1983. He played as a full-back for the Patrickswell club, at an inter-county level with the Limerick senior hurling team and at an inter-provincial level with Munster. Enright has also previously been a Fianna Fáil Councillor in Limerick from 1999 to 2014.

The great Leonard Enright is inducted into the Hall of fame #RTEgaa pic.twitter.com/X0zdeeHGy7

The whole city and the nation was soaked in sorrow at the death of the Limerick legendary hurler. Cllr James Collins,  Mayor of the City and County of Limerick offered his sympathies to the Enright family.

“It was with great sadness that I heard of the death of my former party and council colleague Leonard Enright.  Leonard served the community of Patrickswell and surrounding areas with his quiet yet steely determination during his period on Limerick County Council,”  said Cllr Collins.

“He was first elected for Fianna Fail in June 1999 and was returned in all subsequent elections until his retirement from politics in 2014,” Mayor Collins said.

He went on to praise Leonard’s hard work and passion in life: “Leonard was a man of few words but his actions spoke for themselves.”

“My sympathies and the sympathies of the people of Limerick are with Leonard’s wife Birdie, sons Alan, Thomas and David, daughter Mary, other family members, and friends,” said Mayor Collins.

The funeral mass took place on Monday, November 5 at 11.30am and was followed by the burial immediately afterwards at St Mary’s New Cemetery, Patrickswell.