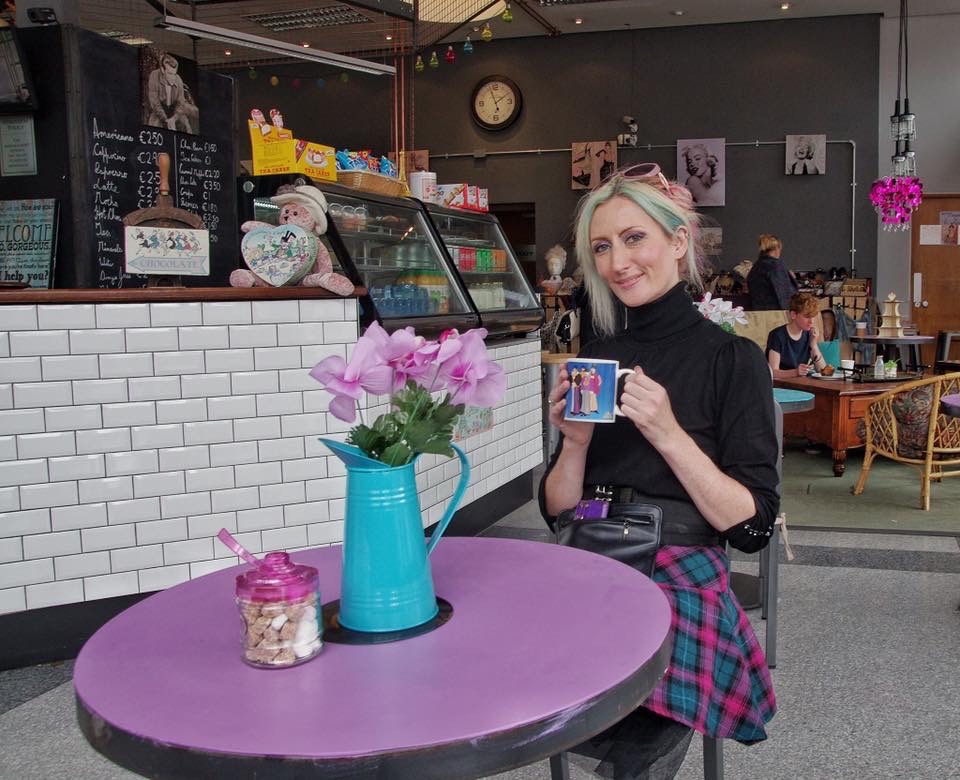 Tributes have been made to Lesley Anne Liddane, pictured here, the Limerick business woman and mental health advocate who unexpectedly passed away last Monday, April 20.

Limerick has experienced great sadness in the last week, after the unexpected death of much-loved Limerick lady Lesley Anne Liddane, on Monday, April 20. Lesley Anne will be remembered for her kind personality and passion for change, best known for owning and operating Chez le Fab cafe at Arthur’s Quay from 2016 to 2018, and more recently being a founding member and secretary of The Haven Hub, an after-hours mental health support service in Limerick City.

I’m shocked and very sad to hear of the death of Lesley Anne Liddane. Her community & arts cafe @Chez_Le_Fab was a fantastic spot and it was a big loss to Limerick city when it closed. My memories of Lesley Anne are of a colourful, energetic, very capable and competent woman. 1/3 pic.twitter.com/KcKKGzHTG4

Tributes continue to pour in for the mother-of-two, who touched so many lives and whose passing has shocked the county. Cllr Olivia O’Sullivan wrote on Twitter, “I’m shocked and very sad to hear of the death of Lesley Anne Liddane. Her community & arts cafe Chez Le Fab was a fantastic spot and it was a big loss to Limerick city when it closed. My memories of Lesley Anne are of a colourful, energetic, very capable and competent woman.”

Audrey Ryan, local artist and supporter/fundraiser for Novas, pictured with Lesley Anne during their #DonateACoat Campaign in 2017.

Lesley Anne accomplished so much during her life. From starting out in the hospitality industry from the age of fifteen, going on to work in recruitment and personal assistance, Lesley Anne also sidelined a business selling second-hand clothing. She went on to run a very successful vintage fair, and opened the community and arts café Chez le Fab in 2016 alongside her partner Shay Riordan, at the location of the former tourist office in Arthur’s Quay Park. Inspired by the vintage fair, the cafe was a highly unique spot, offering a dog-friendly café/winebar and venue space for live music, with fashion and craft traders invited inside to sell from stalls.

Lesley Anne was an avid supporter of local arts, craft and design, and many of the creative communities in Limerick made use of Chez le Fab to hold a range of events, from live musical performances and comedy gigs, to movie viewings, panel discussions, charity fundraisers and markets. She always strived to tap into Limerick’s cultural potential, and made a huge contribution to this sector in Limerick during her lifetime.

Also a huge advocate for mental health, Lesley Anne campaigned for anti-social behaviour in Limerick city and did an abundance of charity work to support the homeless. She was a strong supporter of the ‘Coats for the Homeless’ initiative, which she did in 2017 with homelessness activist Audrey Ryan, as they left a rail of coats for the homeless outside of Chez le Fab, with the idea that people could either take or leave a coat. Simple acts of kindness such as this, as well as regularly fundraising for charities including the MidWest Simon Community, Focus Ireland, and Novas, are a testament to Lesley Anne’s lifelong passion for creating change.

Lived together, worked together, partied, danced, dreamed, joked…so much laughter. Lesley Anne’s creativity, energy and kindness touched many lives. She was immense. Deepest sympathies to her two beautiful boys, her partner, her parents and extended family. RIP my dear friend. pic.twitter.com/omtsGubDHz

After Chez le Fab closed in 2018, Lesley Anne continued her community work, and became a founding member and secretary of the Haven Hub on Henry Street, which opened in November 2019. The Haven Hub was set up with the intentions of being a beacon of hope for mental health sufferers, open during off-peak hours, and offering services such as low-cost counselling, up-to-date information, patrol teams and a Suicide Prevention Steering Committee. With the belief that the people of Limerick are Limerick’s best assets, Lesley Anne, alongside her co-workers, made a huge effort to get this service up-and-running, as the need for more efficient mental health services was close to her heart.

Leona O’Callaghan, who worked alongside Lesley-Anne at the Haven Hub, paid her tribute to Lesley-Anne, saying, “We worked our asses off together to get the Haven open, we laughed our sides off together at the comedies, you gave me motivation for The Haven when I very nearly threw in the Towel. We will all miss you so much, our hearts go out to your boys, Shay, Family and close family and friends”.

The Haven Hub are determined to continue the legacy of Lesley Anne, who was a vital member of their team. Paying tribute to her on social media, they said, “Limerick has lost a beautiful, kind, talented and motivated woman. The Haven hub was lucky enough for its early stages to have Lesley-Anne Liddane as a founding member, our Secretary, our PR person and our friend. The Haven Hub was very important to Lesley Anne and literally without her motivation, hard work and passion we are not sure we could have opened our doors without her.”

Their social media post went on to say, “She was so talented and worked so hard to start up, she looked after all the paperwork, emails, social media, she designed our logo, she created our tagline #unityinthecommunity. She had huge energy and passion. Lesley Anne also gave us the community cafe Chez Le Fab and brought laughter into a lot of our lives with her comedy events to help us find laughter when we needed it most. Her work and passion continues through the Haven Hub as we help those in their lowest moments which was important to Lesley Anne.”

Lesley Anne will be greatly missed, but her amazing community spirit and passion will live on within the people of Limerick who were fortunate enough to know her. Richard Lynch and the crew at I Love Limerick offer our sympathies to her partner Shay, her two boys, her family and her friends at this difficult time.

For past stories about Lesley Anne Liddane, click here.

Virtual Riverfest to take place this May Bank Holiday weekend