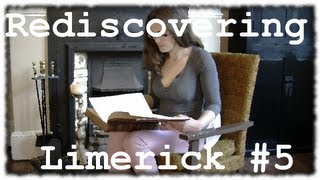 The Walls of Limerick are rich with Limerick’s history through the centuries.

Here at I Love Limerick we are proud to present the fifth episode of our new web series that delves into the fascinating history of Limerick and its people. ‘Rediscovering Limerick’ is a collaboration between Limerick’s Life and I Love Limerick that will help you uncover the many tales that truly define Limerick as a city and this week, Limerick historian Sharon Slater takes a look at walls of Limerick City.

The Normans captured Limerick in 1195 and left their stamp on the city. King John’s Castle, the walls of Limerick and the local government system they founded, survive to this day.

Surviving parts of the city walls on Island Road

The walls of Limerick developed on a piecemeal basis. In the early 12th century the first wall was built around the English Town in Limerick, extending from the Castle to the Abbey River surrounding the city as it was then.

They are first mentioned in Gerald of Wales’s description of the 1175 assault on the town. In the early 14th century work began on extending around Irish Town, from the Abbey River to John’s Gate, to protect the ever-expanding city. It was only in the 15th century that the Irishtown was walled. It was also at this time that provision was made for the new invention of artillery.

In the 17th century, there were four sieges of the city. The Irish Confederates, a Cromwellian army, and an army led by King William attempted to take Limerick but failed. The following year the army returned and the city finally surrendered under the terms of the Treaty of Limerick. Patrick Sarsfield and the other Catholic leaders left Limerick and Ireland. The Flight of the Wild Geese began.

In 1760 Limerick was declared a “Free City”. No longer a garrison town, the demolition of its walls began. With the destruction of the walls, the old medieval walled town started to decline.  You can still see fragments of the wall at John’s Gate and the outline of the wall is marked out in several points around the city, such as at the Milk Market and off Mary Street.

Rediscovering Limerick #6 – A Trip into Limericks Past