By Richard Lynch on September 22, 2020@richanthon 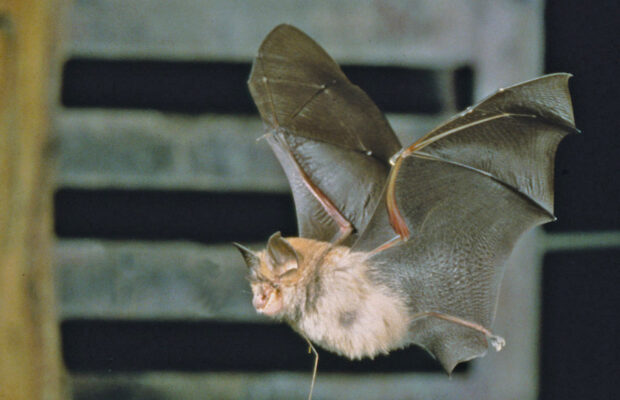 Lesser Horseshoe Bat is the next webinar in the #EGLALimerick2020 series brought to you by Limerick City and County Council.

Let’s Go Bats – Limerick’s Lesser Horseshoe Bat is the next webinar in the #EGLALimerick2020 series brought to you by Limerick City and County Council.

This is a wonderful opportunity to find out more about this endearing protected bat species and learn why Limerick is so important to its survival in Ireland.

In the early 1900s, it was found as far north as Yorkshire and along the south coast of England as far east as Kent. Its British population has recovered strongly in recent decades and now numbers some 50,000 animals. Unlike the greater horseshoe bat, the lesser horseshoe bat is found in Ireland where an estimated population of between 9,000 and 10,000 individuals is restricted to the mid-west and south-west of the country.

To register log on HERE. After registering, you will receive a confirmation email containing information about joining the webinar.

About The lesser horseshoe bat

The lesser horseshoe bat belongs to the Rhinolophidae family of bats, while the other resident species belong to the Vespertilionidae family. Horseshoe bats differ from the Vespertilionid bats in that they have a number of flaps or folds of skin around their nostrils, called a noseleaf, that form a horseshoe shape. The lesser horseshoe hangs freely by its feet and wraps its wings around its body, the only Irish species to do so (although see also the Vagrants page).

The range of the lesser horseshoe bat in Ireland is, for the most part, limited to six western counties – Clare, Cork, Galway, Kerry, Limerick and Mayo. The species has been recorded once in Roscommon and twice in Sligo. Fragments of a lesser horseshoe bat skeleton have been found alongside prehistoric remains in a cave in Waterford, indicating that it was formerly more widespread on the island. It roosts mainly in roofs of old houses or in outhouses, stables or old cottages. In winter this species hibernates in caves, disused cellars, mines and souterrains. The lesser horseshoe bat’s distribution in the west is strongly linked with broadleaved and mixed woodland and it usually forages in woodland and scrub.

The Irish population of this species is estimated at 14,000 individuals and is considered of International Importance because it has declined dramatically and become extinct in many other parts of Europe.

In Ireland the species has been counted regularly in winter and summer roosts since the 1980s by the National Parks and Wildlife Service and, more recently, also by The Vincent Wildlife Trust. Bat Conservation Ireland currently manages this scheme to monitor the species. Data collected from this scheme shows that the species increased significantly between from the early 1990s to present. Population increases may be the result of improved protection, increased woodland cover or climate change, or a combination of these and other reasons.