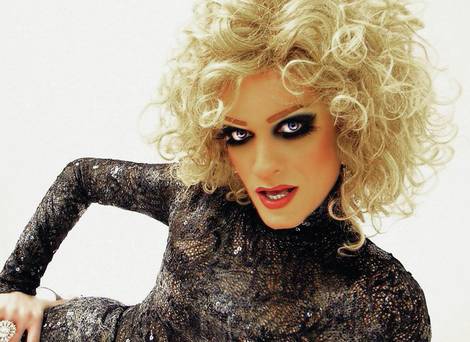 Life is a Drag, And It’s Awesome

Life is a Drag, And It’s Awesome

The Queen herself Panti Bliss

In the midst of what is a long overdue national debate on homophobia and equal rights for the LGBTQ community, the person behind the spark that ignited the fiery conversation was a performer called Rory O Neill, also known as Panti Bliss, one of the top drag acts in the country. She spoke out recently at the Abbey Theatre, and that nature of that speech was so moving and inspiring that it went viral, far beyond our shores with the likes of Stephen Fry, RuPaul and even Madonna lending support to Panti’s ‘Noble Call’, which can be watched here:

It showed us two things; firstly that those in positions of power and influence need to step up and speak out against homophobia and discrimination against the very people they are elected to represent, and secondly how much support there is on the ground level for Panti Bliss and whatever battles she may face in the wake of the RTE interview ‘controversy’. Did you ever think that in the repressed Catholic Ireland thirty years ago we would have a Drag Queen as a spokesperson or as national icon of freedom of expression? Now we do – and Limerick is most definitely Team Panti.

Limerick LOVES Drag Queens. For a couple of years now, Paddy Doyle and his Dionysus Klub have brought the best of Drag and LGBTQ-friendly shows and entertainment to Limerick City, and this year he’s upped the stakes. “Drag Hens Den” is his brainchild, and its genius. If you’ve never been to a Drag show, but have been keeping tabs on the Panti Bliss story and your interest is piqued as to what Drag is all about, then this Saturday night is the best example of one of the most visually stunning – and FUN – forms of entertainment you’re likely to see this year.

In Dolan’s Warehouse on Saturday Feb 15, the cream of the country’s up-and-coming Drag Queens will be descending upon us for “Drag Hens Den“. It’s a national Drag contest in its second year, with some fantastic prizes for the winning Queen, including a sparkling tiara that would make Paris Hilton jealous, an impressive cash prize and some serious studio time with Darren Ryan, one of Limerick’s best photographers. The contestants will have to showcase the style of their dazzling alter-ego, their charisma, their talents and their lip-syncing performance abilities in a number of different categories, all in front of a panel of judges made up from all areas of entertainment and performance. We’re delighted to have Myles Breen, Mike Toomey, Michelle Costello, Gretta O’ Shea and a fantastic guest judge from Dublin who knows exactly what’s in store for the girls, dynamic young Drag Queen Mona Lott!

Our hosts for the evening will be two of Limerick’s most loved Drag performers, the seriously saucy pairing of Sheila Fitzpatrick and Madonna Lucia. Legs to die for and razor-sharp banter – these gals are a class all of their own, and when it comes to MC-ing a show, nobody does it better. There’s a slight chance there may be actually too much glamour for the rest of us mere mortals to cope with! There’s also a special guest performance on the night from one of the biggest drag and performance artists in the country, Paul Ryder.

I’m so proud to have been involved in the background of this event these last few weeks and have been getting to know the girls and all the behind-the-scenes work that goes into perfecting your Drag persona. It’s a pure art form, plain and simple. As Panti Bliss herself said in the video clip, she specialises in “gender discombobulation”! It’s a night for everyone who likes a good laugh and loves the fact that our city is celebrating some of the best aspects of LGBTQ life and culture. People NEED to see Drag Hens Den. I can’t stress this enough. It’ll be my first experience of a Drag Contest, and I’m putting the glam on Full Alert. I’ve a feeling these gals will put me to shame make-up wise if I don’t step up…

Show starts at 9pm on Saturday 15th Feb and tickets are €15 – there will be a disco to end all boogies in the Warehouse after the show. It’s an all-round entertainment extravaganza, and a perfect way to round off Valentine’s weekend, whether you’re partnered up or rolling solo. You’re seriously going to miss out if you can’t make it. To quote Drag Hens Den themselves, it’s going to be FANNY-TASTIC!

Hope to see you there!