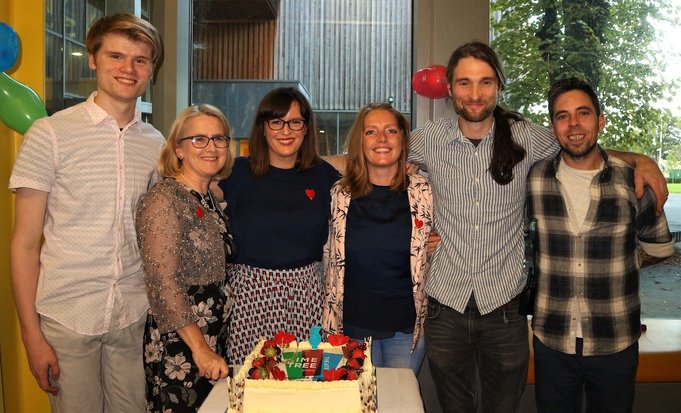 A staggering figure of 200,000 plus customers has passed through the doors of the Lime Tree Theatre since the venue opened in September 2012. The wide variety of shows and events on offer continues to attract audiences from all over Limerick and the Midwest region. Last Saturday, celebrations for this important milestone took place with Lime Tree Theatre board, staff and invited guests at the season opening at the theatre.

Lime Tree Theatre celebrates 5 years this year and In the past five years the management team, with Louise Donlon at the helm, has established the Lime Tree Theatre as a top touring venue in Ireland. The return of Irish touring companies such as the Abbey, Druid, Opera Theatre Company, Ballet Ireland, Rough Magic, Fishamble and more recently Pat Moylan Productions bringing the world premiere of Angela’s Ashes, The Musical to Limerick is a credit to Louise and the dynamic team. Going forward Lime Tree Theatre will endeavour to collaborate with local, national and international companies to ensure the venue continues to offer the best in theatre, comedy, music, dance and literary events in the future. 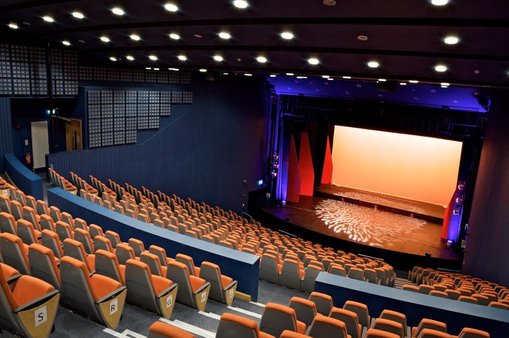 Professor Eugene Wall, President (Acting) of Mary Immaculate College said, “On behalf of Mary Immaculate College, I would like to wholeheartedly congratulate the Lime Tree Theatre as it celebrates its fifth birthday. Since opening its doors in 2012, the Lime Tree Theatre has established itself as a premier cultural venue on both a local and regional level and has brought touring productions from the Abbey Theatre and Druid back to Limerick after a long hiatus. From the Plough and the Stars in 2012 to Angela’s Ashes earlier this year, the theatre has continued to wow audiences with its innovative offerings.

MIC is proud to have such a beautiful facility on our campus that both enhances our student offering and also opens the College to the wider Limerick community. We look forward to continuing to work closely with Louise Donlon and her team at the Lime Tree Theatre and are anticipating great things for the new season ahead. Enjoy the celebrations.”

Another important achievement for the venue is establishing an annual children’s festival, The Bualadh Bos Children’s Festival. Since October 2014 over 10,000 children have experienced the best in the performing arts through the festival, which runs every October. This is now a flagship event for schools in the region and the new programme for October 2017 is now available.

The new season opens with Opera Collective Ireland’s new production of Benjamin Britten’s Owen Wingrave on Saturday, September 9. Featuring the Irish Chamber Orchestra this is the perfect event to mark and celebrate this milestone event. It also kicks off a busy season for the Lime Tree with comedienne Ruby Wax, College Players, The Cecilian Musical Society and the Limerick Panto Society all in the mix. For a full programme of events in both the Lime Tree Theatre and in the Belltable Theatre please visit website www.limetreetheatre.ie.

For more stories on the Lime Tree Theatre click here