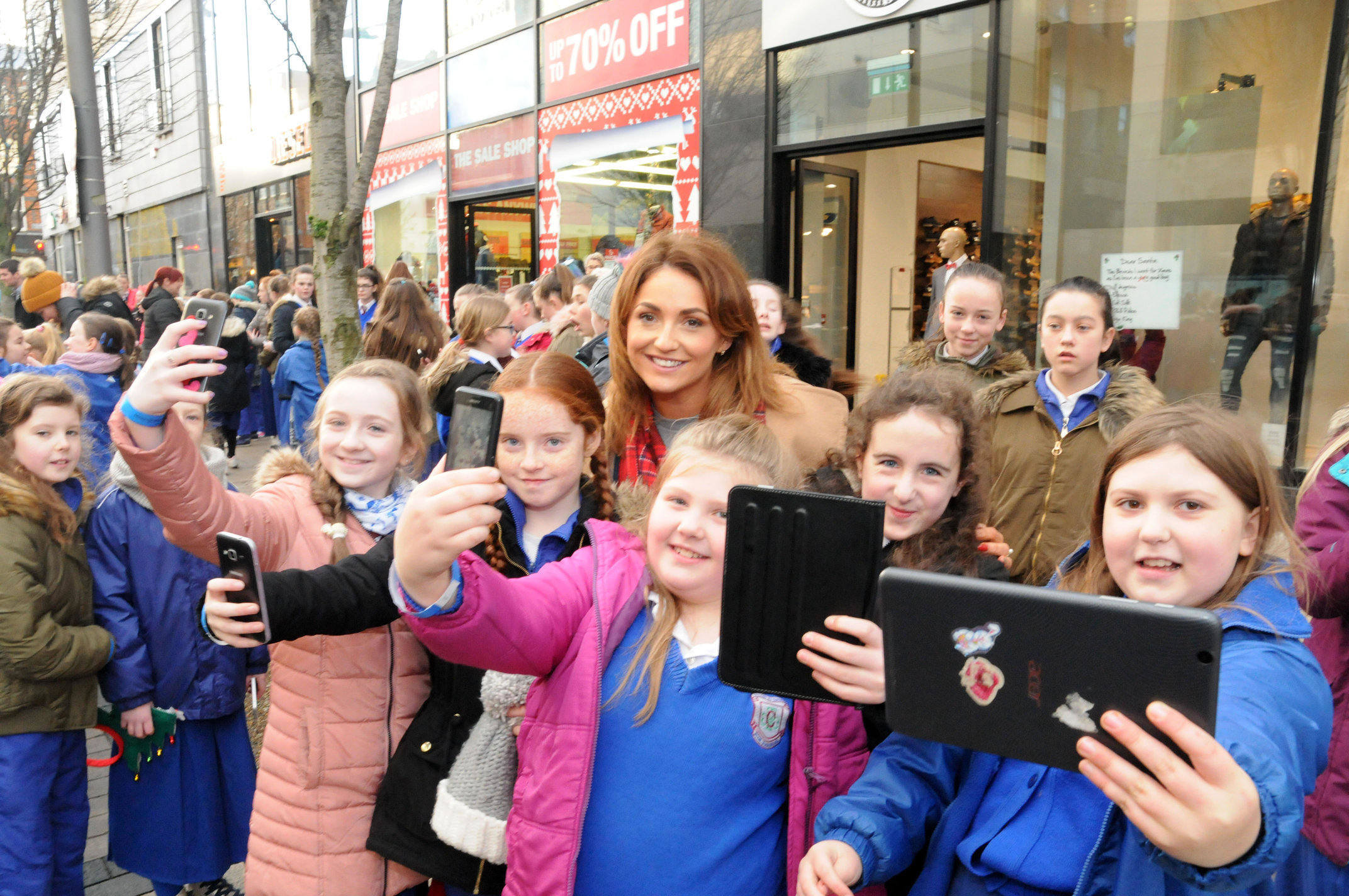 Bank of Ireland’s Staff at 125 O’Connell St Branch and their Bank of Ireland Colleagues at other branches tthroughout Munster, worked hard yesterday to take part in an event where they attempted to break a Guinness World Record entitled ‘most self portraits (selfies) taken simultaneously in multiple venues. This event began at 9.45am on Thursday, 15thDecember. The event was carried out in aid of the charity ‘Make A Wish Foundation’. Funds for the charity were raised through Bank of Ireland donating €2 on behalf of each participant that gave their time to try and break this record.

Bank of Ireland reached out to local businesses and community groups to join them in making the event momentous in their attempt to break world records. The event was held on Bedford Row and refreshments were served in the Workbench area on 125 O’Connell Street. Multiple Bank of Ireland branches throughout Limerick took part in the event including Dooradoyle and the student branch on the University of Limerick campus who were joined by Munster Rugby Players.

The registration process on December 15 began at 8am and as the a Guinness World Record criteria is so strict, everyone had to be registered in order for their participation to count. This therefore required participants who wanted to join in the fun on this occasion to be there 45 minutes beforehand. Bank of Ireland are now waiting on response to hear if the people of limerick have officially broken world records.

To donate to the Make A Wish Foundation click here

Crooning at Christmas 2016 at Dolans Warehouse