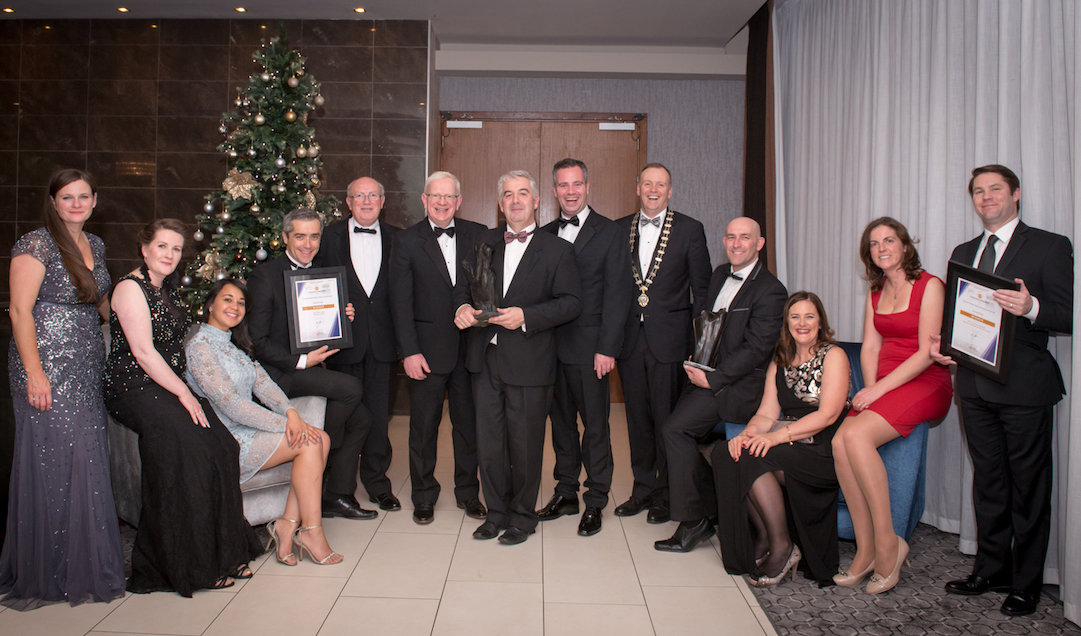 The collective growth of regional cities must outpace Dublin over the next two decades, the Limerick Chamber Business Awards 2017 and the  Mid-West’s biggest annual gathering of business leaders was told as Deputy Michael Noonan was honoured for his leading contribution to the city and region’s economic resurgence.

Addressing over 450 business people at the annual President’s Dinner and Limerick Chamber Regional Business Awards at the Limerick Strand Hotel at the weekend, Ken Johnson, a Managing Partner at PwC MidWest, said that the draft National Planning Framework will see Dublin and its commuter belt will account for almost 50% of the predicted growth by 2040, while Cork, Limerick and Galway will experience less than one-quarter of projected growth.

He said that for a more balanced economy to emerge over the coming decades and for Dublin to become one of Europe’s most liveable cities, a strong linkage between Limerick, Cork and Galway must be developed.  These three cities would complement and better harness regional and national economic growth and development, he said.

“To restore more balanced development across the State, the regional cities need to grow at a faster pace than our now overheated capital. Harnessing the growth potential of, and cooperation between, the combined Cork-Limerick-Galway cities region needs to be at the core of the NPF,” the Limerick Chamber President stated in his address.

“The NPF must drive co-ordinated investment and development in our key strategic regional assets such as Shannon International Airport and Shannon Foynes Port.  We need a National Aviation Policy which recognises the strategic importance of Shannon in the region, its role is delivering international connectivity for business and tourism and its role in balanced economic development.

Mr Johnson made the comments at an event which doubled as the Chamber President’s Dinner and the seventh annual Limerick Chamber Business Awards 2017, with the top honour – Business of the Year – going to Limerick company Roadbridge, which today employs 1,000 people.   Keynote speaker at the event was Niall Gibbons, CEO of Tourism Ireland.

The event also saw Limerick business tip its hat to former Finance Minister Michael Noonan for his pivotal role in both the economic recovery of the nation and is the single biggest influencer of Limerick’s resurgence over recent years, a resurgence that has seen over 9,500 jobs created in the past four years.

“Michael Noonan has been an incredible servant of Ireland and Limerick.  His legacy on this city will be amongst the most positive ever left in its long history.  Michael Noonan, then as Finance Minister, more than anyone raised Limerick from its knees. He introduced a range of national measures but also local interventions that put it back on the road to recovery, a road that has seen it become Ireland’s greatest urban economic success story and a city that we are now hearing is becoming a model for urban renaissance in Europe. We owe him a debt of gratitude far greater than what we can ever give and the President’s Award is, at least, Limerick Chamber’s acknowledgment of his incredible and positive impact.”

Receiving the award, Deputy Noonan said he was humbled to be honoured in this way in his home city. “I feel extraordinarily honoured. I have come through a period now since I announced my retirement from cabinet where I get a lot of compliments paid to me in Dublin and abroad but when you get an endorsement by your own people, in this city, by the chamber and the President of the Chamber of Commerce, that’s a singular honour and I feel emotional about it. I’m very pleased, I’m very thankful to the Chamber of Commerce.

“I feel fulfilled, rather than proud. I feel that I had a unique opportunity to be in an Irish cabinet and being a Minister for Finance you can do an awful lot if you set your mind to it.  I’m glad I didn’t waste my time in there, and that the bulk of the decision I took helped the recovery of the country from bankruptcy and in that context since Limerick is a subset of the national economy, the recovery of Limerick as well.  I did singular things for Limerick alone and they worked out very well also.

“There is a great start made (in Limerick) and the key ingredient was people pulling together and driving forward.  They should continue to do that and there’s an unlimited successful prospect ahead of us, especially with the network of roads going in now – the motorway to Galway in place, the motorway to Cork decided as government priority. That will leave Limerick with an hours commute from Cork people and from Galway people and for everyone in between, and that puts Limerick in a unique position.  It gives us a unique opportunity to be a bigger and more successful city and a great place to live.”

In all, 11 business awards were given out at the Limerick Chamber Business Awards 2017. The winners were:

2017 Best SME of the Year, sponsored by Bank of Ireland: Conack Construction

The Limerick Chamber Regional Business Awards 2017 now in its 7th year of fruition, is held annually by Limerick Chamber and Limerick Institute of technology, the awards are designed to acknowledge companies in the local region who strive for success each day. The awards are designed to recognise the hard work, commitment and innovative approach each company has showcased which has contributed to the growth of the company and in turn the region itself. 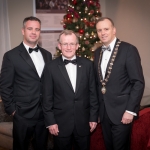 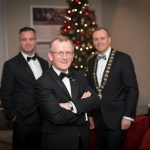 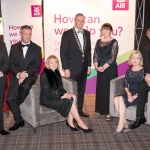 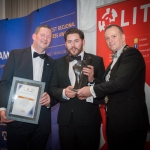 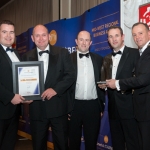 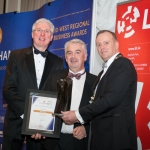 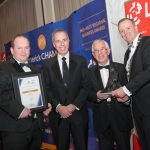 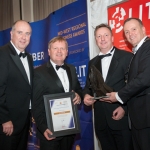 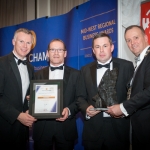 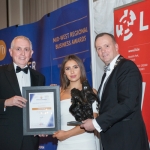 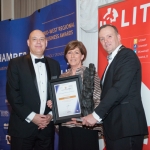 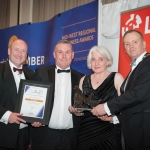 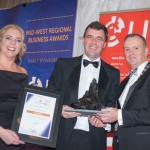 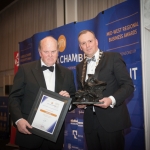 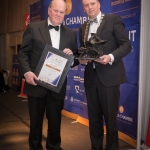 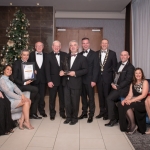 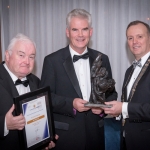 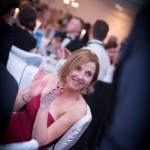