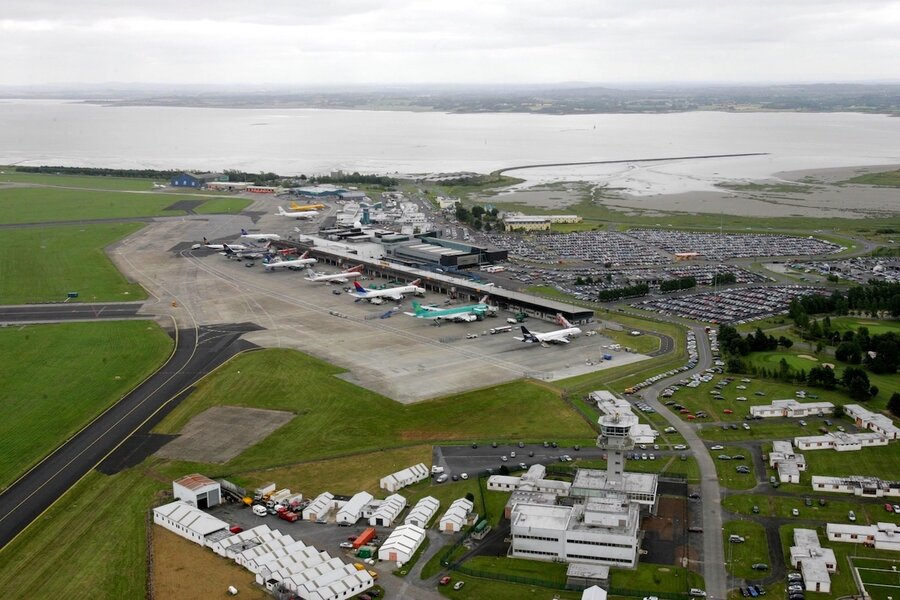 The pre-COVID-19 growth patterns at Irish airports cannot be repeated in recovery if we are to address regional imbalance, Limerick Chamber Chief Economist Dr. Catriona Cahill told the Joint Committee on Transport and Communications Networks.

Addressing the Committee this afternoon, Dr. Cahill said that the announcement on Tuesday of an additional support package worth €50 million to support the aviation sector in the short term is very welcome.

However, she stressed that there needs to be a long-term view taken in relation to aviation to ensure that the COVID-19 crisis does not exacerbate existing inequalities or, more particularly, regional imbalances.

“If we are to address regional imbalance in a serious fashion then the patterns that have emerged in the airports sector must not be allowed to continue. In the midst of this crisis, we should take the opportunity to address existing issues so that our new normal will not just replicate a damaging status quo but instead support targeted policy actions that develop our regional economies.”

Dr. Cahill said that Cork and Shannon airports need to be given official access to the regional airports programme and she recommended the implementation of a fund to support route development from regions outside of the capital as well as ensuring that Project Ireland 2040 and enterprise policy aligns with aviation policy.

“More challenging reforms relating to the potential redistribution of traffic are more medium to long term objectives, but it is crucial that the necessary discussions begin now so that this can soon become a reality,” she stated.

Dr. Cahill pointed to a report by Copenhagen Economics published jointly by Limerick, Shannon, Ennis and Galway Chambers. Among its findings was that the dominance of Dublin Airport in an Irish context should not be viewed as a natural state of affairs and such dominance is certainly not common in the EU.

“Other small open economies, where a similar concentration in market share has been observed, have implemented policy initiatives to counteract the dominance of the national airport and mitigate negative impacts on other airports. Schiphol is the only national airport with a larger share of the total number of passengers than Dublin and Dutch aviation policy has recently capped the number of aircraft movements through the national airport to alleviate bottlenecks in and around Amsterdam. Similar intervention by Governments have been seen in other countries most notably, but not exclusively, Austria.”

Following contributions by our Chief Economist Dr @catriona_cahill & @deecorbettryan at the Oireachtas Committee for Transport & Communications this afternoon our CEO spoke with @cooper_m about addressing regional imbalances https://t.co/jHLG10fC9c

Dr. Cahill stated that the call for greater balance is not a regional versus Dublin argument. “For Ireland to thrive, Dublin needs to thrive but so do the regions. These do not need to be competing interests. National policy recognises the key role that airports play in supporting growth in the regions. Yet some worrying trends have begun to emerge in recent years particularly with regards to national passenger share.

She continued: “As it stands the reinstatement of routes lost to date will be based on commercial decisions taken by airlines. During the recovery, there is a risk that airlines will focus on Capital airports given the size of their catchment area and this will have serious implications for the timeline of the restoration of routes in regional airports and as a consequence the speed of the economic recovery.

“This is concerning not only for the aviation sector itself but also for the many businesses and organisations that depend on the operations of the airports within our regions. As a small island economy connectivity is crucial. Regional airports in particular play an important role in not just attracting FDI to a region but also in retaining it. Furthermore, regional airports make significant contributions to the national economy. For example, Cork and Shannon airports contribute approximately €1bn and €3.6bn respectively to the Irish economy.”