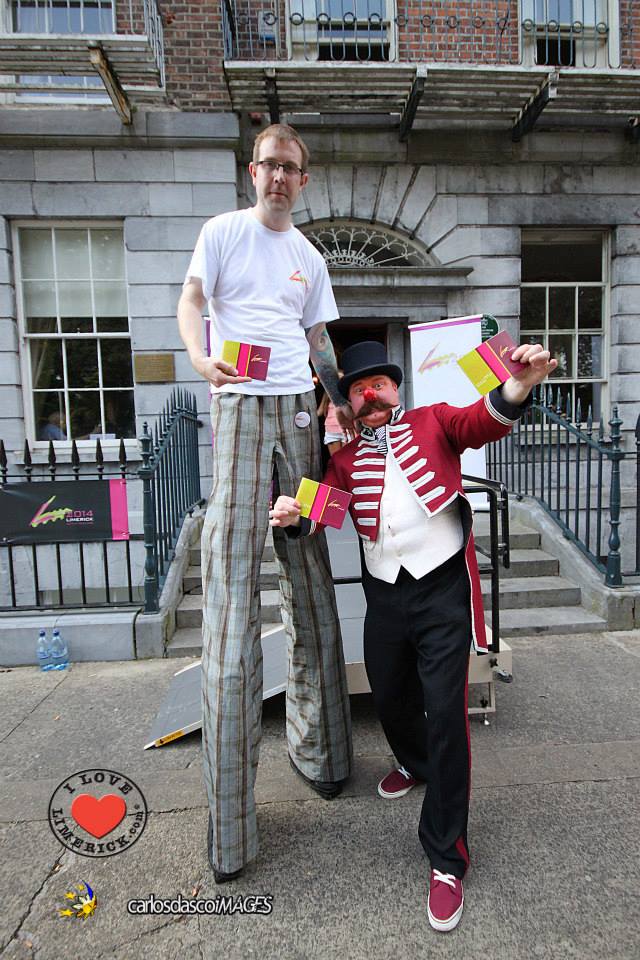 The City of Culture Team hosted ‘Find Out More’ about City of Culture for the general public at The Georgian House Number 2 Pery Square. The event provided an opportunity for the public to take a sneak preview of the new HQ for City of Culture and also a chance to meet the cultural providers in Limerick and find out more about some events planned for 2014 by local organisations. Visitors could also volunteer for City of Culture or talk to the groups about ideas for projects.

Artistic Director of Limerick City of Culture 2014, Karl Wallace said: “Over the past few months, there has been a real buzz around Limerick about the plans for City of Culture next year and the aim of the event is to show everyone what’s under our feet essentially in 2013, looking into 2014.”

“We have received over 350 ideas and as well as a chance to ask questions and find out more about Limerick City of Culture 2014, the night will also feature dance and theatrical performances from local Limerick artists including entertainment from Limerick choir Ancór at 7pm and an artisan craft fair will run throughout the evening,” said Mr Wallace.

“Those planning festivals next year and who wish to promote their event are particularly welcome. We are ambitious to deliver a memorable and successful inaugural City of Culture and generate genuine enthusiasm among the people in Limerick. Now we’re inviting everyone who would like to get a glimpse of our programme to come along on July 11 and enjoy a taster of just what 2014 will mean for Limerick,” he added.

Limerick will take up its designation as the first Irish National City of Culture on January 1, 2014. The initiative, announced by Minister for Arts and the Gaeltacht, Deputy Jimmy Deenihan, will see a city in Ireland selected and designated as a national city of culture every two years with the designation itself lasting for one calendar year. The first draft of the programme for Limerick City of Culture 2014 will be officially launched in September 2013.

Photos By Carlos Dasco For I Love Limerick.Com . ALL RIGHTS RESERVED. STANDARD DISCLAIMER – Sharing of images online in no way licenses the use of these images without the express Agreement from Carlos Dasco. All Rights Reserved 2013