By Richard Lynch on February 26, 2020@richanthon 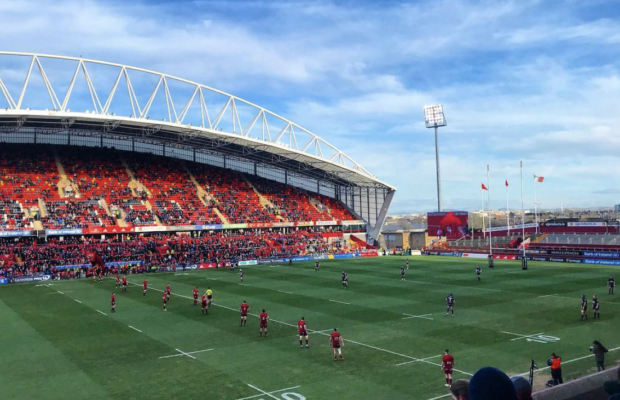 Limerick has a rich history of rugby. The sport was originally brought over by middle-class men who learned to play it in boarding school. Two key figures during this time were William L Stokes and Sir Charles Barrington of Glenstal.
William eventually became the President of the Irish Rugby Football Union and kickstarted the long-standing appreciation for the sport. Sir Charles offered up his home, Glenstal Castle, to the county’s officials, and it eventually became the renowned boarding school, Glenstal Abbey.
The city’s first rugby club was established in Rathkeale in 1874, and Limerick County followed right after in 1876. These original rugby organisations do not exist anymore, but the museum hopes to gather enough research and artifacts to continue the legacy of Limerick’s first rugby clubs.
The People’s Museum of Limerick, located on No. 2 Pery Square, collects artifacts from Limerick’s Civic Trust and outside donors to reflect what life was like in Limerick and elsewhere. Any donations are accepted.
Dr. Rose Ann White, curator and manager of the museum, commented on the exhibition saying, “We have already received a number of fascinating pieces of the past relating to Young Munster, Old Crescent, St Mary’s, Bohemians, Richmond, Garryowen, and many more local rugby clubs, and are excited to see more. If anyone has items such as shirts, tickets, newspaper clippings, victory dinner menus, or photos, please do think of us. Ask your parents and grandparents too!”
Get in touch with your old club rugby artifacts by emailing [email protected].
For more information on The People’s Museum of Limerick, click here.
For more stories on The People’s Museum of Limerick, click here.