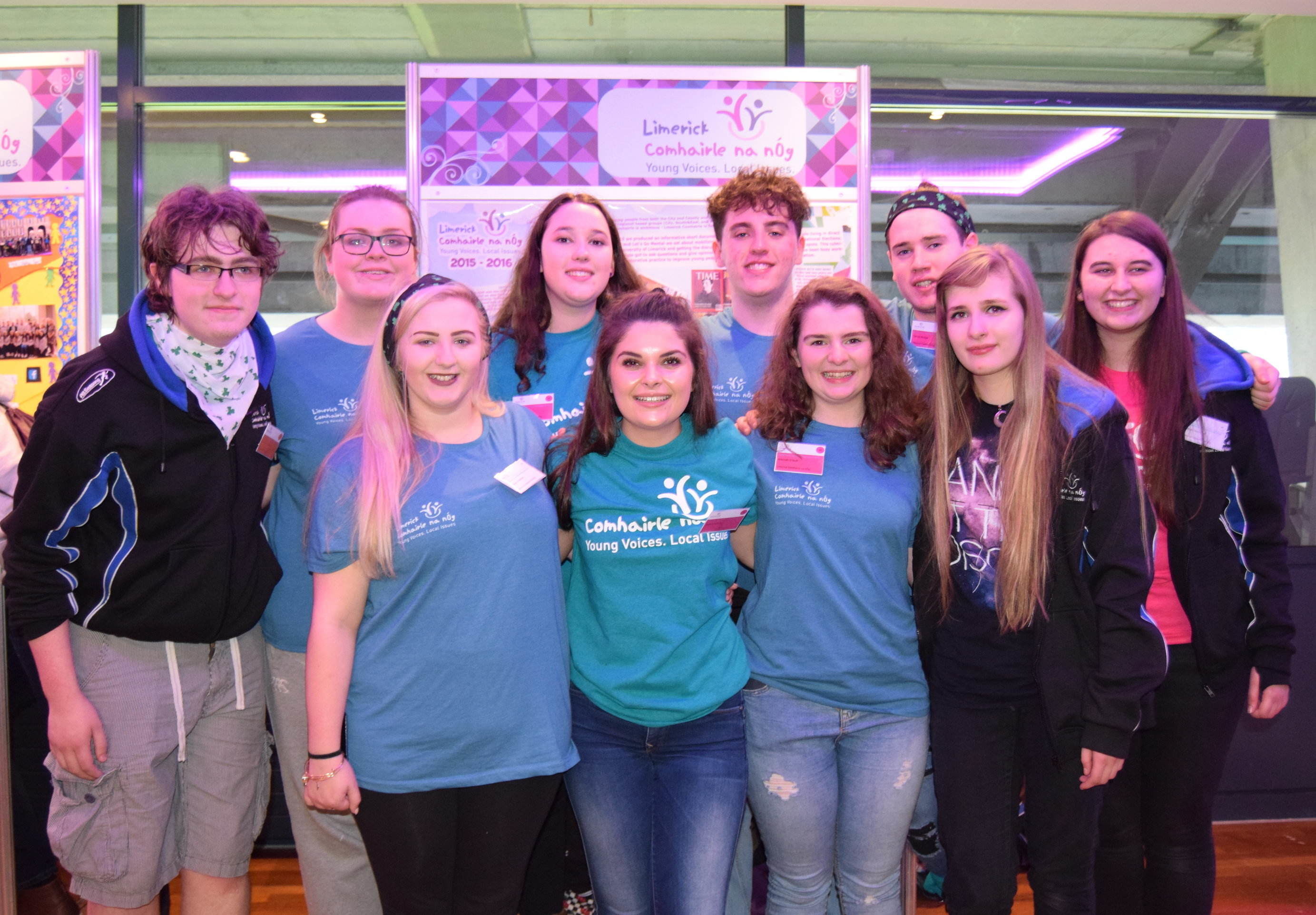 Limerick Comhairle na nÓg at the National Showcase in Dublin.

With their AGM at the University of Limerick and the National Showcase in Dublin, it has been a busy few weeks for members of a local Limerick Comhairle Na nÓg, a local youth council.

Firstly, Metropolitan Mayor, Cllr. Michael Hourigan was among the many dignitaries at the University of Limerick as he welcomed over 100 secondary student attended the youth council’s AGM.

The AGM allowed students to get involved in a youth led day that sought their opinions on the classroom environment, focusing on how student and teacher can work together to enhance Ireland’s educational system.

Limerick Comhairle na nÓg with Cllr. Hourigan at their showcase in UL.

The National Showcase allowed members of Limerick Comhairle na nÓg an opportunity to display their work which in recent years has addressed the education system, mental wellbeing, homelessness and living in direct provision system.

‘The last two weeks have shown the capacity young people have to effectively engage with topics and processes that adults often give them little input into,’ said John Real, Limerick Youth Service.

Speaking more about the role of Comhairle na nÓg Mr. Real stated passionately ‘there is a predisposition that young people will complain and moan but offer no solutions. This is often offered as a subtext in our society by adults, but through the actions of Limerick Comhairle na nÓg, this has been challenged and in many arenas, completely dispelled.’

Comhairle na nÓg, both nationally and locally, has championed the youth voice and celebrated the drive and endeavour of young people to impact change and celebrate what being young and civically active in Ireland can accomplish.

For more news on Limerick Youth Service from I Love Limerick click here.