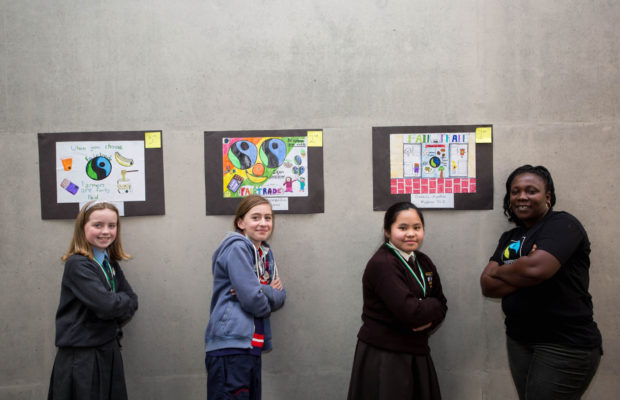 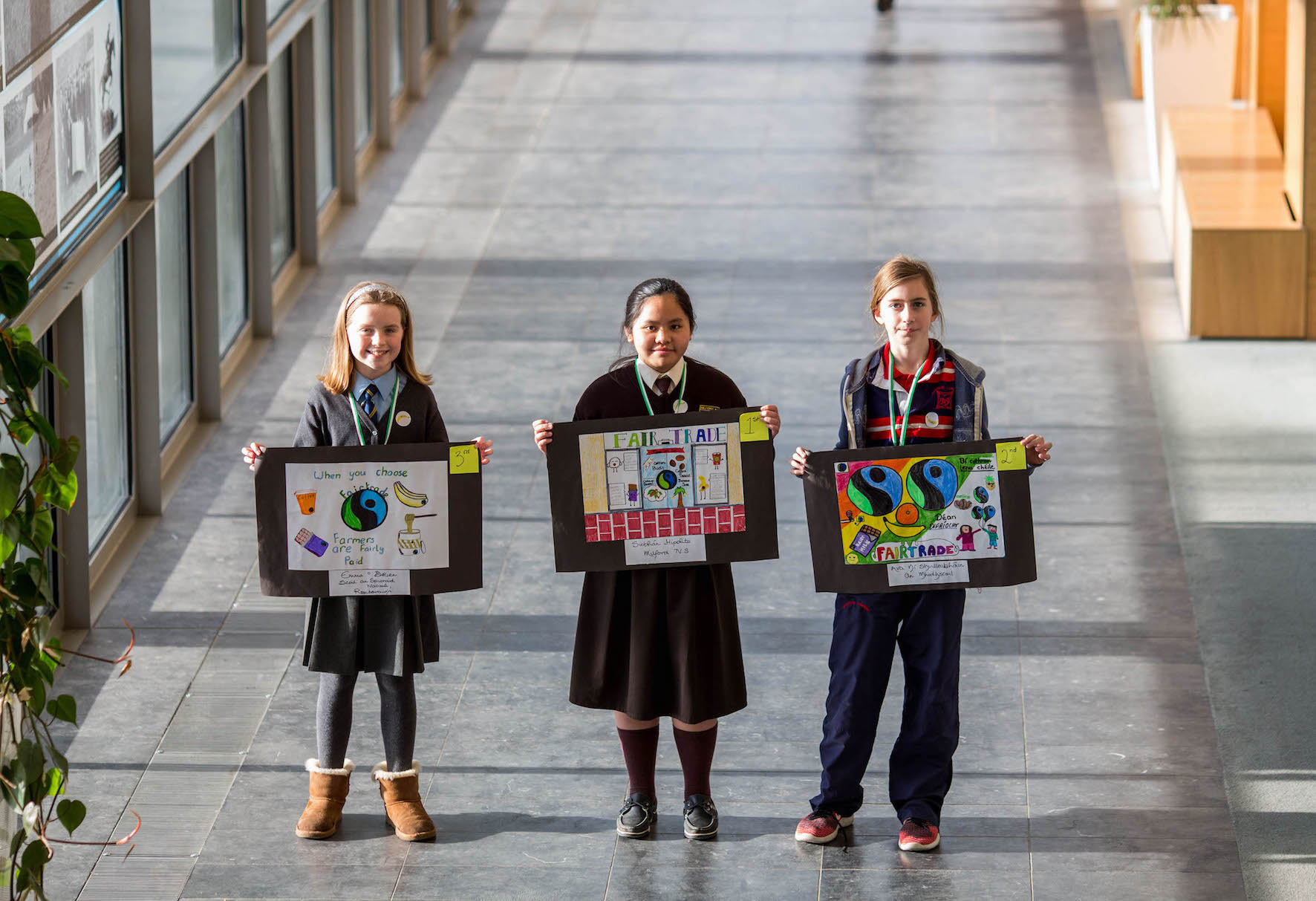 Fairtrade worker Juliet Arku – Mensah, from the VREL Banana Co-operative in Ghana, was the special guest at this year’s event to coincide with Limerick Fairtrade Fortnight 2018.

Juliet joined Fairtrade supporters from across Limerick and Ireland for the annual initiative which features a programme of talks and community events aimed at promoting awareness of Fairtrade and Fairtrade-certified products.

Speaking at the event in Dooradoyle, Juliet outlined the success and benefits of the Fairtrade movement in Ghana and how important it is for people in the developed world think of Fairtrade products when shopping.

Young people from across Limerick city and county were also a focus of the event as they display their posters which the created to help change the way people think about trade and the products on our shelves.

The Fairtrade movement is made up of ordinary people doing extraordinary things in their communities for Fairtrade. Your actions help shoppers to make choices that change the lives of farmers and workers.  This fair-trade fortnight we are encouraged to “Check Out Fairtrade and help change the world!”

Mayor of the City and County of Limerick Cllr Stephen Keary said: “I want to thank the Limerick Fairtrade Committee that for continuing their efforts to get across to as many people as possible that many of the farmers and workers who grow our food aren’t getting paid fairly.  Since Limerick became a Fairtrade City in 2005, the movement has become a lot more visible and people have become a lot more conscious of where products are sourced.”

Chairperson of the Limerick Fairtrade City Committee, Dolores O’Meara, said “While the good news is that sales of Fairtrade products in Ireland grew from €273 million in 2016 to €342 million in 2017, an increase of 25%, we need to keep up this momentum.  Farmers on small holdings in the developing world depend on the choices we make as consumers.  When they trade through Fairtrade, they not only get a fair price which provides them with a sustainable living but their Fairtrade Co-operative also gets an additional payment, a social premium, which is used for community development projects.  We can change the world and bring about equality when we choose items with the Fairtrade logo.”