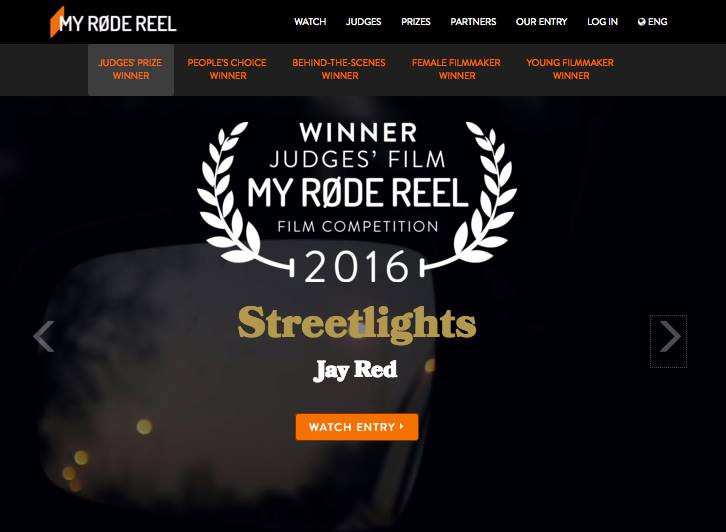 Jason’s short film is entitled ‘Streetlights’ and tells the story of a man with a photographic memory who psychologically reflects on his own traumatic past. The film contains stunning cinematography and fantastic performances to make a captivating few minutes of on-screen genius.

This three-minute film, produced, written and filmed in Limerick, brushed off over 1200 entries from around the globe and is arguably the most successful piece of film-making seen in the city for years.

“I am actually speechless. A massive THANK YOU to everyone who went out of their way to support us”, expressed Jason following his deserved win at the competition.

My RØDE Reel is an international Short Film Competition which allows applicants from all over the world to submit their own short films in hopes of winning in at least one of several categories, such as Best Documentary and Best Action, in the competition.

One of the top prizes to be won at the competition is a four-week workshop at New York Film Academy with up to $10,000 in flights and accommodation, all courtesy of RODE.

To participate in My RØDE Reel, entrants must create and produce an original short film of a minimum of 60 seconds and a maximum of 3 minutes in duration. A behind the scenes component is also to be included showing a RØDE Product in the use of the production.