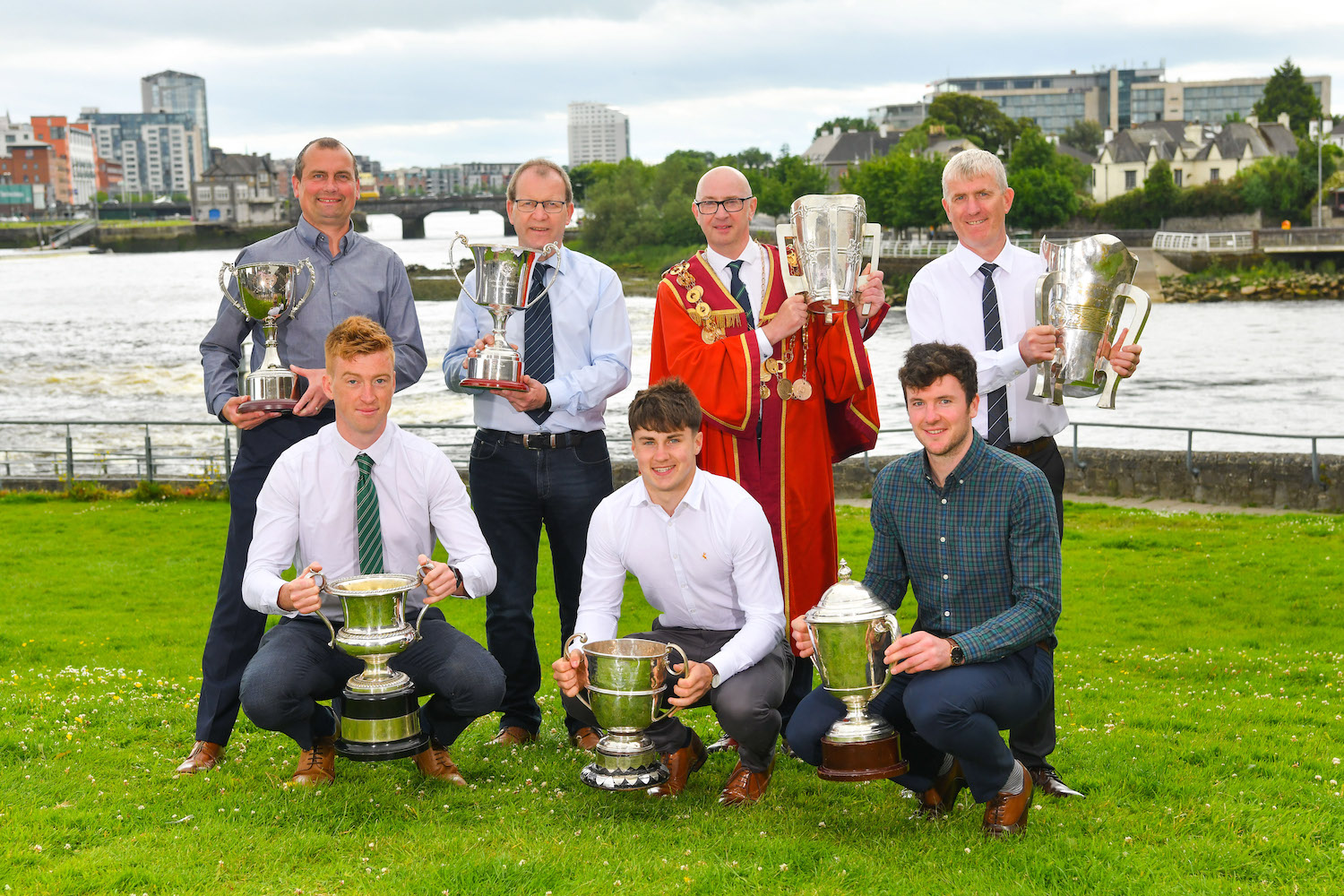 The Mayor of the City and County of Limerick has welcomed some Very VIPs to the Council’s Corporate Headquarters in Merchant’s Quay.

Traditionally, the Mayor of the City and County of Limerick would host a special reception for the champions, along with a homecoming for the All-Ireland winners.

However, following the great win last December, health guidelines did not allow such events to take place. Large scale events are still restricted.

Instead, a courtesy call was made by members of Limerick GAA to Merchant’s Quay and they brought the seven cups.

Mayor of the City and County of Limerick, Cllr Michael Collins said: “Limerick GAA has done so much to keep our spirits up through the Covid-19 pandemic, and they performed brilliantly on the pitch giving Limerick people something to shout about.”

“Unfortunately the times we are in meant the scenes in Summer 2018 could not be repeated. But the players know the whole of Limerick is behind them and were delighted with their success on the field.”

Rathkeale GAA club were delighted to receive a framed scroll in recognition and acknowledgement of the Club’s contribution and assistance to the community during the COVID-19 pandemic.

Pictured is @cllrmcollins along with committee members and players.

Thank you to the Mayor. pic.twitter.com/80gPhFMlpn

“I’m honoured that the GAA accepted the invitation for the courtesy visit and I’m delighted they brought all seven cups with them. It was a truly remarkable year. Well done to them all and the very best in this year’s championship.”

Following this visit, the Mayor has embarked on a round Limerick trip to GAA clubs across the city and county, to present scrolls to Limerick’s GAA clubs in recognition of the Trojan and important work they have done in communities throughout the pandemic.

The Mayor of the City and County of Limerick Michael Collins presented a scroll to St Patrick’s GAA to acknowledge the club’s contribution and assistance to the community during Covid 19 pandemic. Photographed with the Mayor are from left Kieran Chambers, treasurer, Michael McNamara, committee, Larry Cross, chairman, Owen Shaughnessy, vice chairman, and Joe Markham, secretary. Picture: Liam Burke/Press 22

The scrolls are inscribed with: ‘The Mayor and Members of Limerick City and County Council, acting on behalf of the people of Limerick acknowledges the club’s contribution and assistance to the community during the COVID-19 pandemic.’

Mayor Collins said: “It was important that we recognise the work that ordinary club members have done within their communities since Covid hit. I have been heartened but not surprised at the way communities the length and breadth of Limerick have come out in force to help one another during this time.”

“Our GAA clubs have been central to this massive upswell in community spirit and these visits and scrolls are a small but important way to mark this. It shows the strength of community and the significant role the GAA plays in Limerick.”

Scrolls have been presented to all clubs, with all health guidelines adhered to.