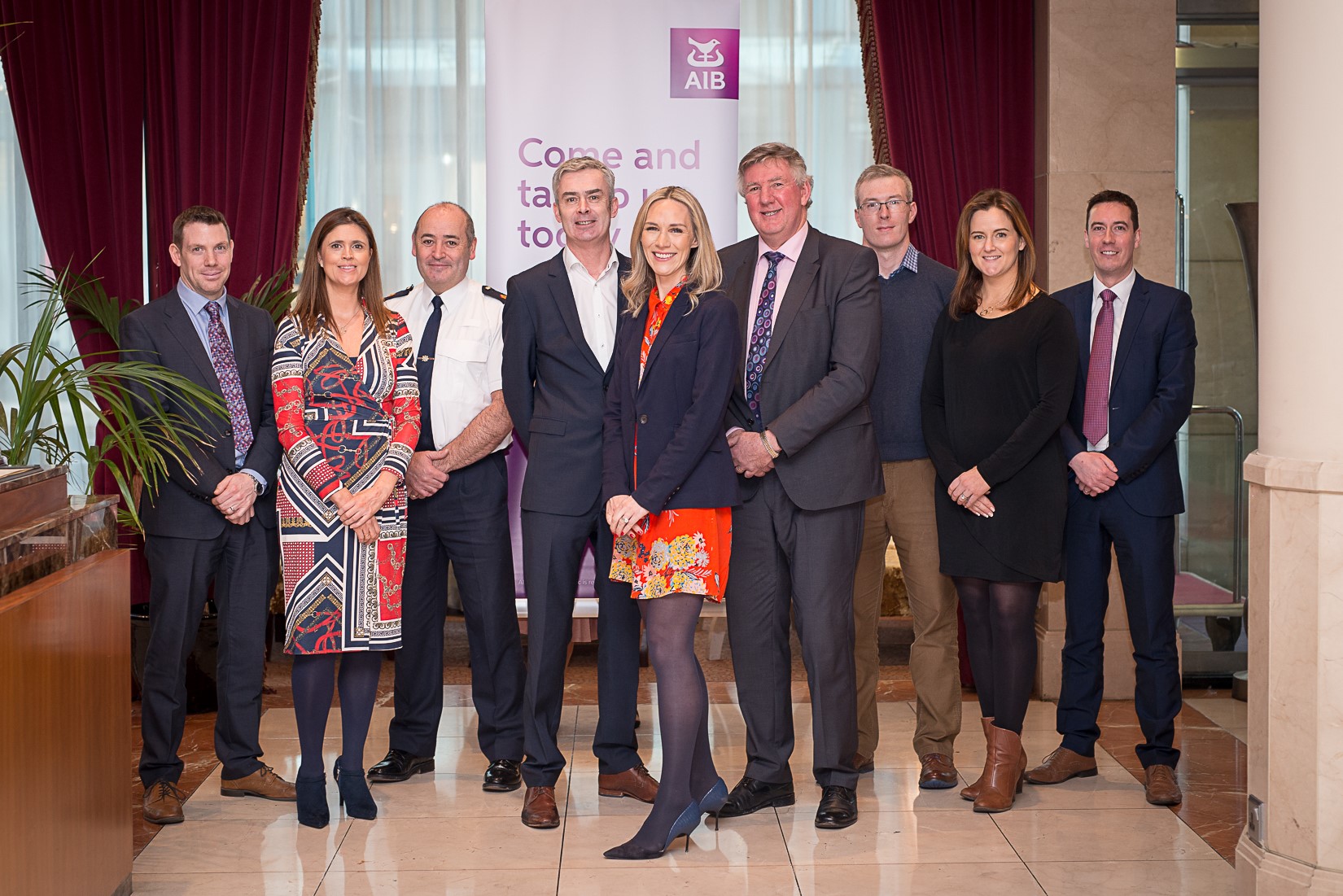 Giving a range of insights drawn from examining card transactions, David McCarthy, Head of Hospitality and Tourism at AIB – sponsors of the event – revealed that Limerick hotel business was up by 119% in 2018, with business from the North American market up 257%.

Speaking at the event titled ‘Spending Trends: Tourism, Retail & Hospitality Industry Insights & Marketing Trends’ at the Savoy Hotel, Mr Fitzpatrick said that revenue Per Available Room (RevPAR) for Limerick increased from €53 in 2016 to €59 in 2017 and to €91 in 2018.  Restaurant revenue grew by 33%, while pub business was up by 13%.  “All of the data is telling us that Limerick is performing extremely well in all elements of the hospitality sector. Hotels pubs and restaurants are all seeing double-digit growth or more in some cases,” he said.

“One key statistic that’s jumping over across all sectors is the North American market. Spending in Limerick has massively increased over the last two years. It’s become a far more important market to Limerick than the UK market.

“Overall, it’s a really positive message we are seeing. When benchmarked against other major counties of Ireland, the biggest growth rates appear to have been incurred in Limerick.”

Mr McCarthy said that he expected the growth to continue.  “Limerick has the accommodation capacity to take a lot more visitors into the county.  A lot of people are coming to attractions and events in Limerick but then they’re leaving again and staying in other counties.  There’s a potential to hold onto them.”

The event heard that good news for Limerick on the Brexit front is that it is not as exposed from a tourism perspective to the UK market as other regions, with 11% of business drawn from our nearest neighbours. But, according to speaker Niall O’Callaghan, Managing Director of Shannon Heritage, there is still cause for concern.

“Obviously Brexit is an unknown. While we’re probably the least impacted region in respect of UK visits to Ireland in the mid-west, on the flip side of that, consumer sentiment is weak from a domestic perspective and that’s something that we just need to be cautious about.  What concerns me is how the domestic audience thinks. Will they stop going to tourist attractions, the cinema, restaurants at the level they are now?”

The CEO of Ireland’s largest day and night-time commercial visitor attraction operator said that the dominance of Dublin and impact of Dublin Airport on the market is a concern.  “The dominance of Dublin clearly is a challenge. All the facts would point that the majority of tourists coming to Ireland are now landing in Dublin, even if they are bound for the west of Ireland. We have a world class international airport on our doorstep in Shannon Airport and it’s hugely important for Shannon to grow.  We need people flying into Shannon, anchoring their stay here and then perhaps a day trip to Dublin rather than the other way around.”

CEO of Limerick Chamber Dee Ryan said there was much food for thought from the event. “As the speakers illustrated, we’ve done extremely well in Limerick here of late, grown visitor numbers hugely. 2018 was a particularly good year, our best in decades perhaps.  What jumps out is the opportunity for us to grow business here even more in Limerick.  Our festivals and attractions are doing particularly well but perhaps we need to promote them more and need more of them.  But we are definitely heading in the right direction.”

To watch their video go here

Related Topics:Business tourismlimerick chamber
Up Next

SSE Airtricity presents over €0.25 million to 62 community groups from Limerick and Kerry