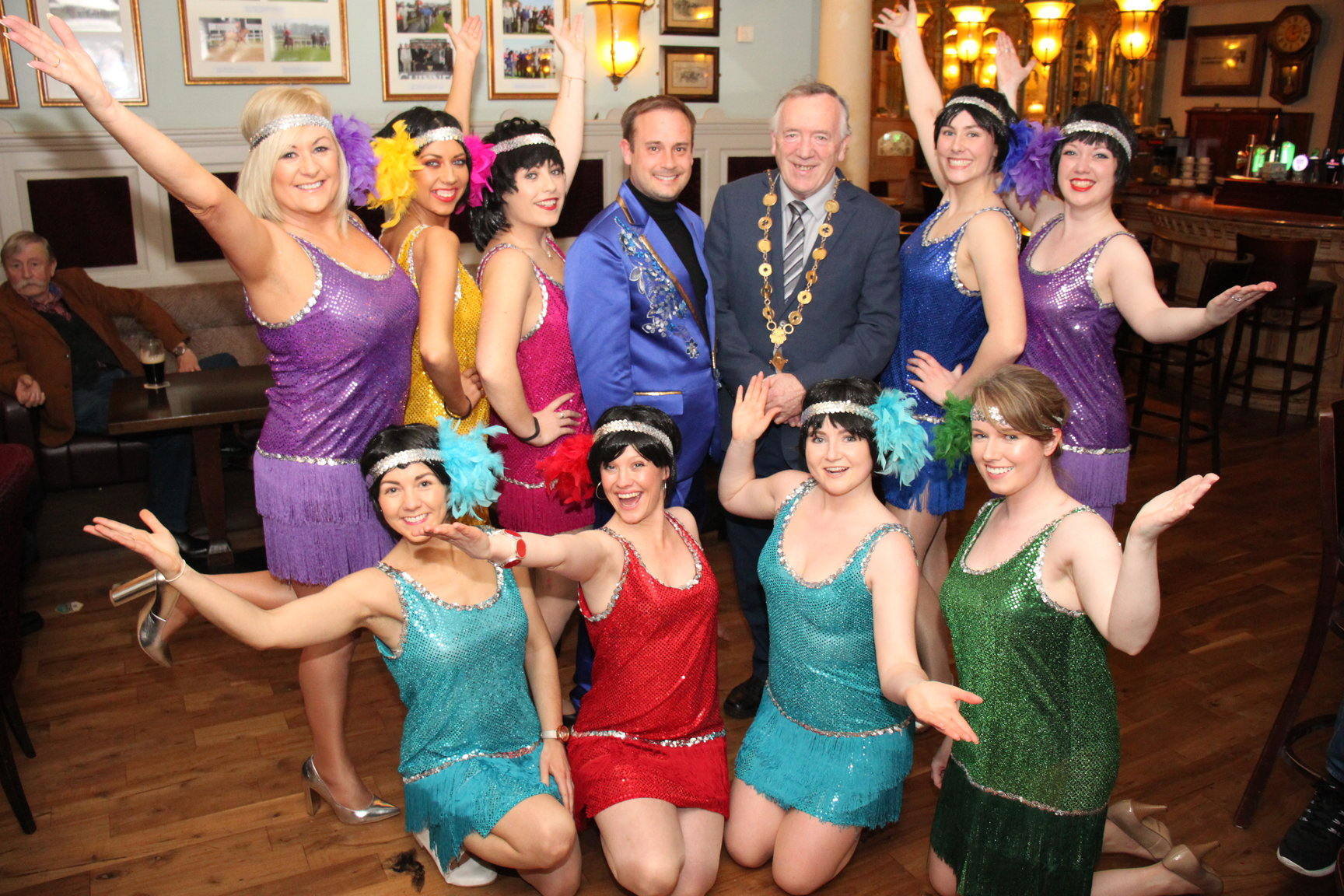 Actors and actresses of the Limerick Musical Society Jesus Christ Superstar pictured at the press launch which was held in The South’s Pub last Monday evening, April 9 along with Mayor Stephen Keary. Picture: Sophie Goodwin/ilovelimerick.

Limerick Musical Society has established itself as being one of the leading amateur musical theatre societies in Ireland. It has had the pleasure of performing regularly to sold-out audiences in the University Concert Hall and has been acknowledged for its substantial contribution to the arts and culture of Limerick.

Throughout its 18-year history, the Society has produced a spectacular variety of shows ranging from traditional Gilbert and Sullivan productions to the modern offerings of Evita, Chess, and Witches of Eastwick. In recognition of the high standards achieved, the Society has also been awarded numerous national laurels from the Association of Irish Musical Societies.

Considered one of the greatest rock operas ever created, it highlights the political and personal struggles between Jesus and Judas during the last 5 days in the life of Jesus up to his death. Limerick Musical Society Jesus Christ Superstar has a brilliant score including the well-known Jesus Christ Superstar, Heaven on their minds, the very moving Gethsemane; I don’t know how to love Him, and many more.

Set in current times, as recommended by Tim Rice and Andrew Lloyd Webber, director Des Henn and his production team, musical director, Máire Keary-Scanlon, choreographer, Niamh Twomey, set construction, Tom Lynch and Made for Stage, lighting Joe Betts, Jacinta Florish sorting costumes, and stage manager, Mike O’Regan have embarked on creating a unique staging of this iconic musical. A distinctive and imaginative set, superb leads, a strong supporting cast, a talented orchestra, super choreography, costuming and all the elements of current day survival make this a production not to be missed.

Tickets for Limerick Musical Society Jesus Christ Superstar cost €23/€21 including booking fee and can be purchased from the UCH Box Office on 061-331549 or www.uch.ie.