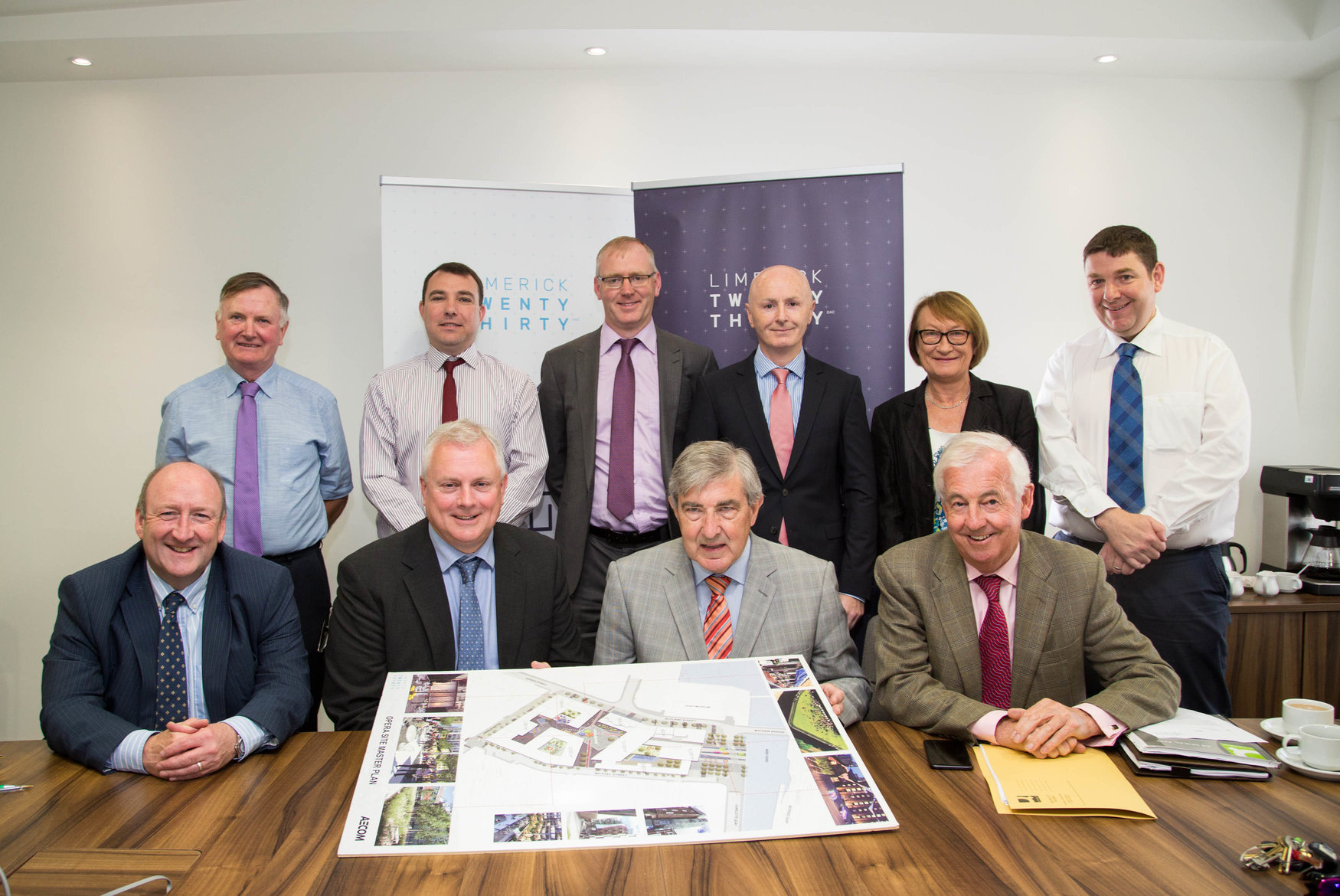 The planning process for largest single project in the Limerick Twenty Thirty programme focusing on the Limerick Opera Site, which is transforming the city centre into a dynamic economic hub and living space, has commenced as of today, Wednesday, June 28.

The special purpose vehicle established last year to deliver over €500m worth of investment infrastructure across four strategic sites in Limerick City will formally commence a Part 8 planning process this Friday to develop the hugely anticipated Limerick Opera Site.

This is the second major infrastructural project that Limerick Twenty Thirty has brought to the market, with The Gardens International project underway since April this year, providing 80,000 sq. ft of LEED Gold office accommodation.

The 1.62 hectare (four acres) Limerick Opera Site was acquired by Limerick City and County Council in 2011 after a planned redevelopment under private ownership failed to materialise in the last decade.

The plans will be sensitive to the rich Georgian architecture across the 550,000sq ft of property.  They will deliver a world-class, modern office-based campus in the heart of the city supplemented by ancillary retail, cultural and licenced premises uses.

The development on Limerick Opera Site, which will be delivered to LEED Gold certified standards, will be the largest single city centre project ever undertaken in Limerick.

Limerick Twenty Thirty CEO David Conway said: “The Opera Site, given the failure to deliver on the exciting plans announced for it early in the last decade, became one of the biggest symbols in Limerick of the crash.  The redevelopment of it, which is now finally going to planning, will be a symbol for Limerick recovery.   It will be a pivotal moment for the city and will not just be a huge economic boost to Limerick but will deliver a massive injection of confidence in the city centre,” he said.

Limerick Twenty Thirty Chairman Denis Brosnan said, “When we launched Limerick Twenty Thirty last September, we said we would not delay in bringing about the transformation of the city through developing key, disused city sites, and this is evidence of that.  Just two months ago we commenced work on the International Gardens project and now we have moved onto the planning process for the much awaited Opera Site.

“The patience of Limerick and its people has been tested in relation to this particular project but they are about to be rewarded.  The Opera Site will accelerate the unrelenting transformation of Limerick into an attractive and competitive international city.”

A public consultation process with regard to the plans will commence on July 30 and run until August 25, with the planning notice on display until August 11.  It is hoped to commence work in 2018, with a five to six-year programme to complete the project.

Located on the south side of the River Abbey at the confluence with the River Shannon, adjacent the Hunt Museum and east of Arthur’s Quay Shopping Centre, the site, which has had a number of commercial and retail proposals from private ownership since 2001, bounds Rutland Street and Patrick Street to the west, Ellen Street to the south, Michael Street to the east and Bank Place to the north.

The project will involve the demolition of several structures which are not of architectural social or historic significance, the sensitive refurbishment and modification of a number of buildings of heritage value, including the old Town Hall, a protected structure dating to 1805, and construction of a number of new commercial blocks of varying height and scale.