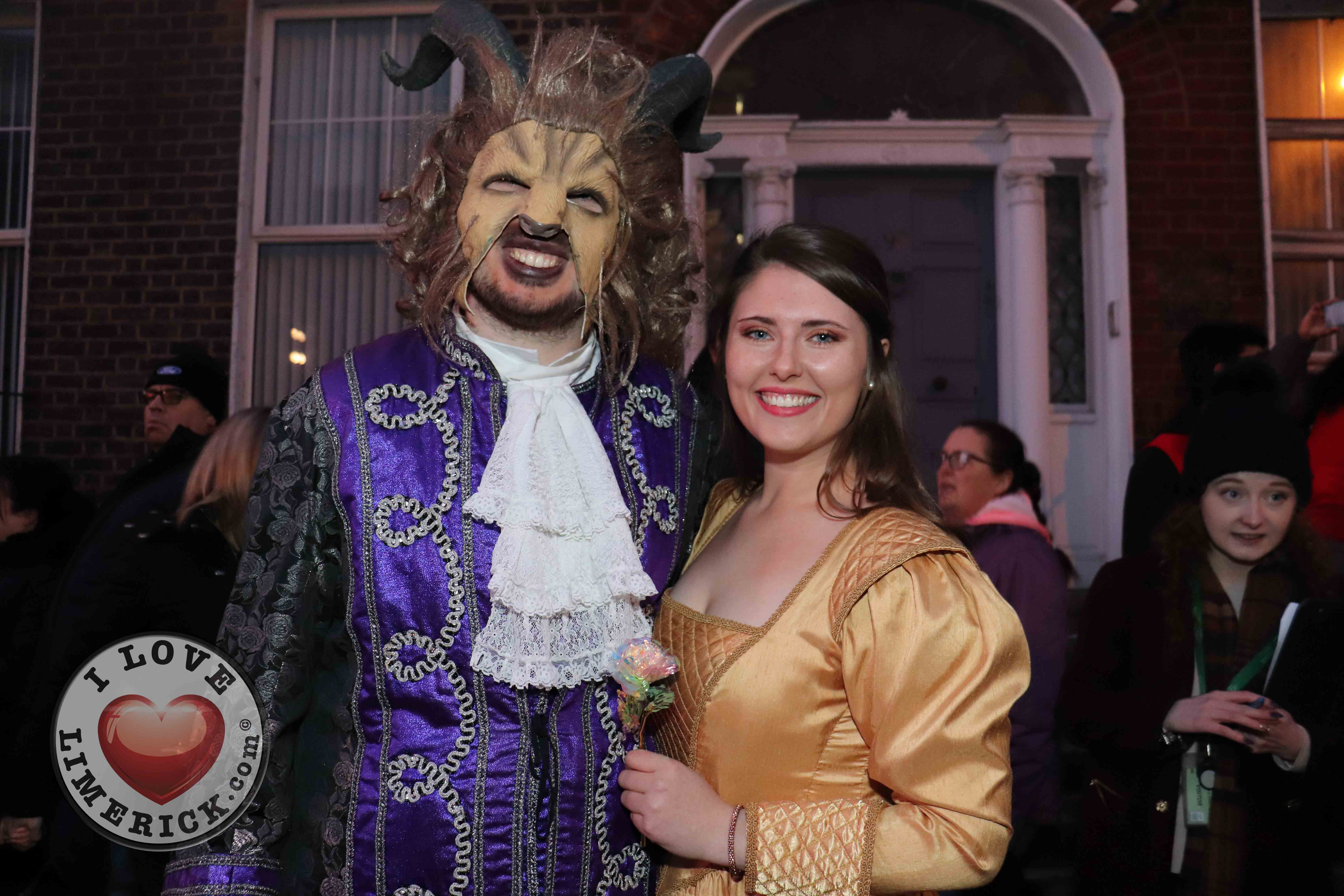 Limerick Panto Society presents Beauty and the Beast, this Christmas at the Lime Tree Theatre

Limerick Panto Society presents Beauty and the Beast, this Christmas at the Lime Tree Theatre

The Limerick Panto Society are returning to the Lime Tree Theatre this Christmas, for 14 performances of Beauty and the Beast. The show kicks off Friday, December 27 and runs right into the New Year before wrapping up on January 5, 2020.

A cast of over 50 will bring the Beauty and the Beast musical score to life, with many familiar faces reappearing. Panto favourite, Tim Cusack is back again as the Dame, Jason Ronan as the Beast and Natasha Coughlan as Belle. Damian Shaw and his sidekick Ronan Mitchell will create some chaos with their usual hilarious antics as Belle’s ugly sisters.

Popular musical numbers like ‘Be Our Guest’ or ‘How Does a Moment Last Forever’ and many more will be accompanied by a live orchestra. Some contemporary songs will also be added into the mix to give the whole production a modern twist.

Dance direction is in the capable hands of Carol Cusack, the Choreographer is Lisa Hogan, Chorus Master is Morgan Roughan and Musical Direction is Michael Hinchy.

Character Announcement!!!⠀ ⠀ Last year he transformed from a Caterpillar to a Prince; Can he do it again this year from a Beast !!!!⠀ ⠀ We are beyond thrilled to welcome back the amazingly talented Jason Ronan as The Beast???⠀ ⠀ This is Jason’s third outing with Limerick Panto Society, having first played Aladdin in 2017. However, he is no stranger to the stage, having performed with MIDAS in his college days, and since with The Cecilian Musical Society, Limerick Musical Society, and Shannon Musical Society. ⠀ ⠀ Most recently he performed with the Cecilians in Chitty Chitty Bang Bang on their hundredth anniversary as Caractacus Potts. Previous roles include Leo Bloom (The Producers), The Lion (The Wiz), Curtis Jackson (Sister Act), Dennis (All Shook Up), Teen Angel (Grease), Walter (Chess), Mal (The Addams Family), Tony Forte (Copacabana).⠀ ⠀ Jason will again take to the stage during the new year with Limerick Musical Society for their 25th Anniversary production of Titanic, where he will play the role of Harold Bride.⠀ Jason would like to thank the committee, cast and crew of Limerick Panto Society for their hard work and dedication in producing a pantomime of the very highest standard year after year.⠀ ⠀ ⠀ #Limerickpantosociety⠀ #LimerickPanto⠀ #Limetreetheatre⠀ #ChristmasinLimerick⠀ #Limerick

Beauty and the Beast is in association with the Crescent Shopping Centre, main sponsors and other sponsors include Shannon Airport, Mr Binman, Limerick City Hotel, McGettigans, Quirke Shaw Cleaning Supplies and McDonald’s.

Beauty and the Beast starts Friday, December 27 at the Lime Tree Theatre and runs until Sunday, January 5. Performance dates are as follows:

Beauty and the Beast is sure to be a family favourite after this years performance at the Lime Tree Theatre.