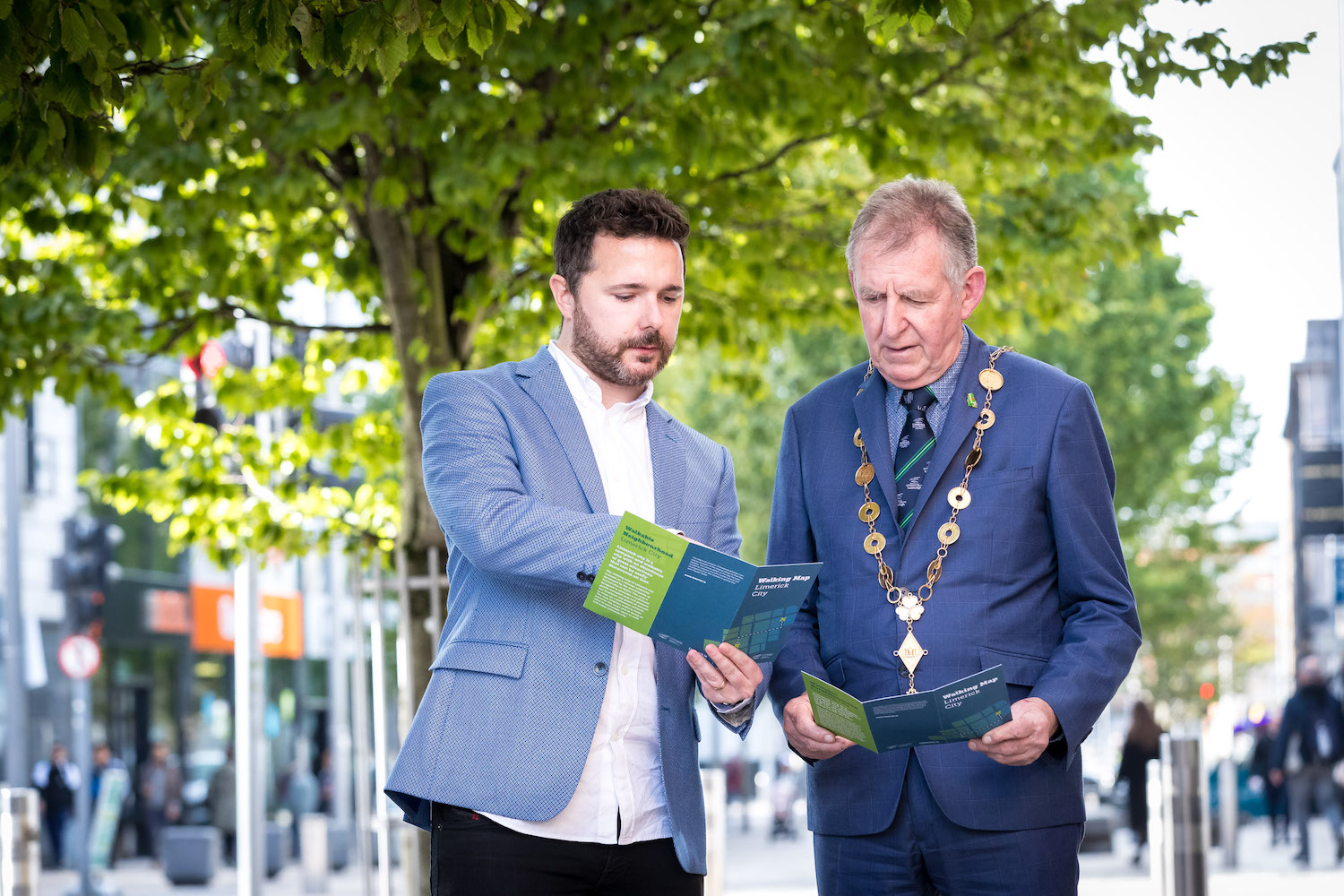 A new map showcasing the walkability and compact nature of Limerick city centre has been launched.

The Limerick city walking map is designed to resemble a traditional underground style public transport map and presents key locations and points of interest as stops on a pedestrian network.

It displays walking times between the stops and in doing so, aims to encourage users to walk and enjoy the city centre. It also includes details of points of interest, bike docks, off-street parking and shopping areas. 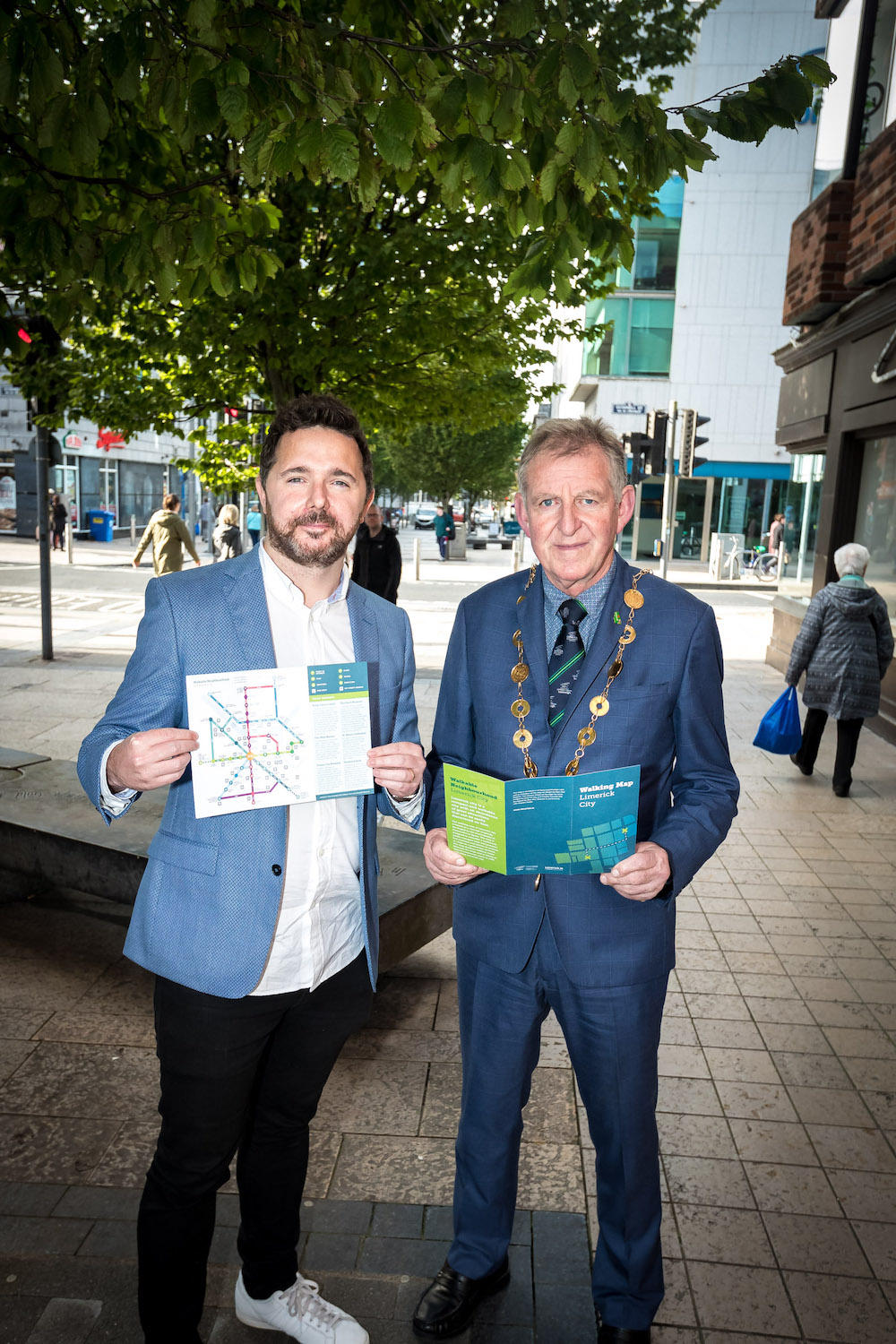 An initiative of Rian Mac Giobúin, North Circular Road, who founded EireannachTharLear.com in 2018, the design was funded by Limerick City and County Council and developed by Rian in partnership with Piquant Media. He said the main objective of the map is to encourage people to walk instead of taking the car.

Rian said, “By displaying walking times between key locations and well-known landmarks, it highlights just how close they are to each other.

“Walking really is a super-power for our mental and physical health, it’s better for the environment, it improves the safety of an area and increases social interaction. The map also highlights the number of great attractions Limerick has to offer, all within walking distance of each other.

“We often forget how many great things there are to see and do around the city and I hope the map will be used by tourists visiting the city as well as locals. The map also highlights the bicycle stations and the abundance of parking in the city. We are always told that there’s no parking in the city but as you can see from the map you are never more than a few minutes’ walks from off-street parking, meaning that if you need to you can drive into the city for work or shopping and walk everywhere from there.  Limerick is a compact and walkable city and I hope that this can be a step towards making Limerick the most walkable city in Ireland,” he added.

Welcoming the initiative, Mayor of the City and County of Limerick, Cllr Michael Sheahan said that the map is an innovative way to show just what a walkable neighbourhood Limerick city centre is.

Cllr Michael Sheahan, said, “When you look at the map you realise the compact nature of the city centre and that it’s really just a few minutes’ walks between so many attractions and venues. There are so many lovely walks in Limerick and it’s an ideal city to explore on foot for everyone.

“With the Walktober step challenge underway in workplaces and campuses across Limerick, the publication of this map is very timely and well done to all involved in producing such a great asset,” he added.

The new Limerick Walking Map will be available to download here.