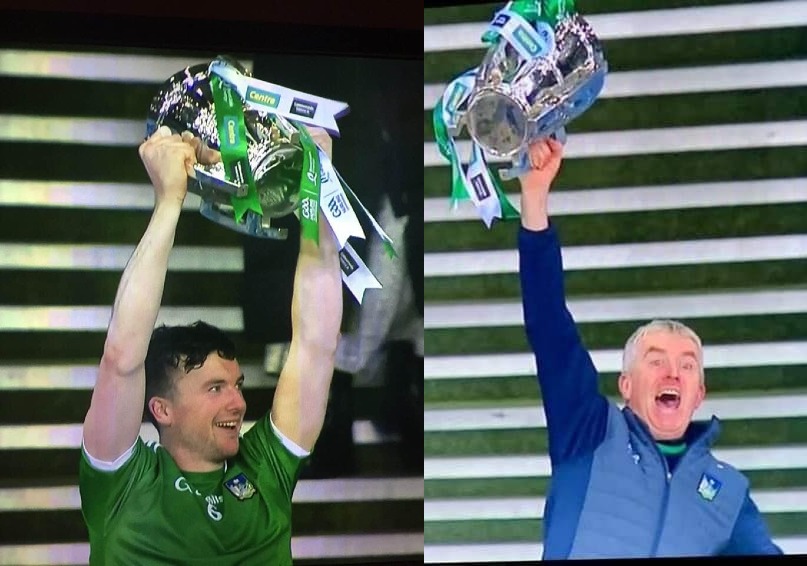 The city and county of Limerick celebrated on Sunday, December 13 after our Senior hurlers took home the championship after a brilliant match against Waterford in the All Ireland Senior Hurling Championship Final.

After such a hard year with Covid-19 and social distancing it was brilliant to see the city was filled with people driving through yelling and beeping their horns in celebration of a brilliant win by our boys in green and white. Buildings all over Ireland lit themselves in green in celebration and support of the boys.

There is no better Christmas present the people of Limerick could ask for this year. This was the performance these Limerick players had been waiting to give. Their timing, like their season, was perfect. John Kiely’s side led the Deise by 14 points to 11 at half-time last night which was played behind closed doors due to the Covid-19 pandemic.

Following a dominant second-half performance, Limerick emerged victorious on a final score of Limerick 0:30 – Waterford 0:19. There were stunning displays from wing-forwards Gearoid Hegarty and Tom Morrissey as they inflicted huge damage to Waterford as they scored as many points for Limerick as they possibly could.

There was little doubt by the second-half water break that a victory for Limerick was in store. Waterford put up a worthy fight, trying to manufacture goal openings. Yet Limerick’s defenses were undefeatable as they kept Waterford from taking the cup.

It was a monumental moment for Limerick as Dreams by Limericks own, the Cranberries, played out across Croke Park as Limerick’s win was announced. There were smiles and tears all over the county and in Croke Park as they celebrated the win that was well deserved after this difficult year.

The Mayor of the City and County of Limerick has congratulated the Limerick hurlers on winning their second All-Ireland Senior Hurling title in three years, while also securing the Munster Championship and National League titles and going the year unbeaten.

The final #FanWall before throw in pic.twitter.com/LKbQQfTqKG

Mayor Michael Collins said, “2020 has been such a difficult year for many but it has been made that bit brighter thanks to the Limerick hurlers, and winning the final today, is an unbelievable Christmas present. What a great way to finish the year on such a positive note.”

“The team performed with such determination and skill in the match and their self-belief and grace under pressure shone through. They showed their true colours and the pride they have in the green of Limerick.”

“On behalf of the people of Limerick, I would like to thank them for brightening up our Autumn and Winter with this amazing All-Ireland journey. They have given us something to talk about and support other than Covid-19. It is not just the win that fills us with pride, it is the manner in which the team and management conduct themselves on and off the pitch.”

“While I would like nothing more than to host a homecoming this year, it is not possible and instead I ask supporters to show their support and their appreciation to the team on social media.”

“The absence of a homecoming doesn’t lessen the support and respect we have for the Limerick hurling team and their management.”

“I would also urge all Limerick supporters to celebrate this magnificent win in a safe manner and continue to follow the guidelines around Covid-19.”

The Mayor finished his congratulations with a Limerick call. “Luimneach Abú!” Limerick Wins All Ireland

For more on the Limerick hurling team go HERE

Related Topics:Hurlinglimerick gaa
Up Next