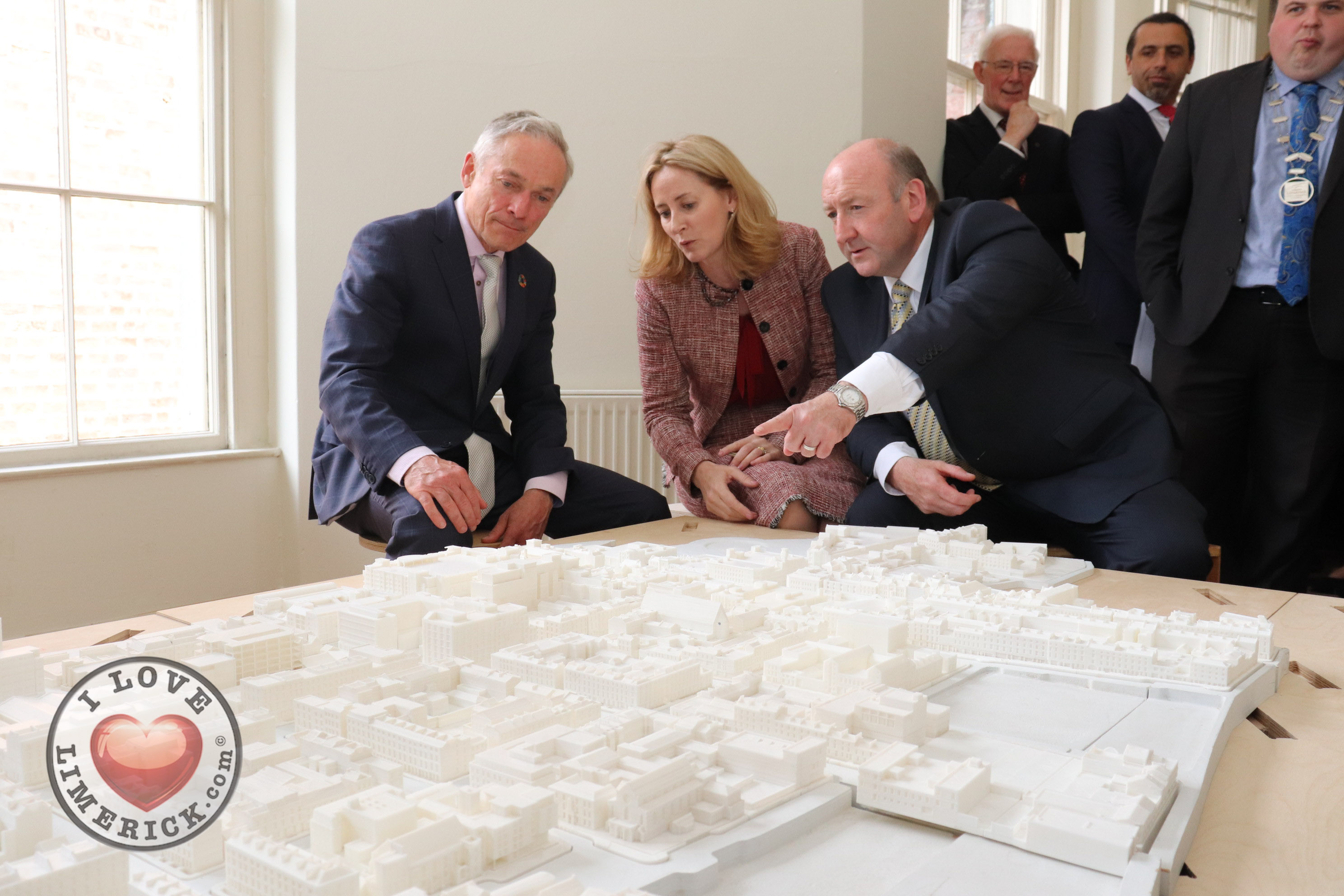 Richard Bruton, Minister for Communications, Climate Action and Environment of Ireland launches ‘+CityxChange’, the EU Horizon 2020 project lead by Limerick City and County Council and the city of Trondheim in Norway to improve the energy performance of old historic buildings.

Discussed in the opening episode of I Love Limerick’s Podcast show was the recent events that took place in Limerick last week. To start of the Climate Action Plan 2030 launched by Minister Richard Bruton. Minister Bruton was joined by a panel of officials to discuss with the public the new Climate Action Plan for 2030 in Tait House Community Enterprise on Friday, September 6.

The Climate Action Plan that has been launched by the Government to address the huge increase in greenhouse gas emissions since the improvement of our economy and aims to reduce waste and fossil fuel consumption by 2030. The discussion regarding this new plan aimed to personally address the public on their concerns for the environment and local area, along with discussing how we can take action both locally and globally.

The panel was made up of John Randles from SEAI, Minister for Communications, Climate Action and Environment Richard Bruton, Mary Frances Richard from the EPA and Trevor Donnellan from TEAGASC. Community activist Helen O’ Donnell, Chairperson of Limerick Tidy Towns acted as adjudicator.

This was followed by a second event in which Minister Richard Bruton went to the Georgian House at 2 pm for the launch of the +CityxChange EU programme. +CityxChange is an EU Horizon 2020 project lead by Limerick City and County Council and the city of Trondheim in Norway into looking at ways to improve the energy performance of old historic buildings and adapting to the new clean energy market, thus improving the economic and urban performance of the historic areas. The project ties into the goals of the government’s Climate Action Plan.

Parts of Georgian Limerick have been chosen to pilot this new climate change initiative about how old buildings can be upgraded to produce more energy than they consume. Limerick city along with Trondheim in Norway are the two cities chosen to lead the new +CityxChange  programme which is designed to show the rest of Europe how to dramatically reduce the carbon footprint of urban areas.

They also talked about the new marketing campaign, promoting Limerick city centre as the place for students. Launched by the Marketing & Communications Department of Limerick City and County Council. The new campaign has been unveiled as more than 24,000 students start the new college year at Limerick’s third-level institutions.

Another launch they discussed was Stop The Bully Ireland. They have joined up with Munster Martial Arts and Size Gorgeous Management to host a free family workshop this September, suitable for families with kids in primary or secondary school on Saturday, September 28, in the Strand Hotel Limerick.

A story that everyone is talking about is the public break up of Love Island winners 2019 Amber and Greg. Before the split was made public, Amber had been due to appear on The Late Late Show on RTÉ One last Friday night along with Greg and fellow Love Island star Maura Higgins. On the show, Greg denied earlier reports that he dumped Amber by text, explaining that the split was a mutual decision to protect their careers. However, speaking on Loose Women, Amber said that Greg decided to end things during a text conversation and denied it was a mutual decision.

Now is sports news, they discussed the results in Croke Park last Sunday.  In the first of a triple-decker of camogie finals, DEFEAT for Limerick in Croke Park this Sunday in the All Ireland Premier Junior Camogie Championship final. It finished Limerick 0-8 Kerry 0-11 in the third tier final, But huge congrats to the treaty girls for reaching the All Ireland final!

Also, a record attendance for this year’s camogie stand-alone finals with 24,730 in attendance. positive evidence that the game is reaching more people, particularly younger supporters. On September 22, TG4 will start strongly with the very first Senior Football Final in the country this year which will be held in Fermanagh, followed by both Limerick Hurling semi-finals deferred and in full.

In other sports, news Paul O’Connell, Irish and Munster legend, is looking for supporters to answer the call, “While you’re supporting our lads in Japan, you can also be doing your part to support end-of-life care in Ireland. Pick any game and invite your friends, family or colleagues around for a tasty brunch and ask them to make a donation to a great cause.”  The Big Rugby Brunch campaign was created by the Irish Hospice Foundation to help support its end-of-life and bereavement care programmes and services. They are asking people to host a Big Rugby Brunch during the World Cup, September 20- November 2. The matches will be shown in the mornings, so it’s the perfect time to get a group together.

They also discussed the meeting of Limerick women Councillors to highlight the representation of women in local government and the need for more women to enter similar representative roles. With only eight female Councillors in Limerick city and county compared to 32 men, the representation of women in the Limerick Council is at just 20%.  During the meeting, the Councillors highlighted some of the barriers women face when attempting to get into politics, including the 5 C’s (Confidence, Childcare, Cash, Candidate Selection and Culture).

In response to some of these barriers NCCWN Limerick Women’s Network has developed a specific programme, Representing Women, that will allow women to learn more about the system before they commit to public representation roles.

And finally, they talked about the new extended services. The ADD Midwest Support Group, services included monthly support meetings with all information treated with complete confidentiality, 24-hour emergency helpline, parent training, open access to Mid West office for one to one meetings and advocacy.