By Richard Lynch on September 19, 2017@richanthon 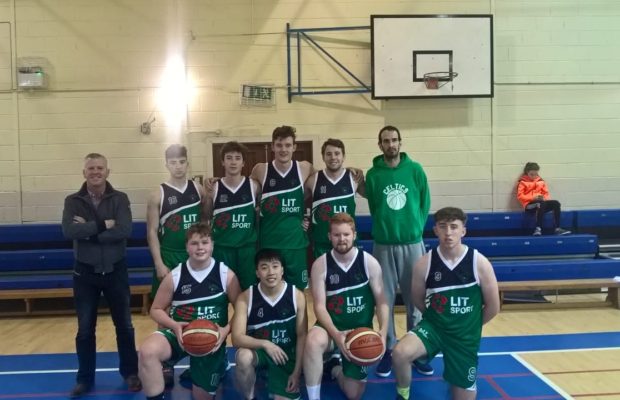 LIT Celtics take on Killarney in their opening home game this Saturday, September 23 in Thomond Community College at 6 pm.

The young Limerick squad put in a super performance last Saturday night and went down 96 – 91 in a hugely exciting game in front of a full house in Sligo.

Matt St Armour was on fire for the LIT Celtics squad and netted an incredible 56 points on the night.

Matt will be a great role model for all up and coming Limerick basketball players as he displays his outstanding shooting and ball-handling skills over the course of this season. 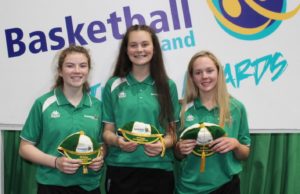 Pictured are Limerick Celtics Players Eve Nealon Ireland u17, Sabhbh Edwards-Murphy Ireland u15 and Lauren Walsh Ireland u17 as they received their International Caps at a ceremony at the National Basketball Arena, Tallaght on Saturday, September 16th.

Last year, the Limerick Celtics had their most successful season to date with titles in Cork, North Munster and 20 National titles.

Limerick Celtic U16 Boys and Girls also qualified for the All Ireland ‘A’ Championship, making Limerick History.

LIT Celtics were without two of their main players last weekend but Krystian Burchardt will be available for this weekend although  LIT Portuguese signing Andre Clerigo will still not be available for another few weeks due to a Basketball Ireland residency rule.

LIT Celtics young players made a huge contribution last Saturday in Sligo with Jordan Hehir scoring 11 points and Cian O’Reilly on 7 points. Emmett Brown and Tommy Walsh both had super games with some excellent scoring and defence on the night.

Now the focus turns to this coming Saturday as the Limerick LIT Celtics squad prepare for their Kerry opponents in what should be a cracking game. Tip-off is at 6 pm in Thomond Community College and a large crowd is expected on the night. Please try to get to the venue early to ensure your seat for this exciting game of Mens National league basketball.