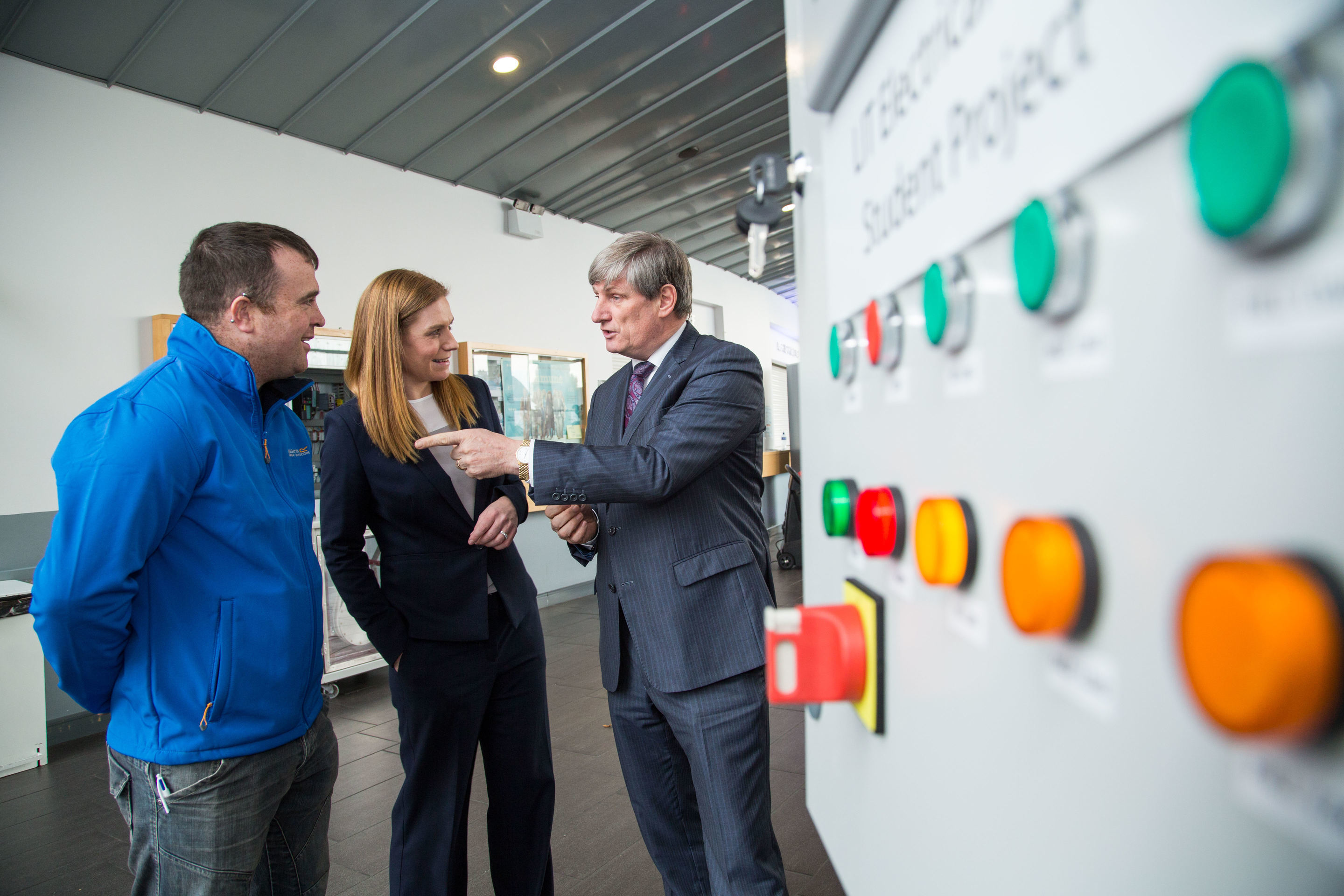 Speaking at the launch of the LIT Engineering Apprenticeship programme at the Millennium Theatre in LIT, President of the institute, Professor Vincent Cunnane said, “This is a completely new apprenticeship model for engineering in Ireland.  The people who complete this programme will become engineers qualified to play a key role in the design, construction and operation of the factories of the future.

“LIT is close to industry, and that’s what has enabled us to introduce this model in Ireland.  This new programme is a breakthrough – it is the only engineering degree in Ireland that can be earned through an apprenticeship.

“This is one of only two new apprenticeship programmes to be accepted by the government at this point.  It was developed in collaboration with the Electrical, Engineering, Automation and Manufacturing Sectors, who identified a need for qualified people to address critical skills gaps in these sectors.  The other is an insurance apprenticeship led by IT Sligo.

‎ Barry O’Sullivan, General Manager at Johnson & Johnson Vision Care Ireland said, “This apprenticeship will provide people with the skills that will underpin Irish manufacturing as it makes a major leap forward using intelligent automation and the internet of things.

“The reality is that for industry to expand, it requires a pool of people educated in this way.  The development of programmes like this helps to secure investment and employment here into the future.

“This apprenticeship is a viable alternative to a full-time third level course and reflects the strong demand in industry for “Trade Qualified” Engineers.  This is how it must be viewed.

“Developments like this, which have a national industrial impact, further underline the value of Limerick4Engineering not only in the Mid-west region but on a much broader stage.”

Global Limerick to reach out to diaspora communities across the world

Gerry Davis Announced as Winner of the Hennessy Portrait Prize 2016