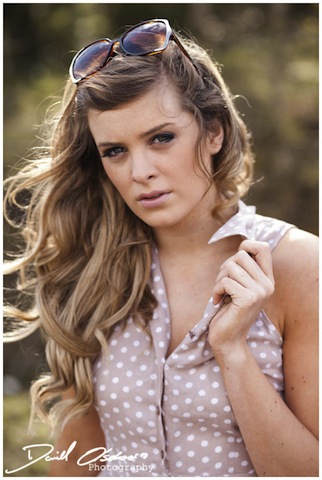 Some may wonder if Louise’s love of fashion has always existed and to answer that question we must delve into her past! One of the key aspects about Louise that is intriguing is that she knows what it’s like to be behind the camera as well as in front. Louise modelled for the renowned modelling agency by Celia Holman Lee, the Holman Lee Agency in Limerick between, 2010 to 2014; she’s featured in popular Irish TV Shows such as ‘Off the Rails’, ‘Xposé’ and ‘Ireland AM’.

Louise’s keen interest in fashion began to evolve when she went to college at Dublin City University (DCU) as she became a writer and editor for college magazine ‘The Look’. In addition to writing for the Look magazine at DCU, Louise completed her degree in Communication Studies 2013. Louise decided to continue her education by completing her masters in marketing in 2014.

At the age of 22, Louise decided to move to New York for a year to pursue a career in PR and co-operative marketing with Tourism Ireland. Through obtaining her degree and masters Louise has a very impressive CV with skills including analyzing advertising, Psychology, Media and Creativity and Analyzing Media Content.

For her, all fans that enjoy Louise’s blog today should know that it was her move to New York that inspired her to create her blog! She refers to herself as an outgoing young woman who is confident in her own skin so when the opportunity arose she jumped at the chance to share her new adventures and experiences in style.

Since beginning her blog in 2014, Louise has been blessed with amazing collaborations and featured in numerous online websites and newspapers. Some of these collaborations include Teen Vogue, TeenVogue.com, The Independent, The Irish Examiner, U Magazine, Stellar Magazine, Xposé Magazine, Evoke.ie.

A unique aspect of Louise’s blog and growing emperor is her honesty with her readers about her experiences. She talks about the struggles of moving to New York and dealing with living in one of the most expensive cities in the world. Louise is one to watch in the coming years as she takes over all our social media accounts!

Related Topics:Louise Cooney
Up Next