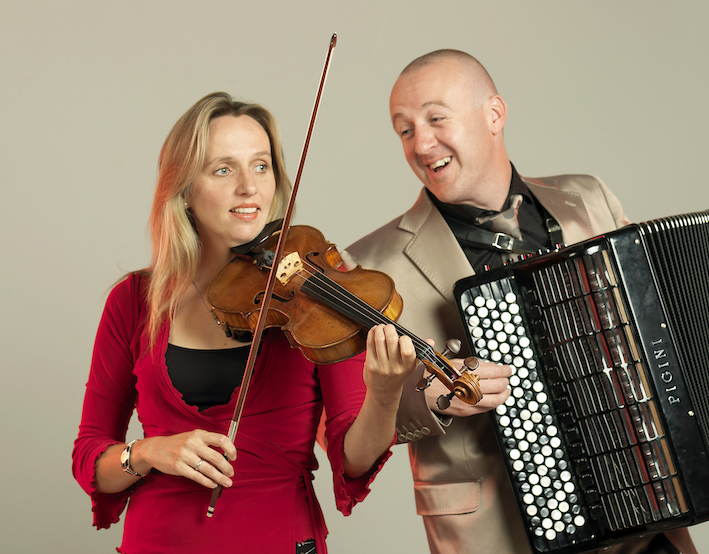 The Irish Chamber Orchestra presents Magic of the Movies showcasing some of Hollywood’s best film music, from classic movie scores to today’s most popular soundtracks on October 6 in St. Mary’s Cathedral at 8pm. A selection of these colourful works feature the accordion, played with acrobatic panache by Dermot Dunne. This programme sold out in tour venues last May so these two extra performances are much anticipated.

Bernard Hermann used tonality and pitch to great effect in his iconic Psycho score.  It is exciting, bleak, shocking and visceral all at once.  Bacalov’s Il Postino is Italian film music at its best. It is catchy and addictive in its ability to convey the lifestyles on an isolated Italian island. From the authenticity of spirit of the accordion to the romantic flavour of the strings, Il Postino is a charming and infectious score.

Jean Claude Petit’s exquisite score to Jean de Florette was inspired by Verdi’s libretto, The Force of Destiny. John Williams main theme from Schinder’s List is a hauntingly beautiful melody, written for the violinist, Itzhak Perlman, and will be show-cased by ICO Leader, Katherine Hunka.  In contrast, Williams mixes wonderment, surprise and danger in Hedwig’s Theme from the enigmatic Harry Potter.

Widely regarded as one of the most influential soundtracks, the Suite from There Will Be Blood by Johnny Greenwood is extraordinary and magnificently unsettlingly, as conflicts are played out by a powerful ICO string section which oozes tension and energy!  Nino Rota’s The Godfather has one of cinema’s greatest scores while the richly cinematic Cinema Paradiso is among Morricone’s most loved.  Henry Mancini’s iconic Pink Panther music features alongside the captivatingly I Will Wait for You from the ground-breaking Umbrellas of Cherbourg by Michel Legrand in which camera movement, décor and song were in unique harmony with one another.

For more information for Magic of the Movies call 061 202779 or visit www.irishchamberorchestra.com

For more news on the Irish Chamber Orchestra from I love Limerick click here.