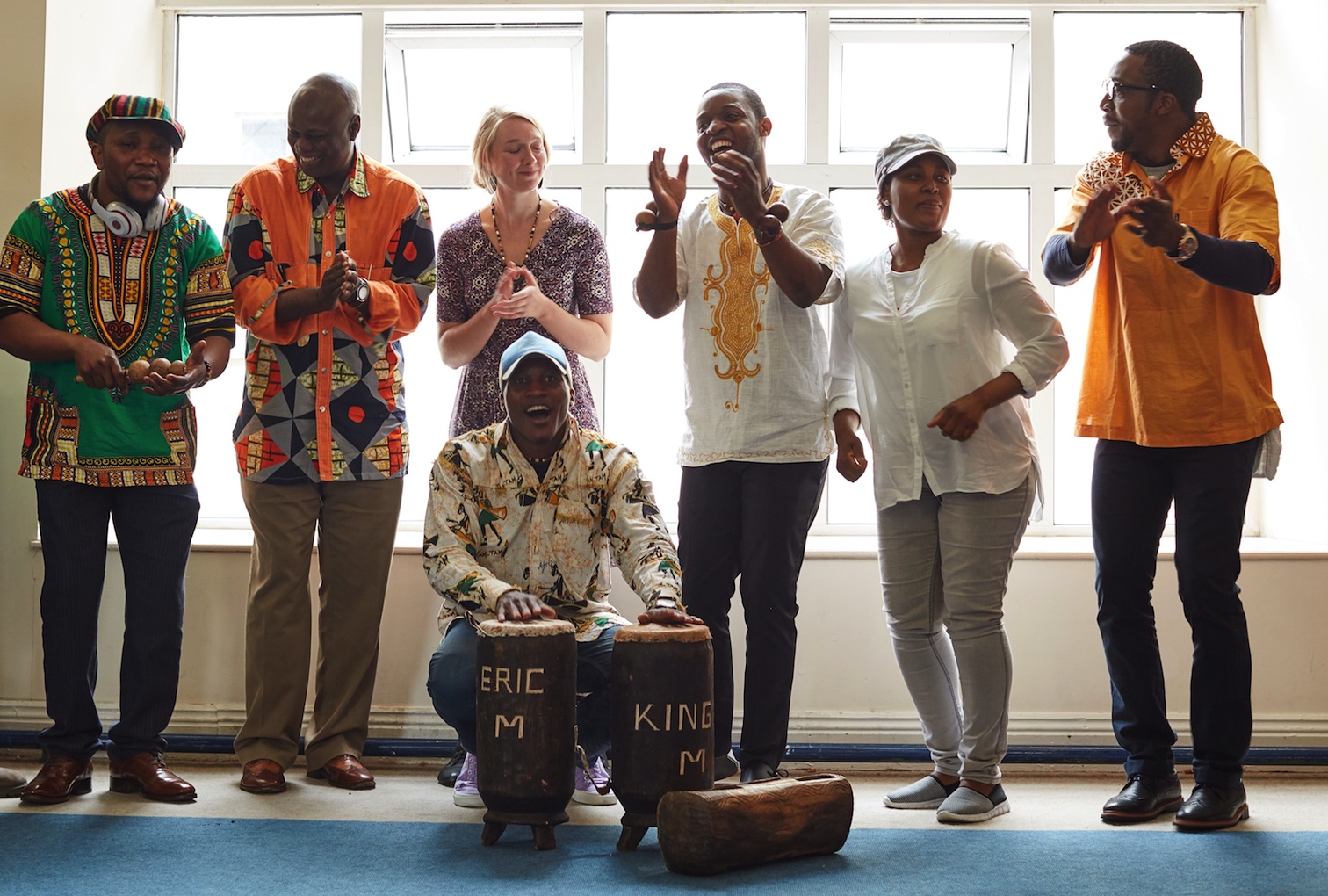 Singing and Sustainable Social Integration will take over the Tower Theatre in the Irish World Academy of Music and Dance on Wednesday, September 21 from 4-6pm. It is an event that presents research about the role and impact of singing and music in addressing social inclusion, diversity, education and well-being, with a particular research focus on migrant communities. Admission is free.

Elikya (the Lingala word for ‘Hope’) Choir was formed in 2002 in association with the Sanctuary initiative at the Irish World Academy and Doras Luimní (Development Organisation for Refugees and Asylum Seekers in Limerick).  The choir comprises members of the refugee and asylum-seeking community as well as students of the Academy.  Elikya’s first CD, To Lingana / Love One Another, was launched in 2002 and the second, Catholic Liturgical Songs, in 2016.  Specialising in secular and sacred Congolese music, the group includes members from the Democratic Republic of the Congo, Ireland, South Africa, Scotland, Angola, Nigeria, Kenya, Holland and Brundi.

It includes a seminar which is a part of the Irish Research Council’s New Foundation scheme. This will be led by Professor Helen Phelan, Dr Oscar Odena and Professor Graham Welch.  Helen Phelan will introduce the New Foundation’s project on singing and sustainable social integration, which has been developed in partnership with Doras Luimní.  Oscar Odena will discuss the use of music education activities as a way of addressing social inclusion and respect for diversity. The presentation will draw on recent publications and research on cross-community settings in Northern Ireland and migrant children in Scotland. Graham Welch will address the growing body of research on the wider benefits that can accrue from sustained, structured and successful experiences in music.

The event will also include a reception and performance by the Limerick based Elikya music group, established in 2002.Elikya specialise in secular and sacred music from the Congo, as well as other African and Irish music traditions. The choir compromises members of the refugee and asylum-seeking community as well as students of the Academy.

An information pack of the Singing and Sustainable Social Integration initiative will be launched after the seminar by Dr Evelyn Grant (Community Musician, Educator and Lyric FM presenter).  This will include information about the research project and case studies of Limerick based music projects such as the World Carnival, Irish World Music Café and Elikya.

For more information on what’s happening in the Irish World Academy of Music and Dance click here.

For more news on choirs around Limerick from I Love Limerick click here.

Related Topics:ElikyaIrish World Academy of Music and DanceLimerickSinging and Sustainable IntegrationUniversity of Limerick
Up Next