By Richard Lynch on December 17, 2018@richanthon 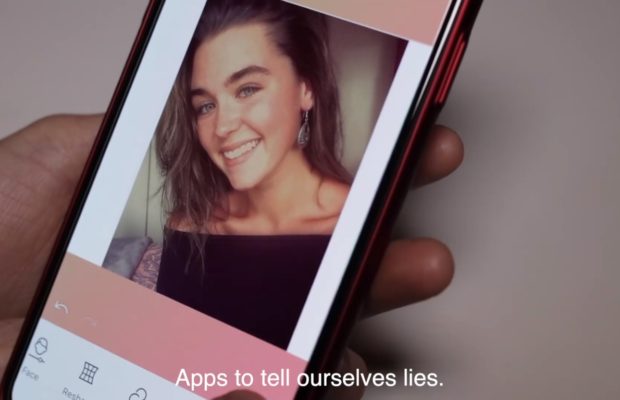 ‘Masks’ produced & edited by Adam Coleman, written & directed by Lloyd Horgan and starring Aoife Gallagher, highlights the realities of social media use and the negative impact it can have upon our mental health.

In the video Aoife Gallagher native of Tipperary, plays a young girl with low self-esteem who is becoming affected by her online interactions, allowing ‘likes’ and ‘followers’ to define her personal self-worth.

Director Lloyd Horgan works within the mental health sector, Masks was created with the intention of being the first of many videos aimed at portraying an important message whilst playing an active role in de-stigmatizing mental health issues.

Asked what compelled him to make the film Director Lloyd Horgan said: “The primary reason was to bring forward a general need for discussion, around sensitive topics such as the impact social media on our mental health on a regular basis. It’s inevitably happening and people are suffering because of it but due to the hit of dopamine, we get when we receive a like, similar to how we feel when we eat a square of chocolate or verbally receive a compliment keeps us coming back for more. It’s certainly a form of addiction which connects with the reward system in our brains and one which we can continue to overlook or perhaps aim to moderate and develop a level of self-awareness when social media is negatively affecting our minds.”

Lloyd describes Masks as being ‘just the beginning’ of what he hopes to be a very successful partnership alongside photographer & marketer Adam Coleman of thisboyknows.com and hopes to have Gallagher work alongside them too.

‘Minds Alike’ the brainchild of Lloyd Horgan and Adam Coleman was developed due to their similar passions and interests to create a platform for positive mental health.

Minds Alike have no means of external funding. The makers Adam Coleman and Lloyd Horgan are currently self-funding all their projects, for a greater cause.

“Masks” is the first of a three-part series which will feature Aoife Gallagher, with the second installment expected to be released on Christmas Eve.