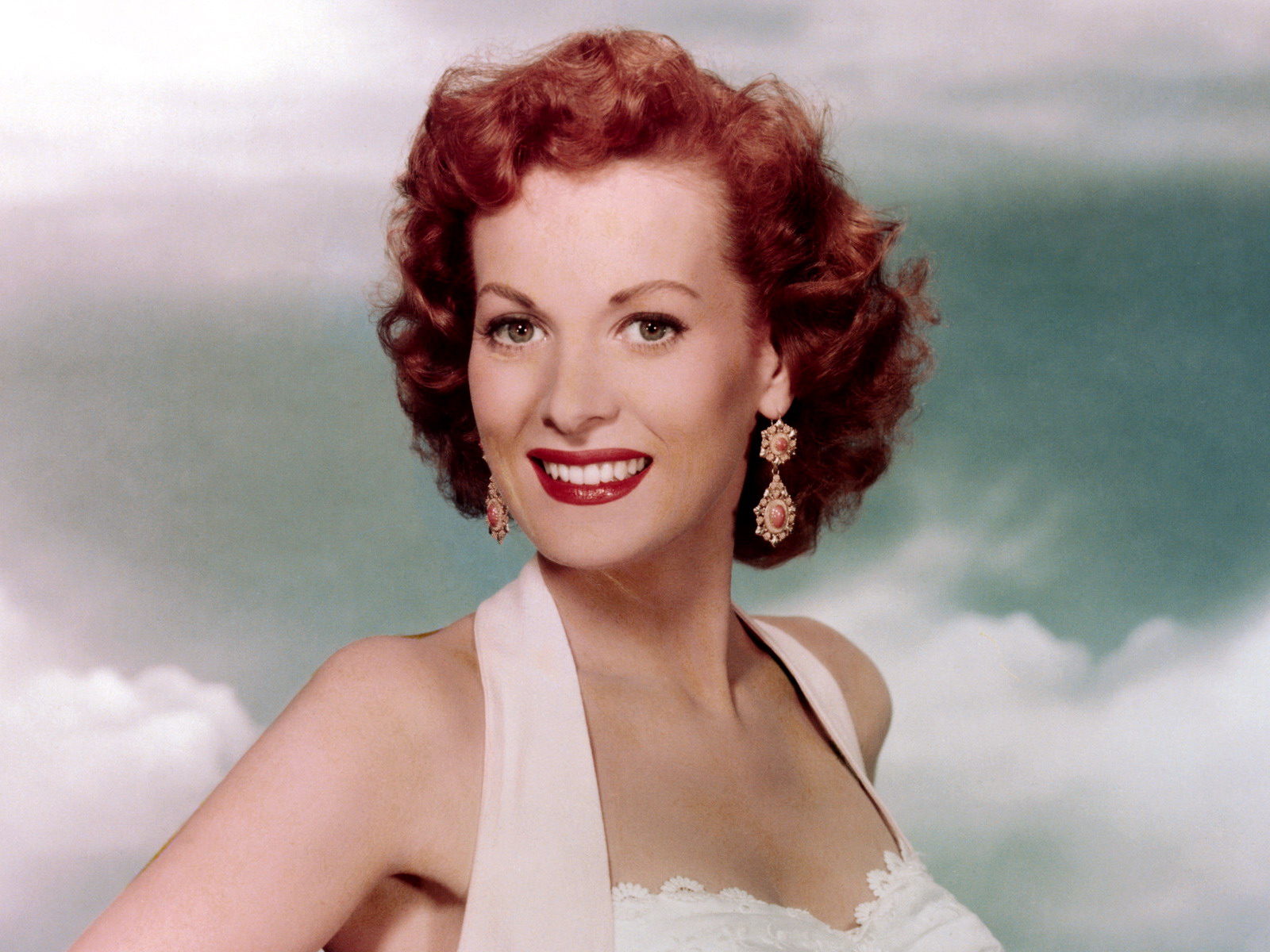 A night of Hollywood glamour and a celebration of the life of Maureen O Hara comes to Foynes on October 23, the eve of the late actress Maureen O Hara’s first anniversary, to celebrate her life and achievements, while also beginning the fundraising for the new wing of the Foynes Flying Boat and Maritime Museum.

At 7 p.m. doors will open at the museum for what promises to be an extra special celebration of the music, film and fashion of Maureen O’Hara Blair.

Maureen O Hara comes to Foynes – Maureen O’Hara’s Dress from the Fabulous Fordies, modelled here by Celia Holman Lee, is just one of the Hollywood star’s many iconic pieces to go on display in the Foynes Flying Boat and Maritime Museum. Photo: Sean Curtin True Media

Rarely seen footage of the actress will merge with clips from her best known films to provide a backdrop to a fashion show by the Holman Lee Agency that will display some of her iconic pieces of clothing for the first time. These items will later make up part of the Maureen O’Hara wing of the museum.

Her grandson Conor Fitzsimons, has bestowed almost all of Ms O’Hara’s memorabilia on the museum.

Among the items to go on display is Ms O’Hara’s Oscar, costumes and accessories from many of her films, as well as the style and dresses the Irish beauty wore to major Hollywood events and broadcasts.

And it is not just her Oscar that will be displayed in the County Limerick museum, but every international award she received, never before seen personal items, her collection of Meissen China, and much much more.

For more than a quarter of a century the life of Maureen O’Hara and the Foynes Flying Boat and Maritime Museum was intertwined, and the special relationship will now continue after her death.

Maureen was first introduced to Foynes by her late husband, pilot and airline owner Captain Charles Blair. He flew in and out of Foynes during the flying boat days 1939-1945.  It would be more than 30 years later before his wife would join him in Foynes when he landed in his own Sandringham Flying Boat in 1976 and returned again in 1978.

Then in 1988 when the idea of a museum for Foynes was first muted Ms O’Hara, who by then had a residence in Glengariff, Co. Cork, was suggested as a potential supporter of the project.

Founder and Manager of the Foynes Flying Boat and Maritime Museum Margaret O’Shaughnessy was the woman tasked with contacting the Hollywood star.

“I was given her telephone number in Glengariff so I called her, I was terrified.  But I needn’t have been. She was wonderful and fully supported the idea and promised to do all she could to promote it. When it was built she officially opened it on July 8 1989 – the fiftieth anniversary of the first commercial passenger crossing of the North Atlantic.   She became the museum’s patron and remained so until her death on October 24th last year,” said Ms O’Shaughnessy.

“Each summer she would join us in Foynes for the Irish Coffee Festival which coincided with her birthday, so she would also celebrate her birthday in Foynes.  We had a special celebration at the Dunraven Arms Hotel in Adare for her 80th birthday.  All her family flew in for it.

“And in 1991 we hosted the European Premier of her last major movie “Only the Lonely” with John Candy, Ally Sheedy, Milo O’Shea and Anthony Quinn, here in Limerick at her insistence,” she added.

“When Maureen died last year I was invited by the family to attend her funeral in Washington DC, which I did.

“Now the family have decided to donate almost all of her memorabilia to the museum and we are honoured to house it in a new wing of the museum which is currently being designed,” Margaret concluded.

A number of amazing Maureen O’Hara themed prizes will also be raffled on the night, including a return flight for two to either Boston or New York curtesy of Aer Lingus, and a weekend in the suite the Hollywood Star stayed in in Ashford Castle, Cong, Co. Mayo during the filming of the Quiet Man.

An anniversary Mass for Ms O’Hara will take place in St Senan’s Church Foynes at 5.30 p.m. on Sunday evening October 23rd and is open to all.

Tickets for “A Celebration of the Life of Maureen O’Hara Blair” in association with Ashford Castle, are limited and selling fast at €50 each. They can be purchased by phoning 069 65416 or 087 2490830 or by calling to Foynes Flying Boat & Maritime Museum.

For our previous story on Maureen O Hara click here.