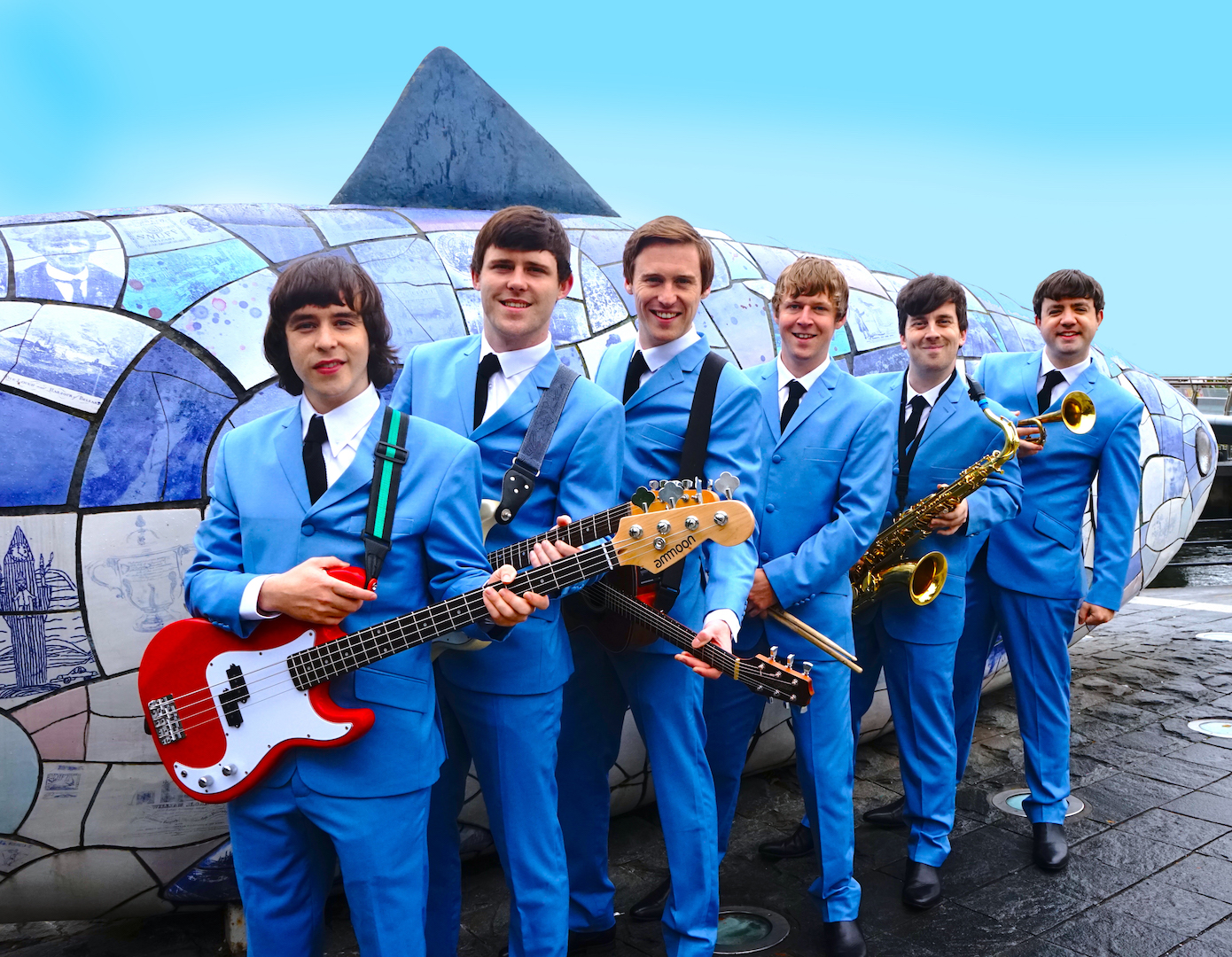 The Miami Showband story follows a live band of actors and musicians as they reenact the glory days of the infamous band in the 1960’s right through to the tragedy of 1975.

The amazing story of The Miami Showband, one of Ireland’s greatest showbands in the 1960s and ’70s, arrives in Limerick on Saturday 7th September for one night only.

The Miami Showband Story, written by Marie Jones (Stones in His Pockets) and Martin Lynch (Dancing Shoes –The George Best Story) is set to be the must-see musical of the year. Taking audiences on an amazing roller-coaster ride from the glory days of the band in the 1960’s right through to the tragedy of 1975, the show will feature a full-live band of young actors/musicians.

Told through the eyes of best friends and songwriting duo, Fran O’Toole and Des Lee, we witness their rise from Dublin and Belfast beat groups to the kind of fame and fortune any young musician could only dream of (in a contemporary newspaper report, it was suggested they would be earning more than the Taoiseach!).  But less than ten years later, the dream comes to a tragic end. When Fran is murdered at a bogus British Army road-check outside Newry, along with Brian McCoy and Tony Geraghty, Des’ life is thrown into meltdown.

Beset with survivor’s guilt, Des turns to alcohol and eventually leaves the country for South Africa. However, this doesn’t stop Fran’s ‘presence’ continuing to haunt Des and it isn’t until 25 years later when a phone call from Ireland proposes a Miami reunion that the chance of redemption is offered to Des.

Original Miami Band member, Des Lee, commented, “I’ve read the script and it’s going to be a great show, but I’ve no doubt it will be a truly emotional night for me.”

Playwright, Marie Jones observed, “As a young slip of a girl in Belfast, I danced to Dickie Rock and the Miami so it has been a real labour of love to work on this show. I know the people of Ireland are going to love it.”

The actor Chris Mohan who will be playing the iconic Dickie Rock said, “While it’s a great honour to play someone as legendary as Dickie Rock, it is also very intimidating but a challenge I look forward to very much!”

The Miami Showband Story places the dizzy heights of pop stardom alongside human tragedy in this unique story of Ireland in the 1960s and ’70s.

Tickets are €30 plus a booking fee and can be bought online or through 061 331549.  The show is on Saturday, September 7th at 8 p.m. at University Concert Hall, Limerick

To learn about other events at University Concert Hall, click here.

Omnicon: Limerick’s leading geek culture convention is back for its first two-day event