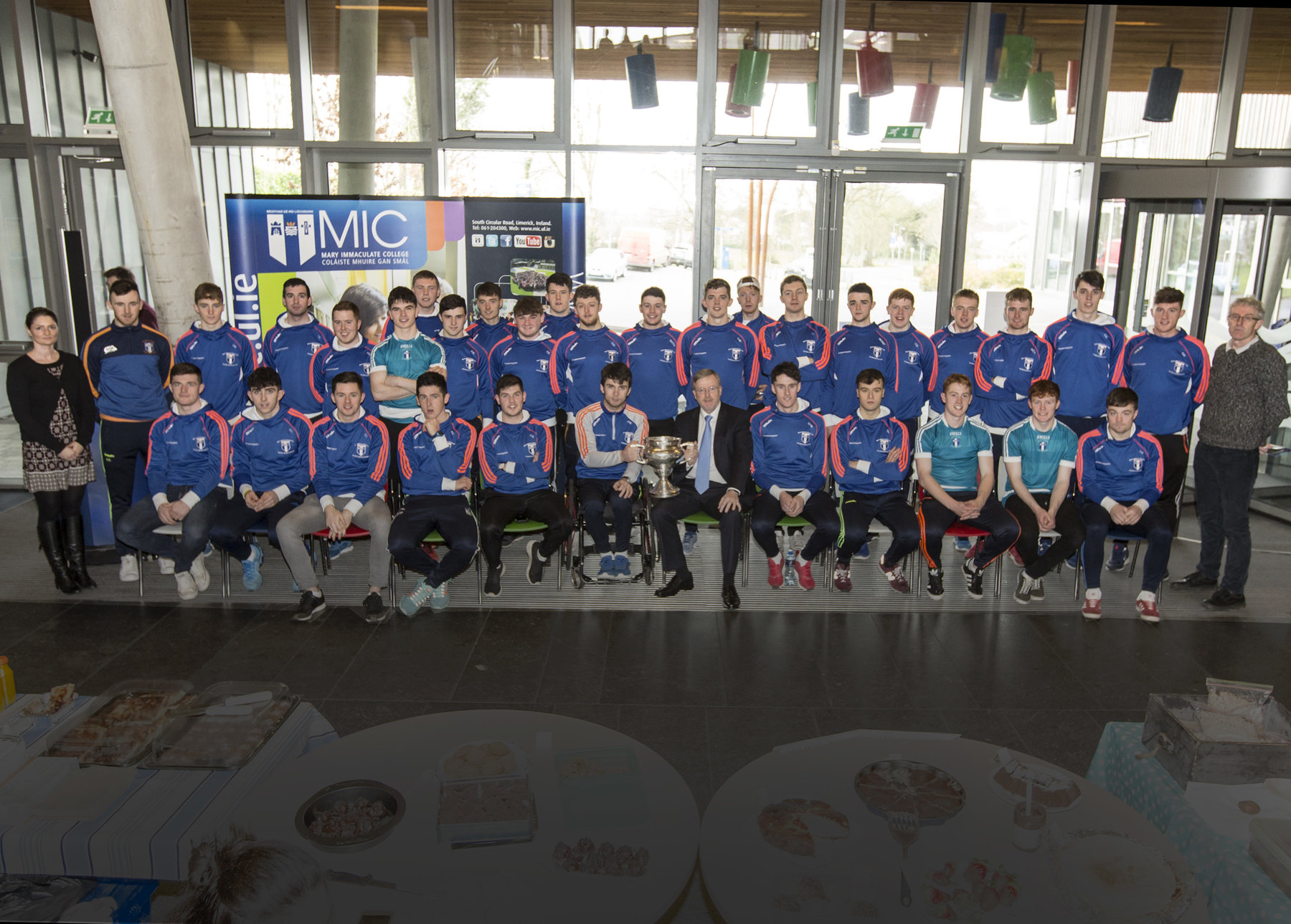 Celebration Dinner in Honour of the MIC Fitzgibbon Cup Champions 2017

Celebration Dinner in Honour of the MIC Fitzgibbon Cup Champions 2017

Mary Immaculate College Senior Hurlers are Fitzgibbon Cup Champions 2017. The college has made it two-in-a-row on Saturday, February 25 when they overcame IT Carlow in the final with a full-time score of MIC 3-24 to IT Carlow 1-19.

A celebration dinner to honour the team, who are managed by Jamie Wall,  will be held on Monday 3 April in the Castletroy Park Hotel, Limerick.  Drinks reception at 7.30pm, followed by dinner at 8 pm and dancing until late. Tickets (€50 for full event or €20 for Afters Dinner ticket) available from Mary Immaculate College Students’ Union as of Monday 13 March. Tel: 061 400013.

Mary Immaculate College welcomed home its victorious Senior Hurling Team, who are back to back Fitzgibbon Cup champions 2016 & 2017, at a special event held at the College on Thursday 2 March.

Speaking at the homecoming event, which was well attended by staff and students alike, Professor Eugene Wall, Acting President of MIC, said: “This victory marks a historic moment in our College’s history. For a College with just 3,800 students to secure such a title is a wonderful achievement. To do it twice is extraordinary. Your determination and tenacity during the match were inspiring and you truly were deserving victors. We are all very proud of you.
“Teams like this do not become champions without excellent management and support. I would like to acknowledge the work of MIC’s hurling team manager, Jamie Wall, who steered this team in the direction of victory”.

He also paid tribute to Eoin Quirke, who captained the team to victory, to Cian Lynch, on being named TG4 Man of the Match, to all of the backroom team and to Ciara Cregan, MIC Sports Officer and Joe Redington, MIC GAA Development Officer, on supporting the team to their victory.