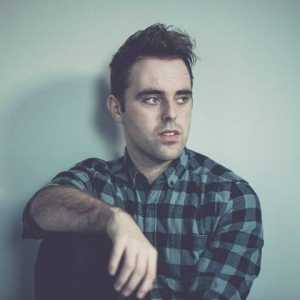 Nile St James To Leave Behind. Is out now! It is the first release ahead of his upcoming EP that is giving a taster of what to expect.

Exciting news has hit Limerick as local musician Nile St James has released his brand new single To Leave Behind, the first release of his upcoming album. The single was recorded along with a beautifully intimate music video all in one take in the  Ormston House filmed by Shane Serrano. It is the first of a series of live performances from around Limerick City.

The soul-funk singer-songwriter from Parteen, Niall O’Halloran who goes by Nile St James delves into realms of the heart and comes forth bearing brutally-honest lyrics and an emotionally fueled performance of soaring, soulful vocals and captivating arrangements, Nile St. James has quickly established himself as a reputable soul artist in the Irish music industry and is still on the rise.

Nile found solace in the arts at a young age, taking to the records of Aretha Franklin and Stevie Wonder to escape from every day, spiriting away into the world of 1950’s soul music.

With stories birthed from living in Dublin City for three years, Nile shares experiences of city life, love, loss and social injustice. The result is an artist that brings to the stage an emotional performance and story that tugs at the heartstrings of listeners.

Last August 2017, Nile earned his seat on the charts nestled between world known artists such as The Script, Kodaline, and Childish Gambino with his then debut single Fell For You and since then he has been rising high in the music industry.

Nile St James To Leave Behind reaches a new level of heart-warm love. His rich and powerful voice and beautifully poetic lyrics lure you in closer to the story he tells. His flawless performance, accompanied by an elegant piano, played by Martin Atkinson, was captured incredibly well in The Ormston. Now after the release of Nile St James To Leave Behind, only more great things can be expected from this talented musician.