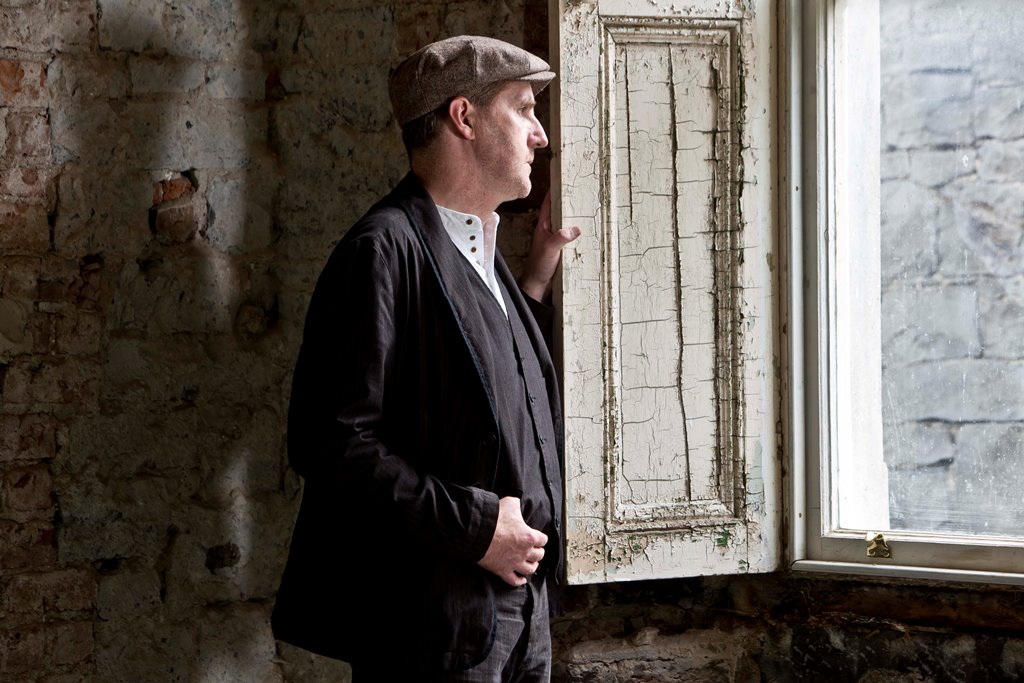 “On the Wire” – caught between no man’s land and home: Promenade theatre production explores what happens after a soldier returns home from WWI.
11-15 November 2014

“On the Wire”, a new, devised theatre production from Wildebeest Theatre Company, explores a soldier’s return to Limerick after World War I.  Inspired by real-life stories of Limerick people who left for the war, and those who were left behind, “On the Wire” takes the audience on an intimate, poignant journey through the aftermath of war.  Written and performed by a cast of Limerick theatre artists and directed by Terry O’Donovan, this site-specific production runs from 11-15 November at 6pm and 8pm daily at The Sailor’s Home in Limerick’s city centre.  Tickets €15.00 / €12.00 from www.onthewire2014.com “On the Wire” is presented in association with Limerick City of Culture.

It’s February 1919.  Jack arrives home to Limerick.  The war is over but, for Jack, the battle carries on.  How can he return to his family and life back home, when he is haunted by all he has seen; all that he doesn’t want to remember, but is unable to forget?  Opening on the anniversary of Armistice Day, November 11th, “On the Wire” is a dramatic exploration of life in Limerick at the time of the Great War.  Combining archival material – including personal stories, photos and diary entries gleaned from research by historian Eamonn T Gardiner  – with original design, the impressive Sailor’s Home is brought back to life in this thought-provoking promenade performance, created to mark the centenary of World War I.

Deviser-Performers:
Mike Finn
Mike is a playwright, screenwriter and actor, an Honorary Fellow of the University of Iowa and holds an MA in Scriptwriting from the National Film School.  He is a founder member of Island Theatre Company, for whom he appeared in over 20 productions including the title role inThe Elephant Man and leading roles in Same Time Next Year, Candida, Translations, All My Husbands, Sive, Northern Star, Borrowed Robes, The Tempest and Pigtown. Recent theatre roles include Porkville (Bottom Dog), Angels in the Park (Shiva Productions, Ranelagh Arts Festival) and Fragments of Remembrance and Brewing (The Limerick Experiment). TV and film appearances include Killinaskully, Inside The Crystal Ball, Ghostly Rental, Star Portal and Cowboys And Angels.

Marie Boylan
Marie is a native of Limerick and studied Drama and Theatre Studies at Trinity College Dublin. She is Artistic Director of Wildebeest Theatre Company and is a board member of The Limerick Theatre and Performance Hub.  Marie’s acting credits include TAN (Wildebeest), A Different Animal (Wildebeest), A Christmas Carol (Bottom Dog), The Rainbow’s End (Ofegus) and Killinaskully (RTE). Marie also works as a director and writer.  Directing credits include Siege (Amalgamotion), A Doll’s House (College Players), Losing Grip (LYT), The Miser (LYT) and Brewing (The Limerick Experiment).

Shane Whisker
Shane is an actor and deviser from Limerick.  He was a member of Limerick Youth Theatre prior to studying for his degree in Theatre and Film from the University of Wales, Bangor. He has since trained as an actor and director at The Lee Strasberg Institute in Los Angeles and with The Lyric Theatre in Belfast.  Recent work includes The Colleen Bawn Trials by Joan Sheehy, The Lantern Man by Jane Coyle and, as a performance deviser for Anu Productions and The Performance Corporation.  As part of the Limerick Experiment, Shane was co-writer/deviser of Red Square and an actor in Fragments of Remembrance and The Catch.

Wildebeest: Making theatre inspired by local stories
Wildebeest Theatre Company was formed in 2011 by Marie Boylan. Based in Limerick, the company focuses on devising and producing professional theatre inspired by local stories. Past productions which have toured to venues and festivals nationally include “TAN”, “Tanalogues”, “A Different Animal” and “The Real World”. “A Different Animal” and “TAN” received production funding from Limerick City Council, and Wildebeest received funding from Limerick City of Culture to produce “On the Wire” to mark the centenary of World War I.