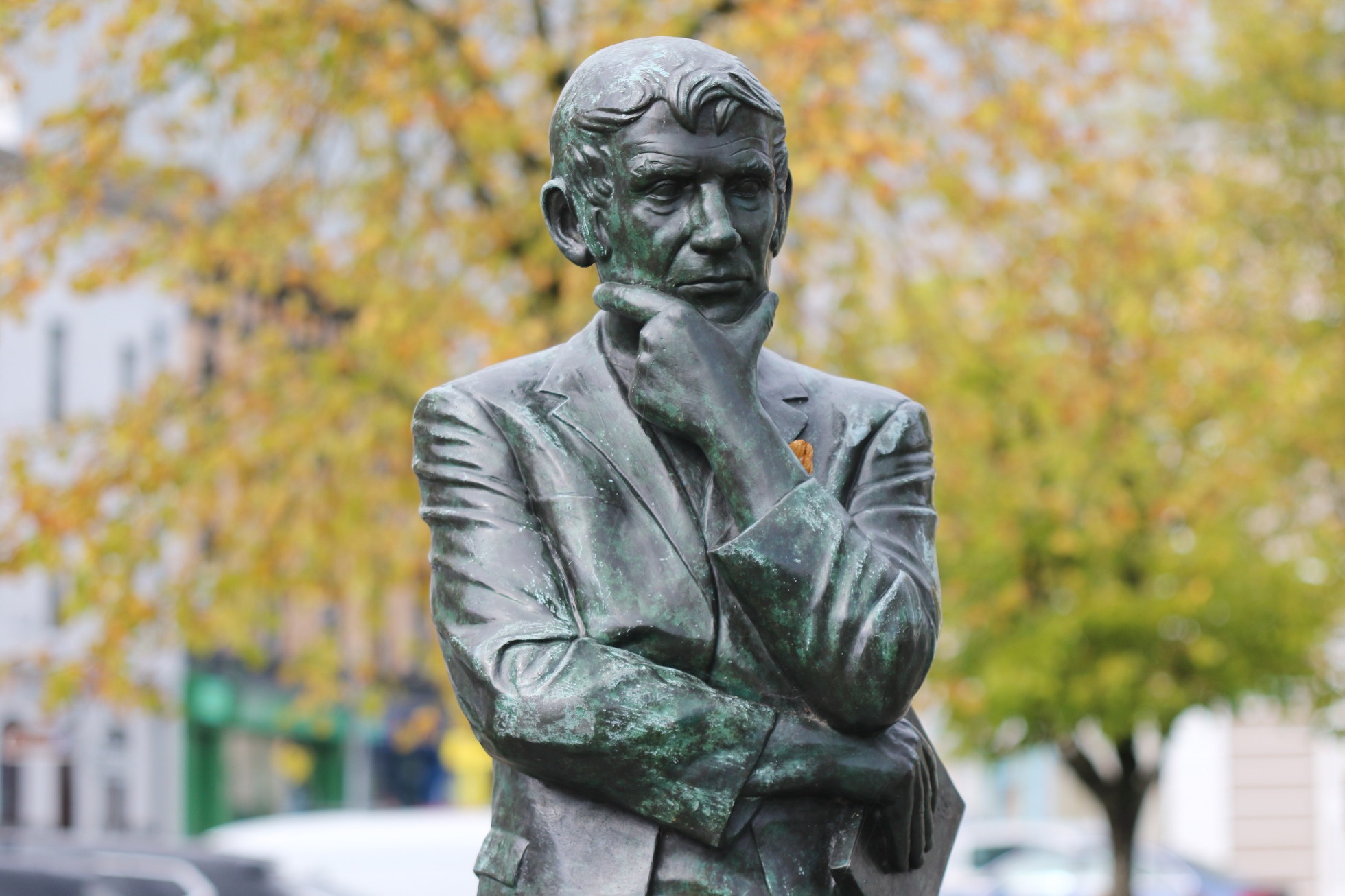 Orpheus Michael Hartnett: Friday, October 18, Guthanna Binne Síoraí will stage a bi-lingual multimedia reading of this unique and influential poet who was steeped in the Gaelic tradition.

Guthanna Binne Síoraí will stage a bi-lingual multimedia reading Friday, October 18, of this unique and influential poet who was steeped in the Gaelic tradition. A man ‘who lived his art’, as noted by one of Ireland’s foremost poets and translator Gabriel Fitzmaurice – who will read poems in Irish, and share his memories of his friend Michael. Head of voice at The Lir Academy and artistic director of Guthanna Binne Síoraí and Mouth on Fire Cathal Quinn will read poems in English. Sean-nós and contemporary dancer Sibéal Davitt will respond to the texts and to music by Michelle Mulcahy on the harp, fiddle and concertina, and from musician, broadcaster, and producer Tristan Rosenstock on bodhrán.

Orféas Nua / The New Orpheus, Michael Hartnett: A bi-lingual celebration twenty years on takes place at 8 pm, Friday, October 18, at 1 Pery Square, Georgian Quarter, Limerick. Tickets are €5 and are available at the door on the night.

Seamus Heaney of Michael Hartnett said, “I’ll never forget reading his first short poems…they had a kind of hypnotic power, as if a new Orpheus has emerged from Newcastle West. He was Limerick’s Lorca.”

For more information on The New Orpheus click here

For more information on Culture and Art click here

Related Topics:artculturegaelic tradition
Up Next