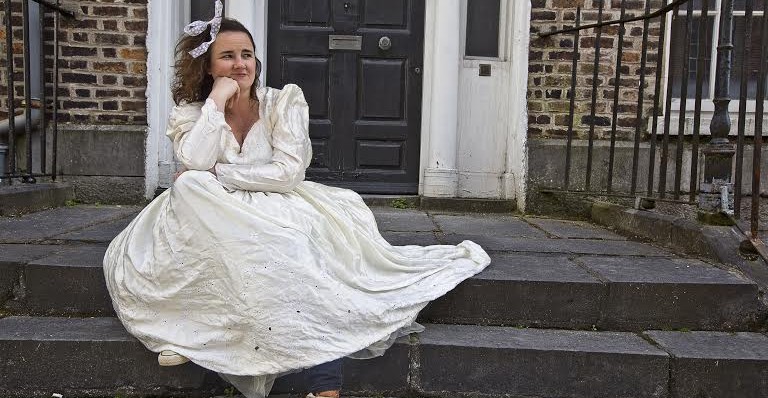 Yes or No? A young woman, finding herself at an unexpected yet strangely inevitable crossroads, has an odd proposal to put to an audience.

‘Overnight Minority Report’ is a short play written by Ann Blake based on personal life experience. The piece was a result of HatchLk, a theatre artist development scheme that was run in Limerick from January to April 2015. Focussing on political themes six writers created works in progress and it was out of this process that Ann Blake wrote and premiered ‘Overnight Minority Report’. Written in the very specific terrain and environment that has been created in the run up to the Marriage Equality Referendum, Blake tells a story to pose a question.

The most important civil rights issue of our time is about to be voted upon on May 22 here in Ireland. The Marriage Equality Referendum is not about a fight for religious marriage, but of civil marriage for same sex couples. Civil marriage is a marriage performed, recorded, and recognized by a government official. This Referendum is about offering gay people the same rights in regards to issues such as taxes and the death of their partner. It is simply a human rights issue. Please turn out at the polling stations on May 22 to vote for love.

‘Overnight Minority Report’ is directed by Ciarda Tobin, a Limerick based theatre director/playwright and member of Amalgamotion Theatre Company, the play also includes Dublin actress Lucia Smyth who studied with Blake in NUIG and trained in circus and theatre in Circomedia, Bristol.

‘Overnight Minority Report’ is having three performances, 1.15pm, 6.15pm and 8pm in 69 O’Connell Street on Tuesday May 19th. The play is thirty minutes in length and tickets are €5.