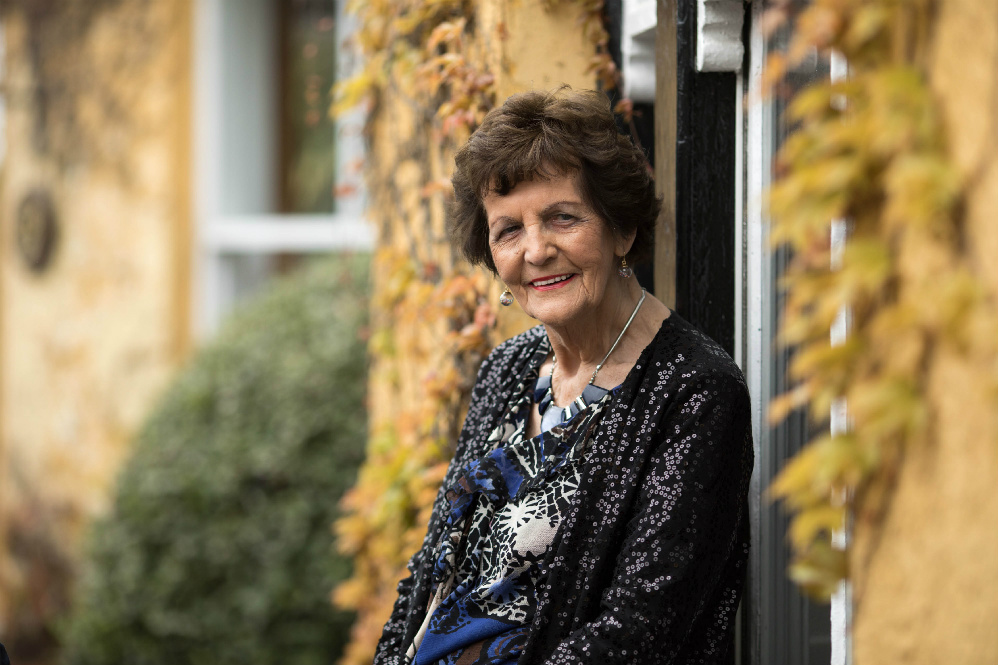 Philomena Lee will chat with Newcastle West native Seamus Hennessy ahead of her guest appearance today at Eigse Michael Hartnett will have the chance to hear that story first-hand from Philomena herself who is the real-life star of the film ‘Philomena’ while in her hometown of Newcastle West.

Philomena Lee was born in Newcastle West but when, at the age of 18, she became pregnant, she was sent to Sean Ross Abbey, Roscrea, a home for unwed mothers. Portrayed by Dame Judi Dench in the film, Philomena’s remarkable story of giving birth to a son in Sean Ross Abbey in the 1950s is touching but also shocking and inspiring. After giving birth to her son, Philomena lived and worked in the mother and baby home with her child until she was 22 when she was forced to sign adoption papers.

Her son then aged 3, was taken to the US. The extraordinary story of her search for that son, Michael, in later life is told by Martin Sixsmith in his book The Lost Child of Philomena Lee. It was a story that became known world-wide through the film Philomena in 2013. Philomena moved to England as a young woman, where she worked as a nurse. She married and reared two other children. She continues to be an advocate for adoption rights.

Philomena will be in conversation with Seamus Hennessy tonight on the opening night of Eigse Michael Hartnett. Philomena expressed her joy at returning to Limerick. she said “I am delighted to be in Newcastle West, It’s my home town.”

Tonight, all those who remember her as a child and young girl, and who remember her family, will have a unique chance to hear and greet her. But capacity for the event which will take place in the library in Newcastle West is very limited.