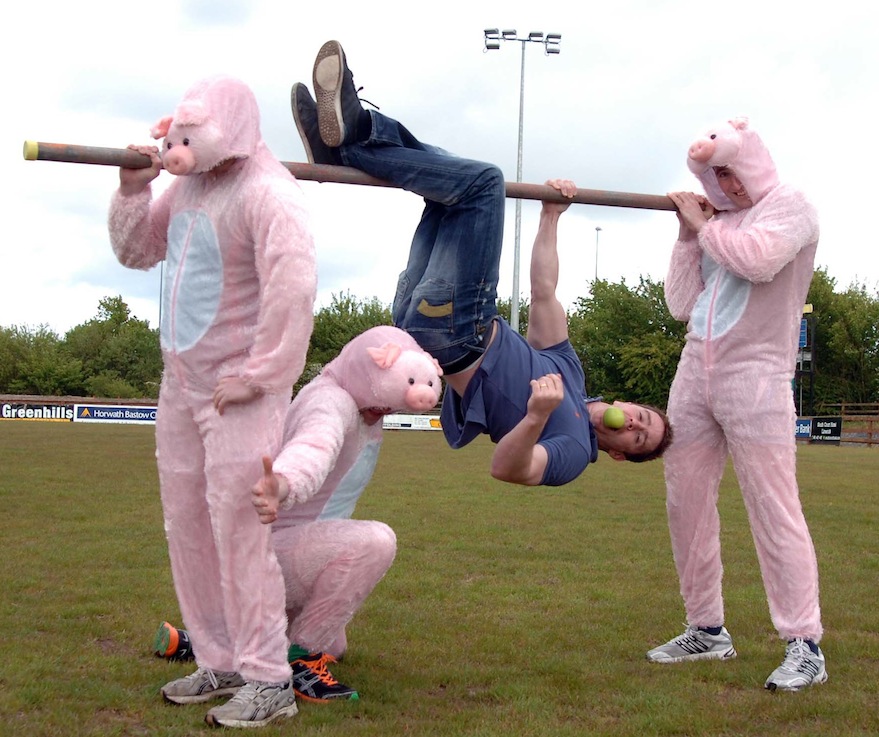 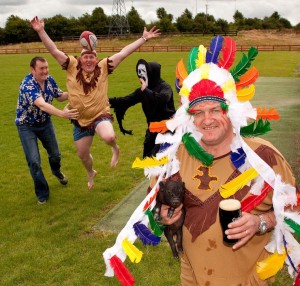 LIMERICK’s tag rugby festival, the Pig ‘n’ Porter, returns this July for its 12th instalment, with 3,000 happy taggers set to descend on the city. More than a decade after starting life as a small event with a mere handful of teams, the festival – now the biggest one day tag rugby event in the world – hopes to welcome up to 120 teams from across Ireland and Europe to compete in Old Crescent this July 12 and 13. The event combines sport, food and live music in Ireland’s rugby capital and is a huge social occasion on Limerick’s festival calendar. An estimated horde of nearly 5,000 revellers made their way to the post-tag celebrations last year, and with a huge number of teams travelling from outside Limerick for the event, it offers a huge financial windfall for the local economy. “The Pig n’ Porter has become one of the highlights of the summer since we started back in 2002,” said Billy Breen, spokesman for the event.

“It gets bigger and better every year – we’re expecting 120 teams from Ireland, the UK and beyond. It’s a great opportunity for visitors to come to Limerick, and we’re always delighted to see people enjoying a great day and night of tag rugby, music and entertainment,” he added. Teams travelled to play on the rolling pitches in Rosbrien from the UK, Europe and as far away as Australia last year, the top ‘A’ division of which was won by London-based team the Chargers, made up mostly of tag crazy Aussies. Mr Breen said the Pig ‘n’ Porter had “grown from a small event into an international festival, and since it started we’ve had more than 16,000 people from around the world take part”. “We are proud that it’s become a permanent part of the summer in this great sporting city,” he added. The festival is run in conjunction with the Irish Tag Rugby Association and is sponsored by Heinz Tomato Ketchup and supported by Failte Ireland as part of the Gathering 2013. The festival features an added twist this year with Ireland’s top tag rugby players set to face off against Great Britain in a three-match international series on Friday, July 12. The main event will run on Saturday, July 13, with tag taking place during the day alongside plenty of family entertainment and a massive 9,000 square foot marquee at night to entertain the masses.

Registration is now live and details are available at www.pignporter.com.

Sing Out With Strings – UCH June 21

Developing Limerick as a STEM City